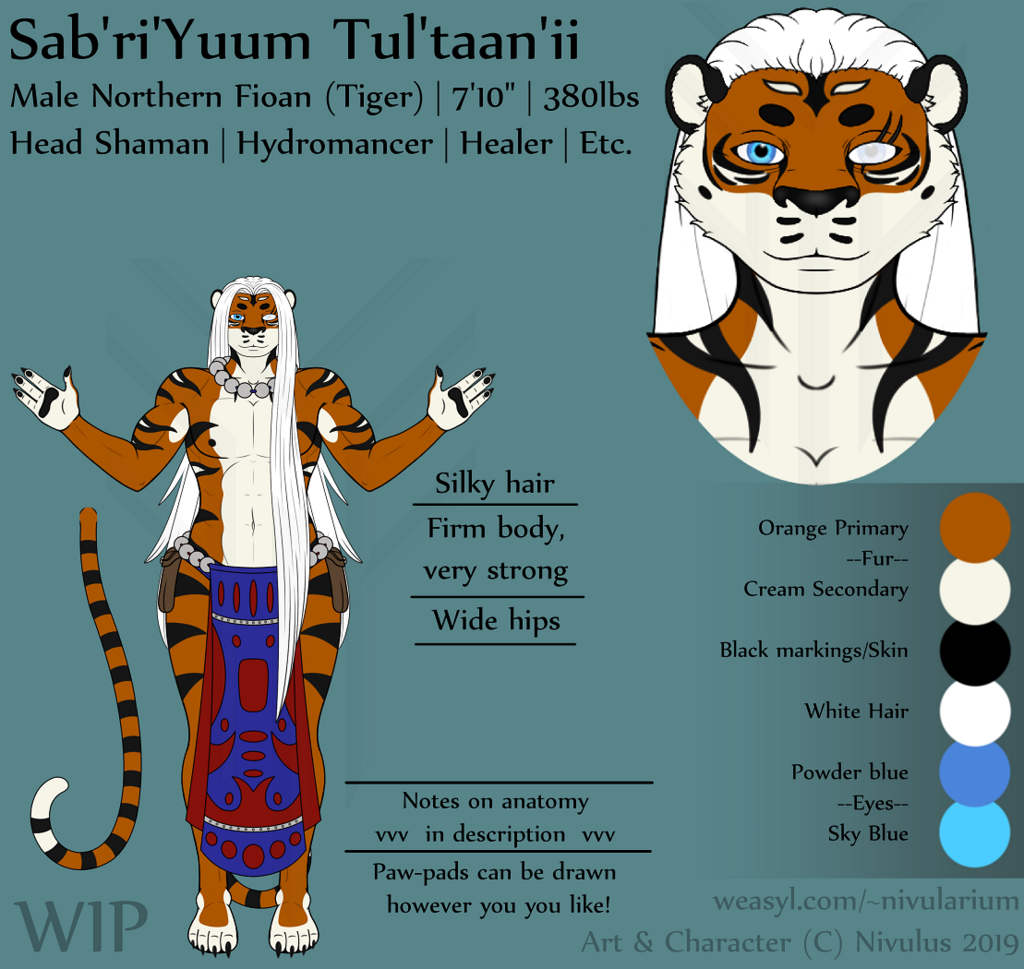 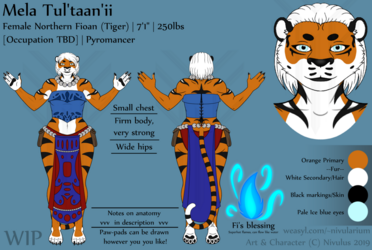 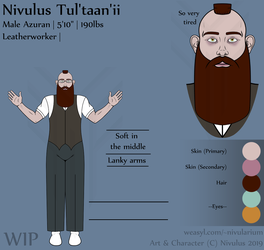 Sab is the head shaman of Val'En. As such he provides guidance for life and spirit, general healing, and advises the chieftain, his close childhood friend Pas'ta'bol. He also has other minor responsibilities, such as awarding achievement beads and other things we haven't thought of yet. (Shaman is used here as a general catch-all term, I'm working on a better title that more accurately describes his role. It'll seem like he's being titled inconsistently in the meantime, but they're all accurate)

Patient and thoughtful, Sab often serves as a diplomat in his own right, and has played a major role in Val'En's acceptance into the Central Union, and its subsequent modernization. He is no less capable a warrior, though, and has demonstrated a physical prowess to match his intellect even quite recently. He is known to have single-handedly killed feral dragons, and though there's been no such need for years, none doubt he still could.

Sab is also an accomplished hydromancer, which served him best when his daughter Mela was found to have Fi's Blessing, a powerful fire magic that flows like water.

Northern Fioans have four fingers and digitigrade legs with three toes. Because of the way I draw these, I haven't really worked out how to do all that yet, in a way that doesn't look bad. This is further complicated by Ray not following his own designs like a ding-dong. I really wanted to post these, and I update them anyway, so here it is.

Sab specifically is supposed to be rather bulkier than shown here, but again, I'm still trying to figure it out.