Buns of Justice by Nivularium 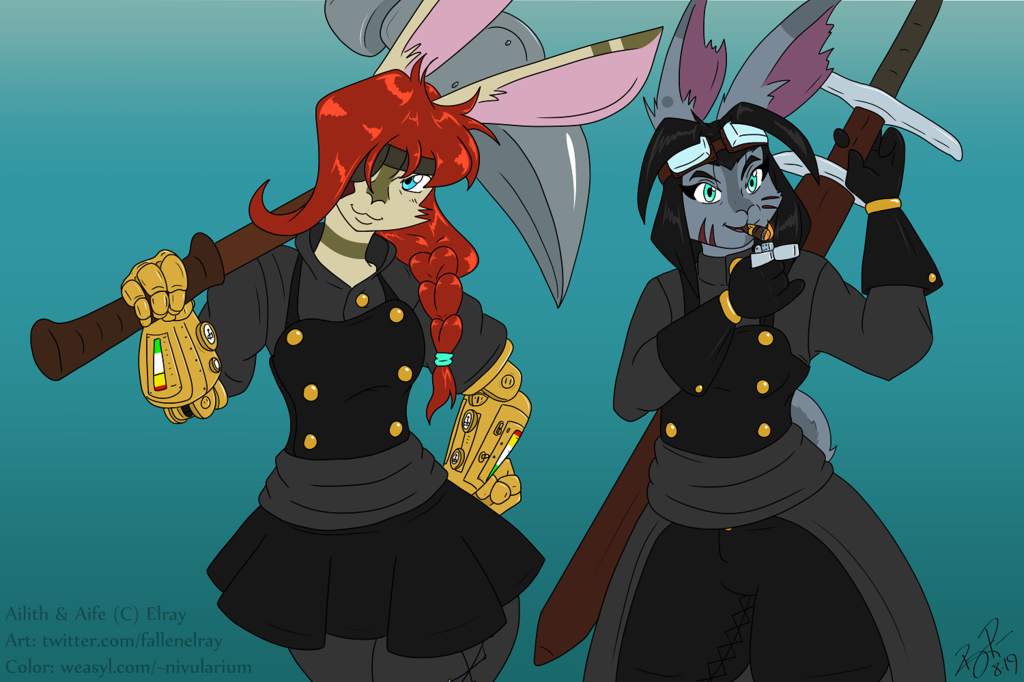 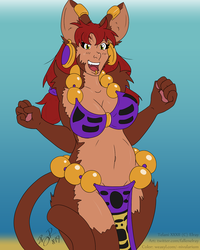 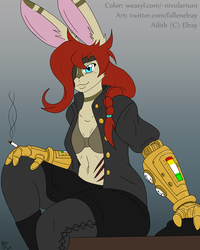 So apparently I've never posted of these two before now? Which... I could have sworn I had. Maybe I'm just thinking of Tumblr...

Ailith (left) & Aife (right) are both officers in the capitol city of Alzandretta, and happily married. Ailith lost her arms and eye in an ambush, and was subsequently outfitted with steam-powered replacements. These can be switched between heavy, high-powered combat fists with a companion power pack, and smaller day-to-day hands with greater dexterity and fine-motor control, each with fully self-contained power supply. Aife being mechanically inclined, maintains and repairs these arms, often complaining about how much her wife abuses them.

They're still being fleshed out, but that's what Ray's come up with so far. This is actually two pictures stitched together because it's cooler to see them together. I tried a new thing for highlighting hair. I kinda like it.