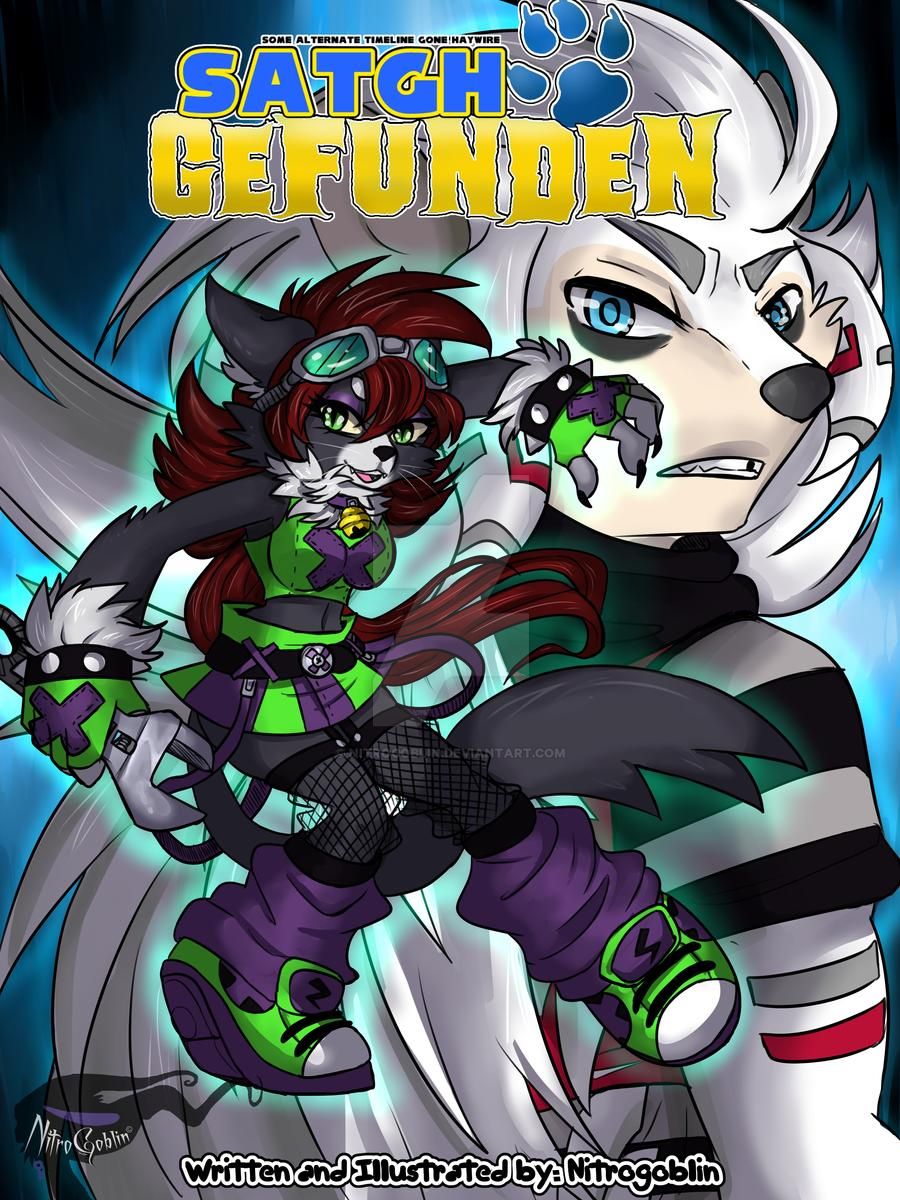 Yes, these poses may look familiar, and it's intentional...

I'd like to present a secret side project I've had in the works. A special gift for those of you who preferred the 'Sonic the hedgehog and the Gearhead' series more than my original Gefunden series. Here is a special alternate universe that is it's own separate continuity of Gefunden. No, I'm still not doing fan projects, but this series is a revival of the SATGH story, remastered with a completely original cast and modified story that will tickle your nostalgia if you liked the original. I can't promise quick updates with this, but I will try to update whenever I can. It is now a running series of mine!

It can also be found over on my FA, Webtoons and Smackjjeves.

Anyways details and link are below, do enjoy.

Other places you can read the manga...

Do you enjoy our series? If you do, please consider becoming a patron to help fund the running manga. Anything helps. C: www.patreon.com/NitroManga

SUMMARY:
An alternate universe Parody mini-series that was repurposed from my old retired 2008 SATGH fan story that originally had spawned my Gefunden series. SATGH (Some Alternate Timeline Gone Haywire) is a separate continuity, taking place in a more futuristic society threatened by the evil genius mastermind, Dr. Archie Freid, while in turn protected by the heroic hero Lync and his allies. However, a neutral party is the central focus is this story, only with them can the world be saved.

First: You are here

Next: TBA (I'll upload the comic series here if I get more hits on my stuff.)