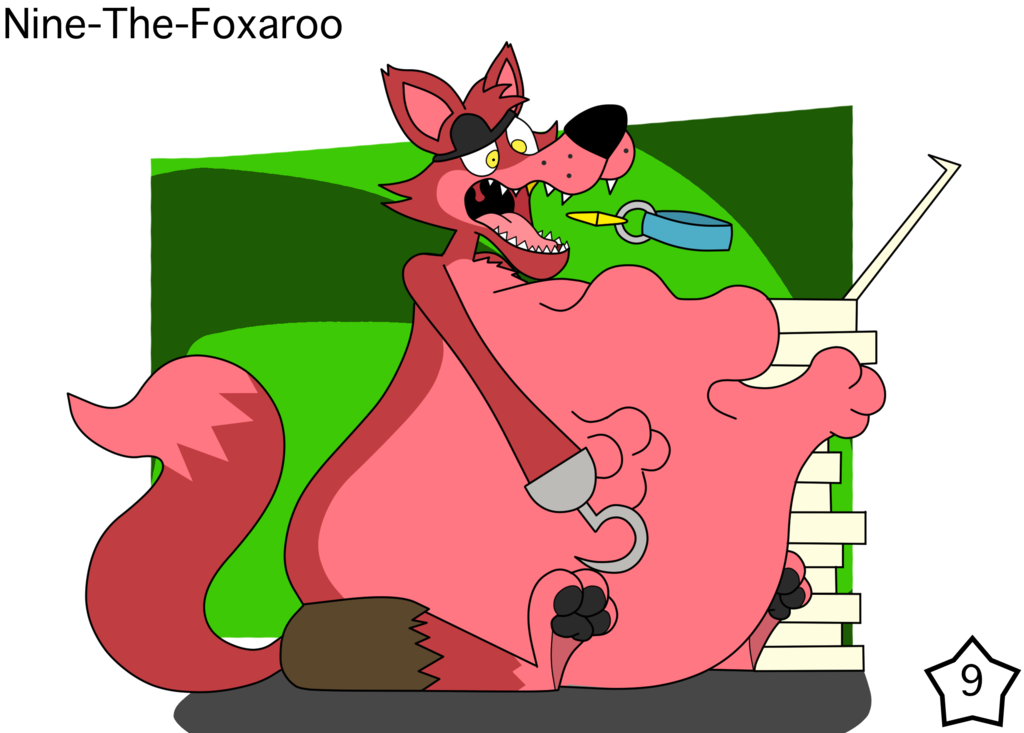 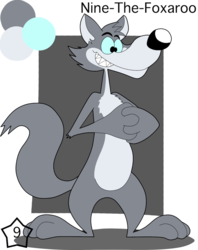 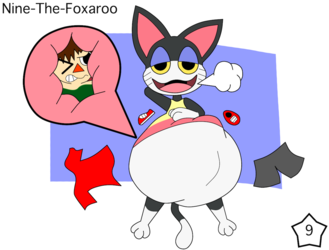 Given their popularity it's no wonder good ole FazBear Pizzeria started offering delivery, now anybody could
enjoy a quality Fazbear pizza from the comfort of there home, an opportunity that sat well a certain meddling
dog named Scooby Doo. Scooby was quite glad he'd never have to enter their store every again, especially
after the last time he went to a "supposedly haunted" franchise store, never again he would be draged off
during pizza time by that crazy fox into Pirate Cove and be promoted to his First Mate. So you could just imagine
the concern on Scooby's face when he ordered his usual dozen pizzas and was told he was the lucky customer
of the day and a Mascot was going to be delivering his pizza, he was going to cancel his order but then he thought
to himself:

Before he even knew it his door bell rang, 15 mins before it's estimated time of delivery, very professional even if the delivery guy was gonna be a hellish hungry mascot. Scooby happily trotted over to the door, money wrapped up with is tail.

"Relloooooo Rizza ruy, row ruch ro I-" Scooby froze in fear, while he couldn't really see who was behind the tower pizza
boxes, when was quite certain only one mascot had a hook hand.

"Ah ahoy thar mi matey, either we be buying fer the whole crew or hungrier then ole Capt'n Long John Silver, ifin ye don't mind I be inviten miself in, these here boxes be heavier then the Queen Anne's Revenge er maybe that's just be do to Blackbeard's booty, YARHARHAR that'd be a bit o nautical humor fer ya matey."

Foxy waltzes right into the house, Scooby just stood there still frozen not making a peep while Foxy put down the tower of boxes, he then spoke.

Ah now that'd be a load off me weary bones, took the wind outta me sails getting them here, now then yer total be aboot
5,810 doubloons or aboot 75 dollars worth of your capitalist paper monies plus ti- Foxy looks across the room and notices his customer is Scooby

"FIRST MATEY SCOOBERS Foxy pounce tackles him and locks him into his First Matey Birthday Bear Hug™, all without the safety waiver too, lucky dog.

"Arrr it make me jollier then a roger to see ya again, and here I thought that cruel mistress of the sea's Sally took ye away from me crew forever with Davey Jones's Stomach Pump™, Sniffles a bit pardon the waterworks coming from me eyeballs, musta have a grain o sea salt in me eyeballs." Nuzzles and starts smooching

Well it is cute and harmless, one tend to forget Foxy has tiers when it comes to showing affection, first is Smooches and nuzzles, next are Nibbles which may be a bit too much for those who enjoy personal space but still harmless and cute, next however is gnawing which may be still ok by kid's standards if they enjoy being softly chewed on by a pirate fox and coated with saliva, final tier is just blatant gobbling, like your kid is as good as gone at that point dude trying to pull them out will over give the eventual stomach pump more work then it should have to do. Scooby got to all the bases in this case, he meeped and wiggled all the way into Foxtum Harbor, being finished off with a big slurp of his tail.

"Arrrrr nothing beats the kinship of two men of the se..."Notices Scooby now seems to be in his mid section and not his arms "Shiver me timbers, my apologies me hearty, twas not me intention to eat ye like a wee guppy....so soon anyway.

Scooby struggled and kicked around in Foxy belly in a toony fashion.

"Aye quit yer bellyaching in thar....er would it be me bellyaching since it be me belly, hmmm truly this be onna the true mysteries o the seven sea....First mate Scoobers ye be an expert o mysteries, what be ye advice on this matter?"

Scooby whines and kicks around

"ARRRRR ye scurvy dog, that not be helping me in this matter o the minds in the slightest, be thar anything that'd quiet you down?" Foxy wobbly paces around the room thinking until he remembers that tower of pizza, a toothy grins widens across his muzzle

Before Scooby knew what hit him, he was buried under pizza dampening his squirms so Foxy could think again, thought the influx of pizza made Foxy unleash quite the burp.

"BUUUUURRRRRRRRRRRRRAAAAAAAAAAAAAAAAAAAAP! Scooby's collar flies across the room Aye excuse me first mate Scoober, me apologies fer ye collar but ye be not needin it anymore fer ye be sportin the the Jollr Roger fer now on, now hoist the sail me matey fer we be setting sail to Pirate-Urp Cove."

Well it's been a while since I gave you one of these big ole descriptions, I won't do them all the time, but I shall every once and a while so their a special treat.

Scooby Doo @ Warner Bros/ Hanna Barbera or Foxy's gut until he get's pumped back out. X3