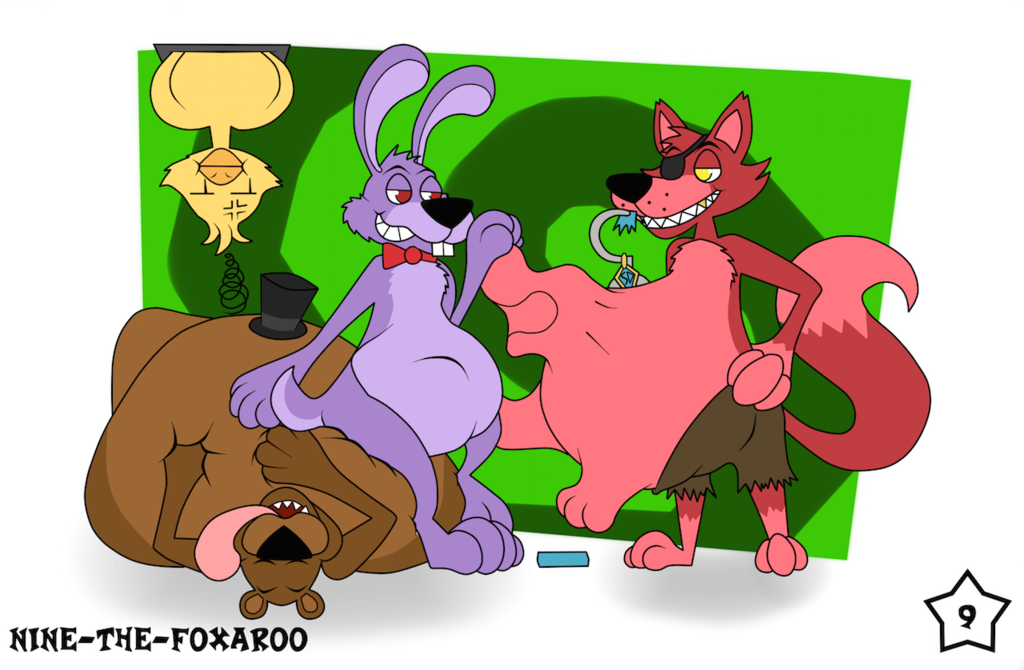 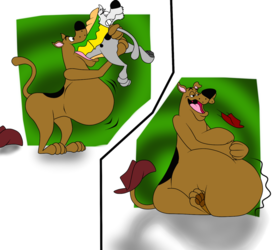 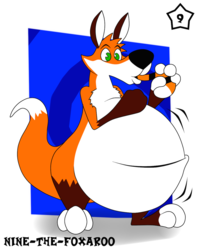 Foxy: Yarharharharhar quit yer squabling in thar you land loving mutt or instead of ye being me first mate if I let ya out, yer gonna be a fine addition to me booty.

Bonnie: Pushes the squirming Scooby Doo back Oh Foxy you know you can cut the pirate act now, we got those....oh what was the famous term...ah those pesky youths.

Bonnie: Hmmm I though you were more into vixen's for that sort thing foxy. Chuckles

Foxy: Growls angerly I'll skewer yer gizzard fer that on one you flea bitten rapscalion, This be a kid's show afterall.

Foxy: Aye there were asking fer it fer they be dressed as a pirates favorite food...Ninja's

Bonnie: Hehehe oh Freddy I forgot I was even siting on you and not a super cozy beanbag. X3c

Freddy: You know since I got the Lion's share of the meddling twerps, I'll let you get away with that.

Chica: Um excuse me there was like six of them, was there really any reason why I did not get one?

Foxy: Ah Chica ye poor lass, If ya hadn't got yerself into the pizza storage before yer ambush spot ye-

Chica: Oh can it Sinbad!, that mutt was trying to steal my pizza's

Freddy Springs up and nomfs on Chica's head, slowly starting to suck her out of the vent

A Screen pops you showing an 8-bit message

And it is said you can find Mystery Inc still on there thighs to this day.

Nine: Ahahahaha oh man I couldn't resist myself with that one Pauses the video We actually have an awesome escape sequence a bit after that playful banter ends and everyone lives happily ever after and not as mascot buns and yes that includes Scrappy Doo, it's amazing what you can do with him with writers that aren't complete hacks....so, when do throw money at me my fine sir?

Warner Bros Exec: Hmmm I do see the great merchandising potential in this Nine rolls his eye but I'm not sure I feel comfortable greenlighting something I can only describe as a fanfiction.

Nine: Says the man that not only gave the greenlight to Scooby Doo meets the WWE....TWICE, but also Scooby doo meet's KISS, Where Gene Simmons licks Scooby doo with his long ass tongue.

Pulls a microphone out of his pouch, then drops it

Warner Bros Exec:.......We'll pay you up front and set up royalties to your bank acoount

Nine: That's a good boy Pats him on the head and hands him a Scooby snack

Now your probably asking yourself, how did Nine even get Scooby to agree to such a thing, tis a
tale for another time I'm afraid but I'll give you a hint, I now have to order a ton of Scooby Snacks...
for myself, Happy Halloween everyone. =3