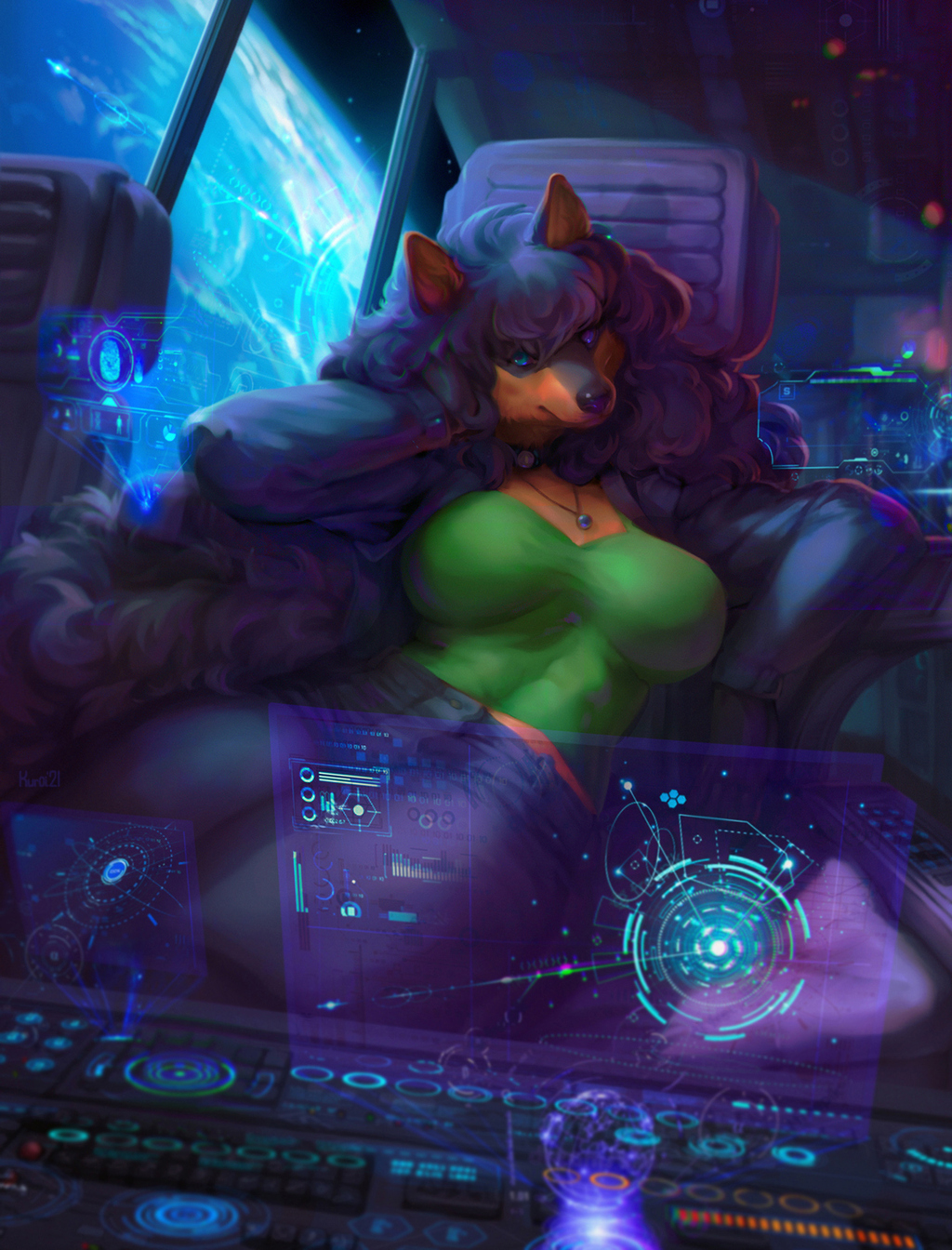 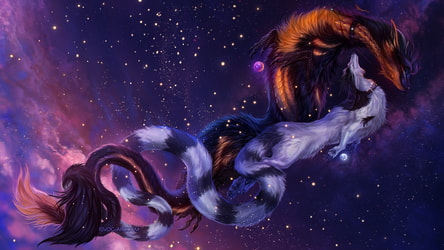 "Another lane in the red... That's the third this month, and no surprise they're near GIS territory. Buncha reprobates, Galactic Information Systems. Gettin' worse than the Confederacy. Different kind of worse."

The face of a careworn white rabbit-wolf hybrid frowns at me from the other end of my console comm, his noisy shop background feathering his speech with the sounds of metal being sheared. "Niko: You not doing usual 'dip in and cut the corner', are you?"

I smile my most charming smile down at his miniaturized face. Over PulseNet is the only way I can ever looked down at the enormous rabbit. "Would you blame me if I wanted to shave the time?"

"If you are," he growled, his dour expression as blunt as his curt Eridiani colonial dialect, "and ship gets banged around again? Find other wrench else to bother off hours."

He always complained about more work. Strange bunwolf. "'Kota," I soothed, "I'll be fine. I don't have to fly through pirate space long, and after the ion engine refresh you don't have to repair blast scoring or emergency breach holes in the Vixen's flanks again."

The engy ran a meaty paw that could smother my whole face over his snout. He was hardly mollified and not in a joking mood. "I mean it, Niko. I like that ship! It's good ship--"

"You tuned her too well. I'm spoiled!"

"I tune ship to make sure she does not belly-up in deep space and turn pretty fox into pulp smear on forward screen," he continues, grumbling. "But...take plenty of risk with her to squeeze another run? Bring her in and say 'decided to run blockade'? skimmed radiation cloud dodging thieves?! It turns me premature grey. Why not stick to green zones? Is suck. Is corporate. Is taxed, yes. But is nice and safe."

My whiskers fanned in a grin. "You think I'm pretty?"

Lakota's reddish-amber eyes glared. "I mean it Niko! If you have safe alternative? Take, solid? Else no tune. Turn to skunk and mouse for repair."

My finger slid over the reception focuser and the image blurred and turned sluggish. "Hmm, I think I'm passing through an interference zone because you're getting fuzzy of face. Whatever you said I'm sure I got the jist, 'Kota! Thanks for the tip on visiting Hyperion. I'd best prep for my trip!"

He glanced over my right shoulder. Probably at the calm blue orbital horizon of Uridian-1 out my side viewport behind me. The rabbit-wolf's expression suggested he knew what I was doing and wasn't amused, but as is his nature he chuffed a short, curt laugh and shook his head, his pierced ears flopping. The connection closed, replaced with the placid blue hologram of ship status.

As much as I love tormenting him my burly friend has a point. Perusing more system updates on the PulseNet, I'm struck with a concern that we may be losing more green lanes if this uptick in privateer waylays--and tightening regional tax and checks on transit use for safe, secure "Green zones"--bleeds further into the major arteries of space travel. Those zones'll be infested with pirate pickets, their gangs a mere micro-warp off. The scouts don't scout far from the pack, and honest, hard-working spacers like me are harder-pressed to be creative in how we handle transit in frontier space and keep our valuable loot.

But my ship's my ace in the foxhole: I learned early on that a smaller ship with a strong engine and custom scan-scatter profile is best if you're going to be running so-called Yellow (sparsely-patrolled, wide range) or Red (pirate-contested, unpatrolled) zones, and the Sapphire Vixen's been my workhorse for years as a result. Ruskie can grumble all he wants; He knows what she's capable of. He made sure of it in the beginning. "So," I say aloud, tracing a finger on the touch screen to mark my path, "We'll drop into NGC-111581 and slice right across the red line. Rejoin the yellow on the other side. Three hops with shields primed but down to soften the energy profile, and I'm golden. Also, half a day sooner, and no accosting from Confederacy enforcement patrols. Hopefully they forgot about my girl by now."

I'm already bringing my ship on a sublight course to the system's edge. A tap of console to commit path adjustment brings up the SysComp's calculation of trajectories and superlight speeds, and after a quick re-check on the Vixen's weapons systems and countermeasures--just in case--I settle back in my cushy seat to watch the graphs spill like hoops and coins in the air above the touchscreen emitter. The Socio Arm of the galaxy has gotten rougher in recent years, but that just makes these boring runs a bit more exciting.

"Freedom is risk in this wild galaxy, Lakota boy, and a good ship can deliver," I say again to the quiet hum of hungry engines: fine tuned thanks to him. Slouching more comfortably and awaiting superlight calculations to finalize, I muse, "Why have as good a ship as I do and stay in the back yard?"

By the time I'm at the system's edge, The SysCom bleeps: My course is set, with its hazards and opportunities marked. With a touch of paw on the superlight console and resonant rumble of engines building power, I grin fangily, "And off we go..."

This stellar piece of work from kur0i is part of a coming collection of hybrid visual and literary work. Reflecting on how space is growing more dangerous lately, I regard my computer's options for travel. It's liberating to be in command of a vessel I know as fast and capable enough to outfox most everyday piracy and autocratic threats waiting out among the stars.

Kur0i was a pleasure to work with: professional and inviting of criticism and reasonable changes. A definite recommend in my book!

Captain Niko Tawner of the Sapphire Vixen, by