Beasts of Burdens by NikkyVix 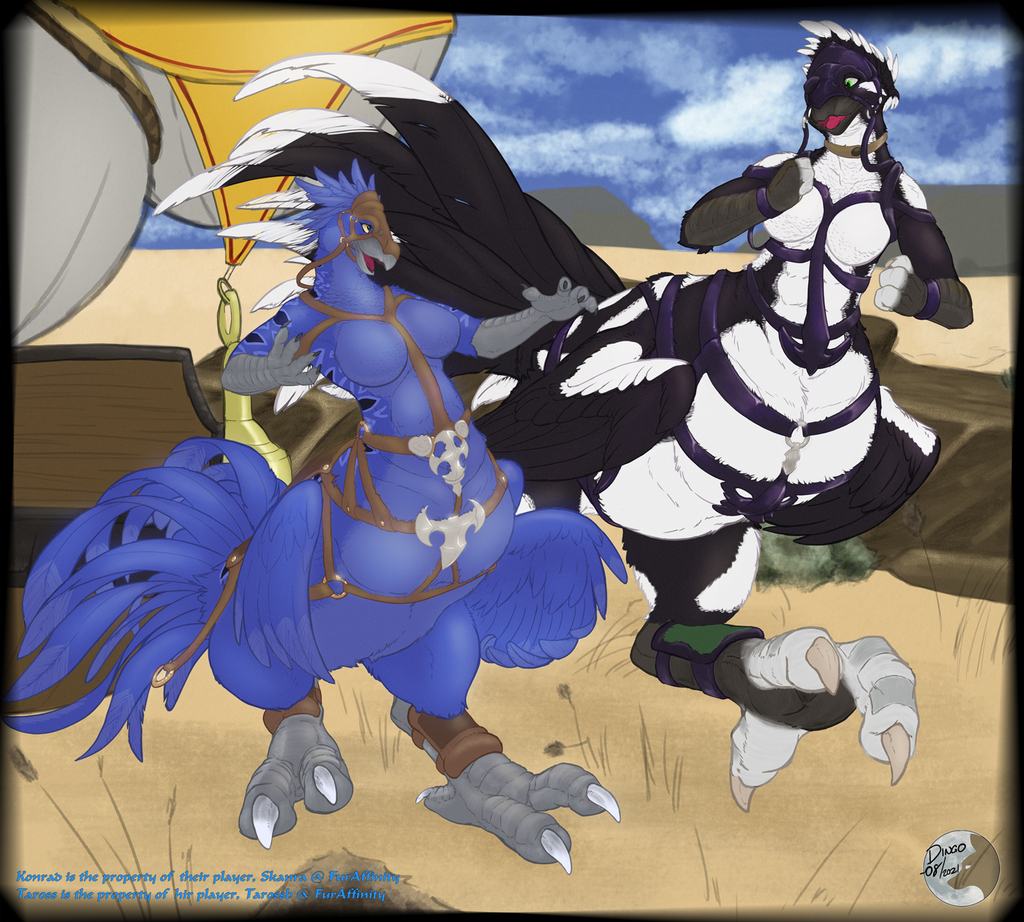 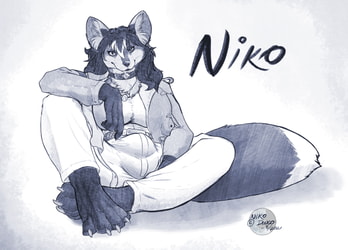 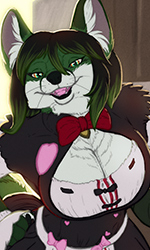 Being an adventurer (or even the Warrior of Light) can be a draining task. So here's a nice alternative to saving the world all the time; a working vacation on a special chocobo ranch.

All the farmhands know that the birds in the stables aren't just regular chocobo. But all the taurs wear special glamors that make them appear like their wild counterparts (albeit with their own breed and feathers to keep identities clear). Since it's a 'working vacation', though, everyone is expected to do their part. Whether it's providing rides, carrying packs or even pulling carts, all chocobo-jobs are to be expected.

But you just can't hook a bird up to a cart and expect them to handle it, not even the ones that can hook themselves up. You have to have a bit of training to understand how the additional weight and push of such a thing behind you works. When you want to start walking, that cart will drag behind. If you want to stop, that cart will want to continue for a while...

So I imagine Skanra here is having a bit of an introductory training on wearing a pulling harness and working the cart while Taross here is keeping up pace besides hir to give tips and tricks. Taross might actually be hir mentor for the place until Skanra can get around on hir own more properly. Shi may also just be goofing off a little considering Skanra's tied to the cart and shi isn't.

"Sure you wouldn't want me to take over pulling? I'm a lot larger after all..."

Equalizing power between birds is important when you're putting a pull team together. best to make sure the larger draft can avoid unbalancing the smaller workbird!

Taursday commish for Skanra and Taross, as Konrad now has a friend to help pull the chocobo cart!

"A 'boco in tack is worth two in the stable."