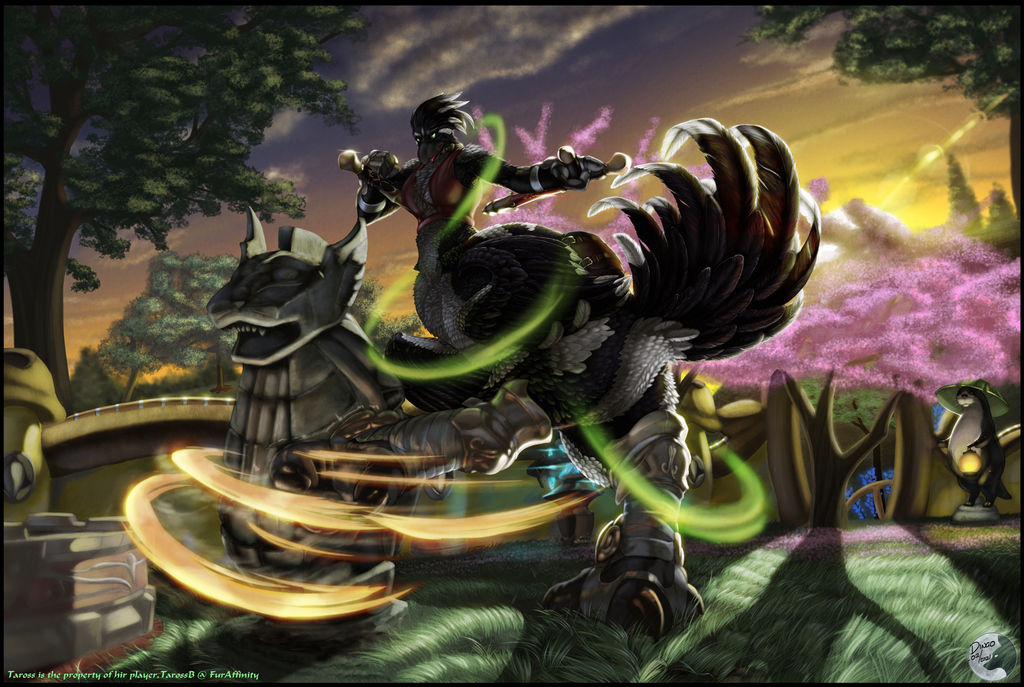 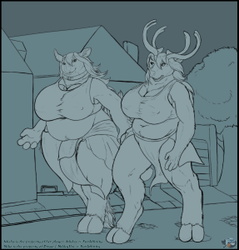 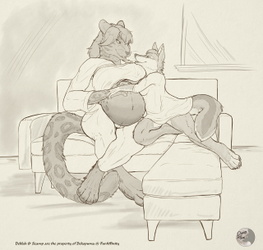 You can find my works on:
@NikkyVix on Twitter | ~NikkyVix on FurAffinity

While the sun was slowly setting over the Shroud, the air in one particular corner of the Lavender Beds was filled with the sounds of combat. Actually not combat per-se, but definitely the rythmic sounds of impact, grunts and the occasional wark while a single monk laid waste to one of the practice dummies in their Free Companies' yard. Thankfully nobody paid any attention to sounds of horsebird popping up from that corner of the yard, or the big talon gouges in the ground there either; after all, the stables were right next to where the lone figure was training.

"Ngh... and into... True STRIKE... and DE-molish!" Taross repeated to hirself, finishing off with a whistling chirp while stepping back that got picked up and answered by the chocobo nearby in a warking little chorus. Shi hopped a few times, flapping hir wings and shaking hir arms to let some of the tension bleed out of hir body before shi walked over to the side where shi had some water and a small tray of refreshments. Getting some hydration in and tossing a few of the snacks to the nearby and eager-looking stabled company chocobo, the draught chocobotaur took a few moments to reflect...

A keen observer could hear her mutter a bit as shi mulled over the training rythm while snacking on a curiel root inbetween. "... new Tor-n... huh?" the nudge of an eager beak broke hir out of hir thoughts and after a moments of confusion shi laughed, chirping before reaching out and petting a more and more insistantly questing bird along the cheek "Alright alright... you can get another one, but no more until the next break." That got a reply of an indignant kweh and Taross raised a finger "Hey hey! No talkbacks, don't forget I understand you about as well as you do me."
Shi tapped the top of a beak before leaving a few more leaves behind and stepped back up to the dummy, brandishing hir tonfa.

"So... if I understood Widargelt right, I should be able to direct my chakra just SO that I won't even have to worry about keeping my Greased Lightning motion fluid." shi laughed a moment, warks peppering in "IF that's true, I wonder if I can even execute that Tornado Kick without disrupting the balance." Taross paused, looking at hir draught sized lower body "Gonna have to work and practice that backflip. Haven't even used that move in ages."

With that, the great taur squared back off in front of the dummy, getting into hir kata. Hir talons kicked up the soil when shi dove shoulder first into the heavy target, nudging it an ilm or two back before immediately breaking into a vicious-looking kick that put all of the strength of hir running legs behind it.

The sounds continued well after nightfall, with only occasional breaks inbetween. But then again, you don't stay a Warrior of Light without putting in the proper training and despite the beliefs of others, it's not all just natural talent and luck.

Full color commission for Taross, resident Eorzean chocobo'taur Monk, practicing hir martial arts on the front lawn of the free company homestead with aid of one of the company's jumbo striking dummies especially commissioned for hir. Particularly because shi kept destroying the smaller ones. You can probably see why!

It's nice to get back to working on full color stuff, which I can't do in stream anymore. And I'm pretty happy with this one! Monk of Final Fantasy XIV undergo long, strenuous training to reach their peak potential.

And you can bet shi's not skipping leg day.