Between Me Myself and I by NikkyVix 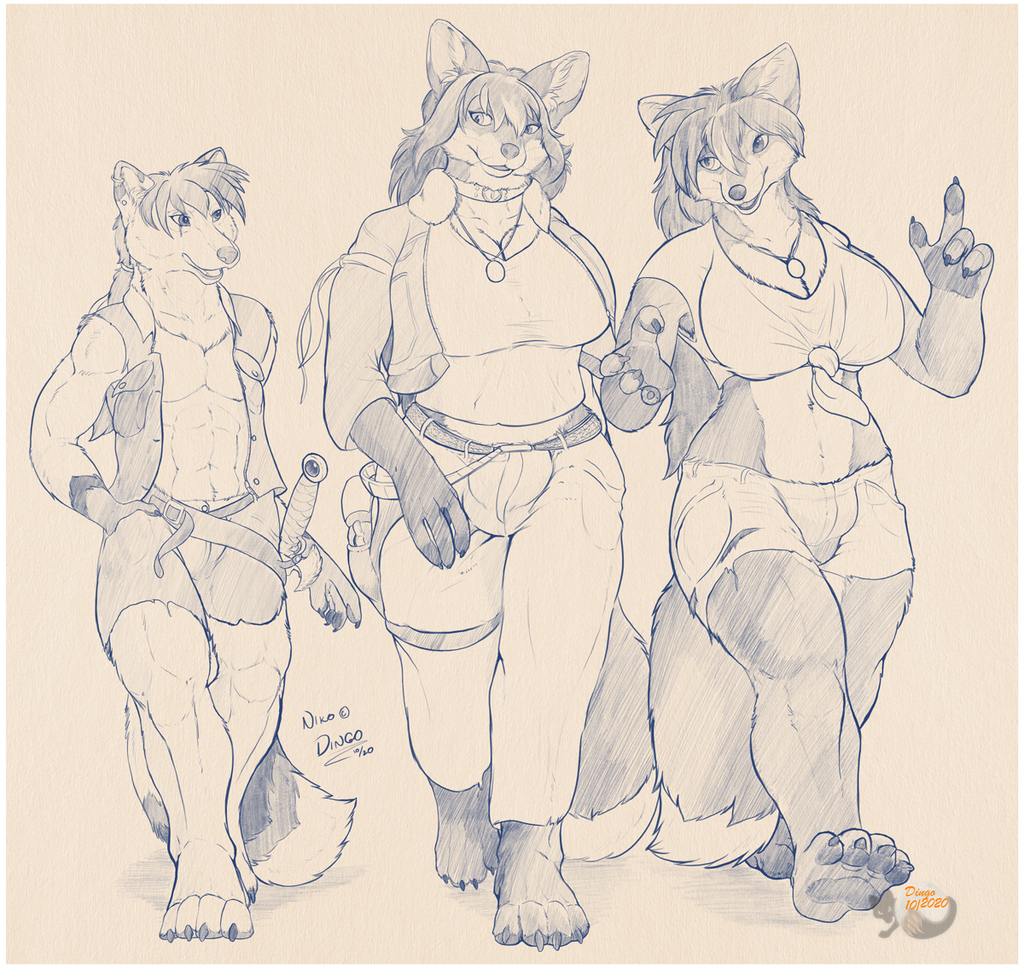 Between Me Myself and I

"I can't believe I'll wind up being that established down the line... So lemme get this straight: In a year's time--when I look like you--I'll also finally have that starship of my own to go venturing into the stars with, become a royal nuisance of a smart-ass on interstellar space waves, settle for being a courier and hauler with my own space station--"

"Yeah, but watch out for a guy named Payton, who's one of the various reasons you acquire said station."

"--Right right, Asshole-with-a-Battleship. Also, I'll have a whole new crew of people ranging from...umm...you said a tiny blue rabbit lab experiment, to a pre-cambrian demigod formed of a black hole that just happens to be in the shape of a hot vixen?"

"Niko, don't forget, he's also got to be sure to stop by the Busted Bra Inn to kick all this off."

"Shi means a place that will become your haunt for a good few years. You'll meet some interesting people there."

"The fox and the rabbit?"

"The fox, yes! The bunny, well, she'll cross your path actually by happenstance of seeking someone else. But just as important: when a blue fox crosses your path--"

"--You'll want to trust her. Even though she sounds like she's entirely untrustworthy and just pilling your chain. If you're convincing in your belief things'll lead to you coming to look like us."

"How could they be? Remember: we are You from the Future."

"And there's no time to explain--"

"--Just stick to the path you're on and things'll pan out for the good. ...Or you'll die in the cold vaccuum of space. That wouldn't be ideal for any of us."

"But wait...What happened to Mako and Tiku, Winter and the other Tawners? How the heck do I wind up a shapeshifter? I have HOW many kids by the time I'm hir age? How am I supposed to remember any of this?!"

"Remember what? You're dreaming."

"Remember, remember, the 4th of October."

While 9/25 is Niko's "birthday", the meatbag behind the character's would be today. Sometimes celebration gets intertwined. Sometimes a fox gets introspective. Sometimes talking to yourself isn't as indicative of trauma as it seems! Is this canon? Is it a dream? Is something else afoot?

Little bit of personal art for myself, considering the long road and storied history I've built up for Niko over time. I'd love to share some of it in the future. Shi's a character that began life as a nondescript male wolfox and has spent half of it as the nightvixen--hir own name--all see today, and I feel I can poke fun at that and life's changes a bit. Very, very few remember Niko started as the fellow on the left, transitioned to the lass on the right, and is now the lady in the center.

Also, this was done 99.9% entirely on iPad in Procreate, which I'm finding lends itself very well to pencilwork. I'd like to do more with it.