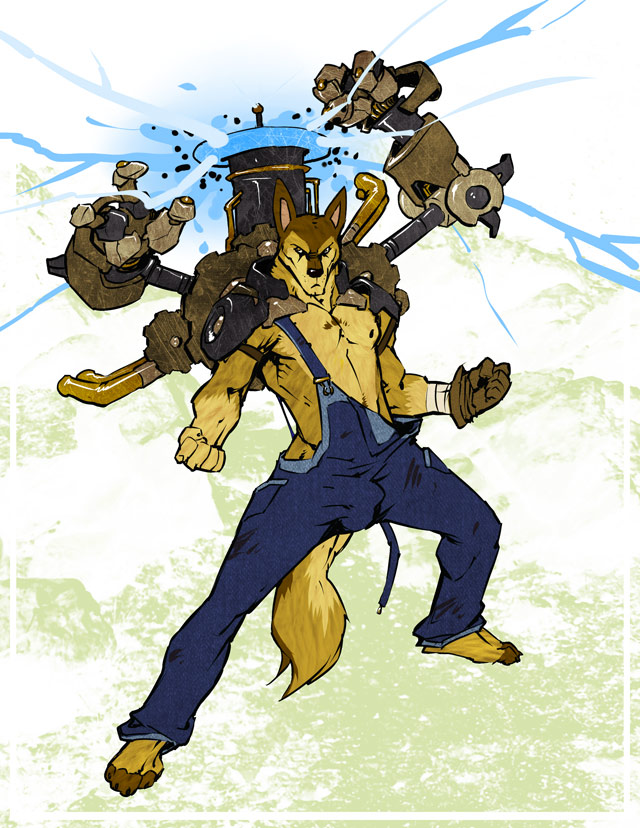 Folder:
Commissions by others 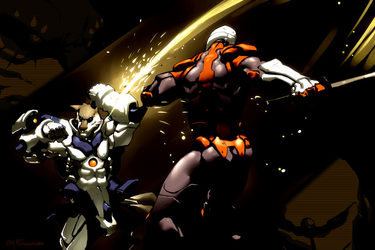 One of the projects Shuraim did before he emigrated to the United States was a partial exoskeleton with an extra pair of arms independently controlled by an imported Babbage difference engine adapted for simple, procedural-based operation. Unique programming methods also unexpectedly made the arms move on their own when they were idle, almost like a dance.

Once, a young visitor to his lab asked if he could try it on. Shuraim shook his head and only said: "Carry the steel carcass of a tank on your back first, then ask me again."

The invention was originally used in construction projects by the British Empire for tasks requiring both dexterity and raw strength. It was later adapted by other engineers for military use, which was one of many incidents that made Shuraim decide to move Westward, across the Atlantic.

This is actually Mark III of the armature system, which includes a Tesla coil and arc projector. Only Shuraim knows how to manipulate the arms without a control pad. It is powered by tightly wound cog-spring-array "batteries" that are charged up at his lab using a large watermill, but a boiler system can be attached for extended operation at the cost of extra weight and heat. Aside from their usual functions, the arms also help direct the bolts of current from the arc projector onto specific targets.

So far, Shuraim only had to use it once, when American separatists threatened him with violence if he did not stop cooperating with the present government. They never tried anything on him else after that. (However, he noticed various places where his fur singed to a crisp and has since worn a Faraday cage web under his clothes when using any of his arc projector machines.)

Despite being a Sikh by origin, he realised how much the design owes to a certain divinity in his ancestral lands, and the effect it had on him whenever he put it on. Thus he has since called the module his "angry little Rudra".