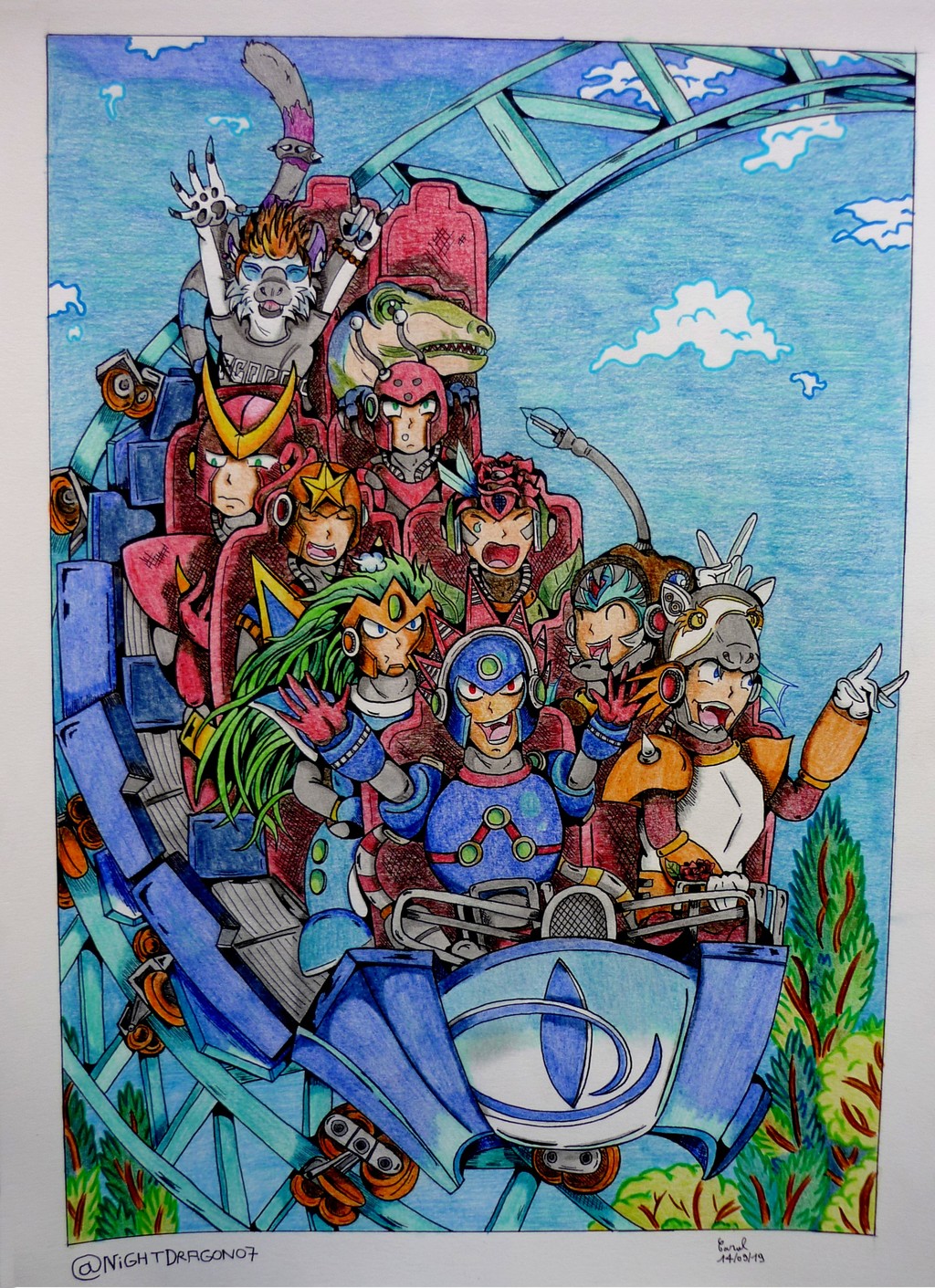 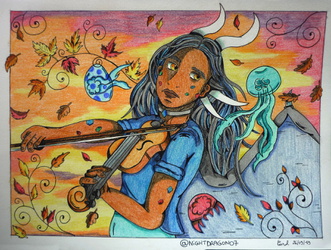 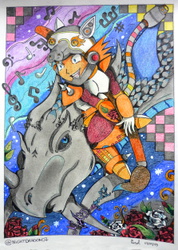 This summer I was at a theme park, and a particular roller coaster inspired me this drawing.
This is one of my hardest drawing I made, so much characters, and drawing a roller coaster isn't easy! xD

The CND numbers seems to enjoy this roller coaster (Well, not all of them. xD). The twins Baudelaire (Lemur Man) & Rime (Abyss Woman) have a lot of fun. (Blast Man too, but we all know he's used to, since he's a theme park robot).

Terra is a bit upset, since he had a plan that failed. He hoped that Rime would be scared on the roller coaster, so he can hold her in his arms, and reassure her. But unfortunately for him, Rime isn't affraid at all.

Also, things are not going as planned for Baccara Man as well. The rose like robot boasted a lot before entering in that roller coaster. He claimed it was nothing, that this attraction is so ridiculous and will not scare him, but at the end, it was him, the first one who cryed like a baby so he was scared. Star Man was exasperated about that.

Ladybug Man had a curious dinosaur behind him. Never seeing a robot before, maybe Albert thought that Ladybug Man is eatable. (Don't ask me why I drawed my Dinosaur-oc here, out of his context, it's just for fun). Carol is in this drawing as well (my lemur-sona), and enjoy the ride.

Quick Man is in this drawing too, and it's not random. I draw him to joke about the speed. In real, this roller coaster can reach 100 km/h in a few second, which seems too slow and boring for Quick Man (obviously!).