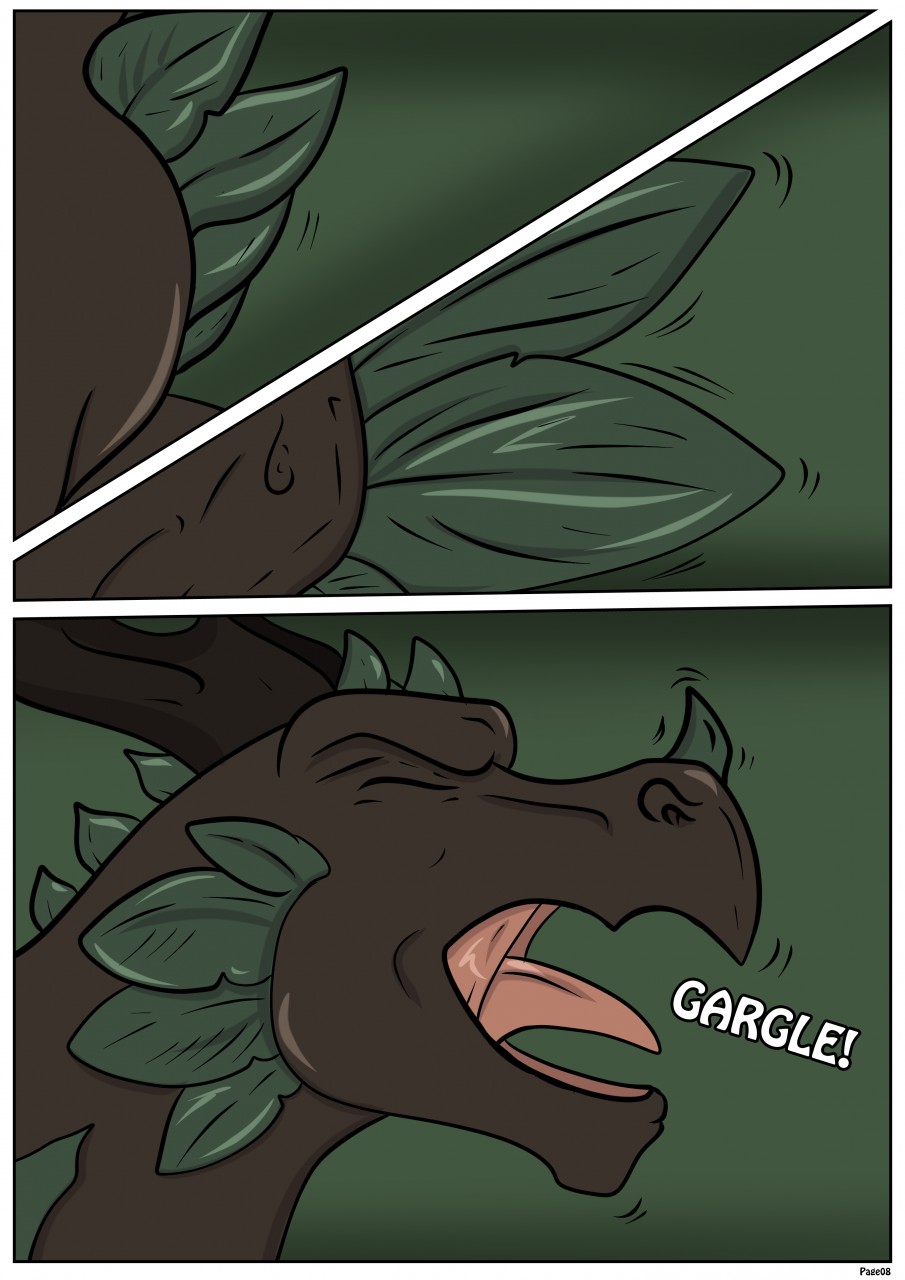 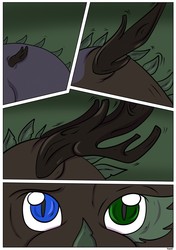 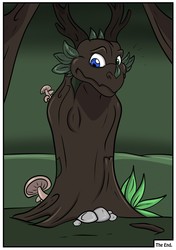 Arysdron is once again dealing with some shapeshifting mishaps, that leave him a bit closer to his roots.
Comic commissioned from Rex-equinox
Originals:
https://www.deviantart.com/rex-equinox/art/C-Magic-Mishap-08-780303366

His ear fins finally emerged, but as a set of leaves instead. By this point, the bark had entirely covered his head. Arysdron instinctively tried to wiggle his neck, but felt the muscles tightening as they fully formed into bark, locking his neck into place.

“Gurrwaah!” The soon-not-be-a-dragon closed his eyes and let off a final cry as he felt his jaws hardening as well. “Gwah…. mumphh….”

His jaws were finally forced closed, silencing him all together.