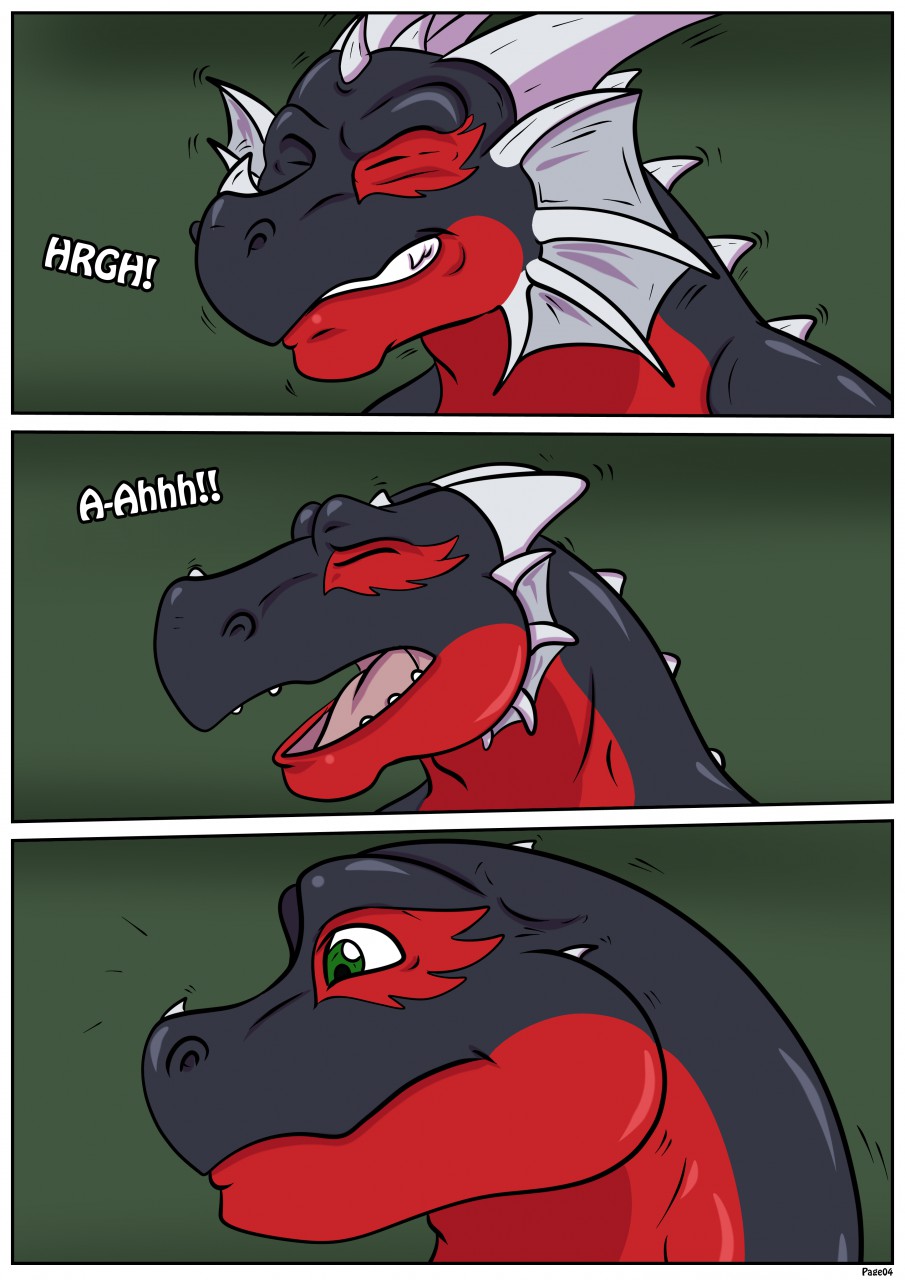 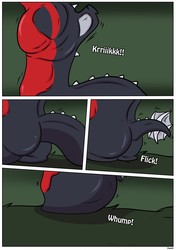 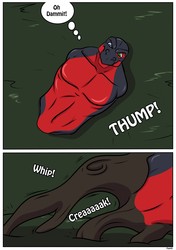 Arysdron is once again dealing with some shapeshifting mishaps, that leave him a bit closer to his roots.
Comic commissioned from Rex-equinox

P4 – Didn’t need those either

The itching and desire to scratch his face was intense, but he didn’t have any more limbs to do that now. Arysdron could only squirm his head from side to side as he felt his horns, spikes & ear fins recede.

At the same time, the tingling moved on to his mouth. Flicking his tongue about wildly, Arysdron felt his teeth & fangs shrinking into the gums. Soon, all his teeth were completely gone, leaving him…well toothless.

It was what he thought cried out, but it came out as a gurgled “Gurrwaah! Ghhaa, gghhoopp ggwwattt!”
That, in addition to the lump he felt at the back of his throat, told him that his vocal cords were most definitely affected as well!