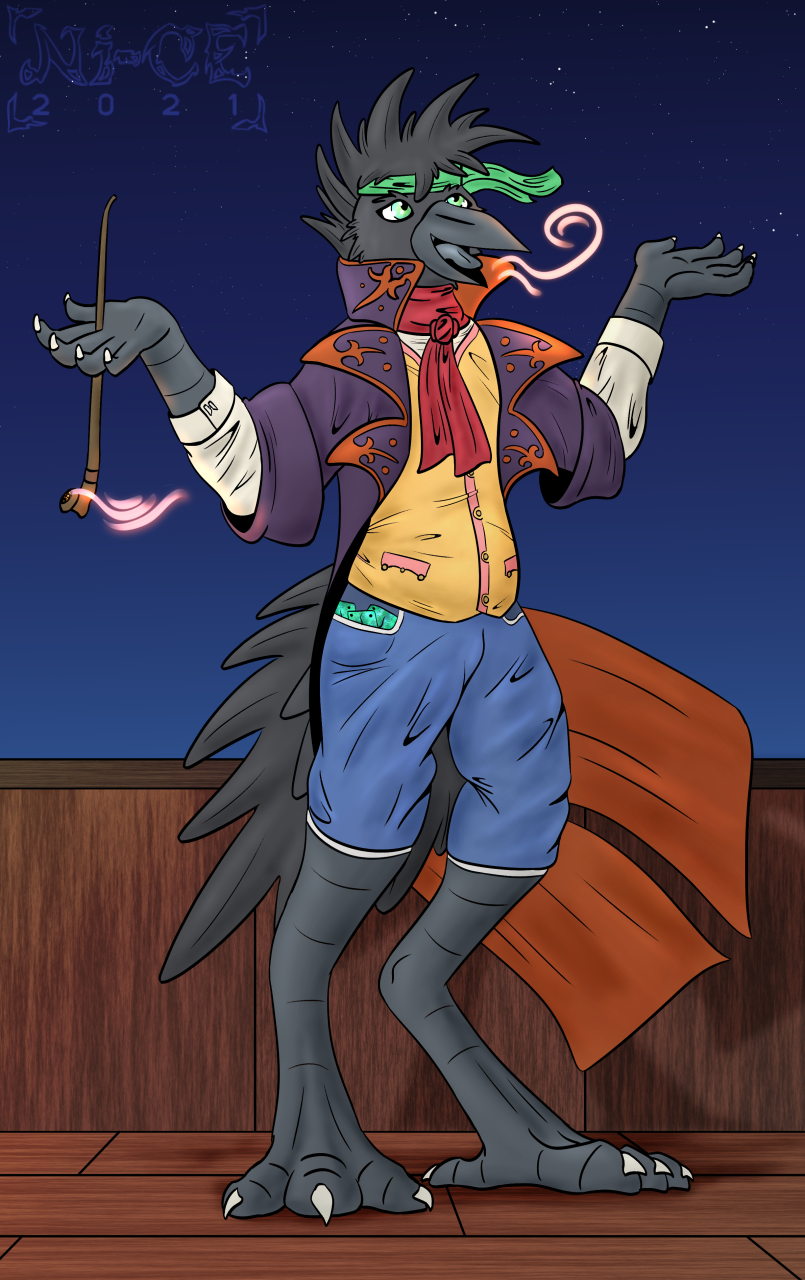 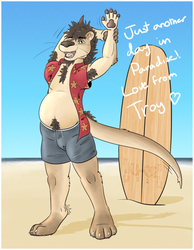 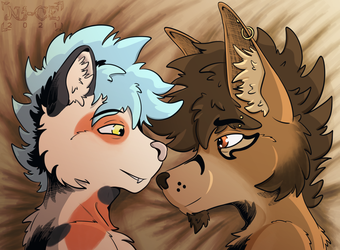 This is a character I have been playing in a Pathfinder campaign for over a year now. His name is Itzcuauhtli, but is universally called by his nickname, Itzy. He is a crow tengu psychic that smokes mind-altering drugs that improve his mental powers, at the expensive of his physical ones. He gets tangled up in a lot of twisting investigations, moral quandaries, and diplomatic incidents between nations, planes, and various powerful beings. He is known for being quite chattery, hungry, clumsy, and has a tendency to bend the rules a bit when it comes to the ethics of using mental powers on others. He is Chaotic Good, and leans on the 'chaotic' quite heavily. He is pictured here in his usual '70s Doctor Who' mismatched fashion style, smoking his pipe on the deck of the party's airship, enjoying the night breeze and babbling at any one of the many characters we've encountered who is either very tall or prefers to float overhead. He also has a few very powerful magic cards in his pocket, which were the central focus of the campaign's first arc.