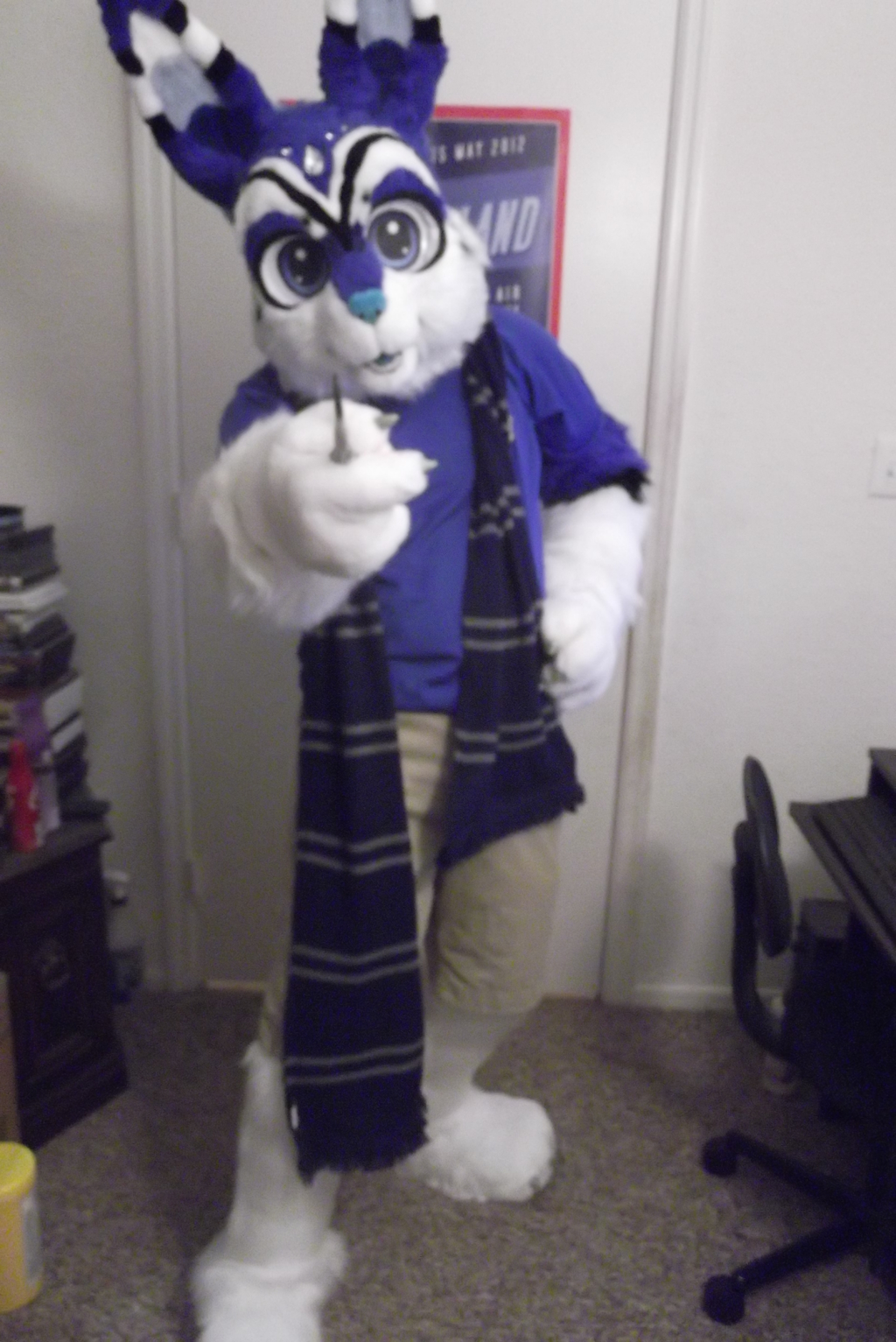 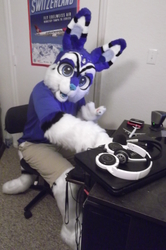 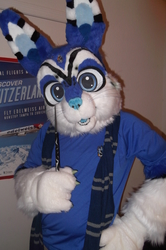 Am I doing this Wingardium Leviosa spell right? I can't tell.

So here's an early look at Nicholai's outfit for Megaplex 2016. With the theme being the British Invasion, I decided to do a Harry Potter cosplay, to refer to one of the most popular book series in British literature. No way I would do Shakespeare, from the number of times that man put me to sleep in high school. >_< Back on topic, yes, Nicholai is a Ravenclaw student, because GO FIGURE!!! He's such a plane and weather nerd. :P

You can't see it in this pic, but in next week's Fursuit Friday, you'll see the Ravenclaw pin better that I do have to go along with the outfit. And no, I do not have a robe, since those are flippin' expensive! >_<