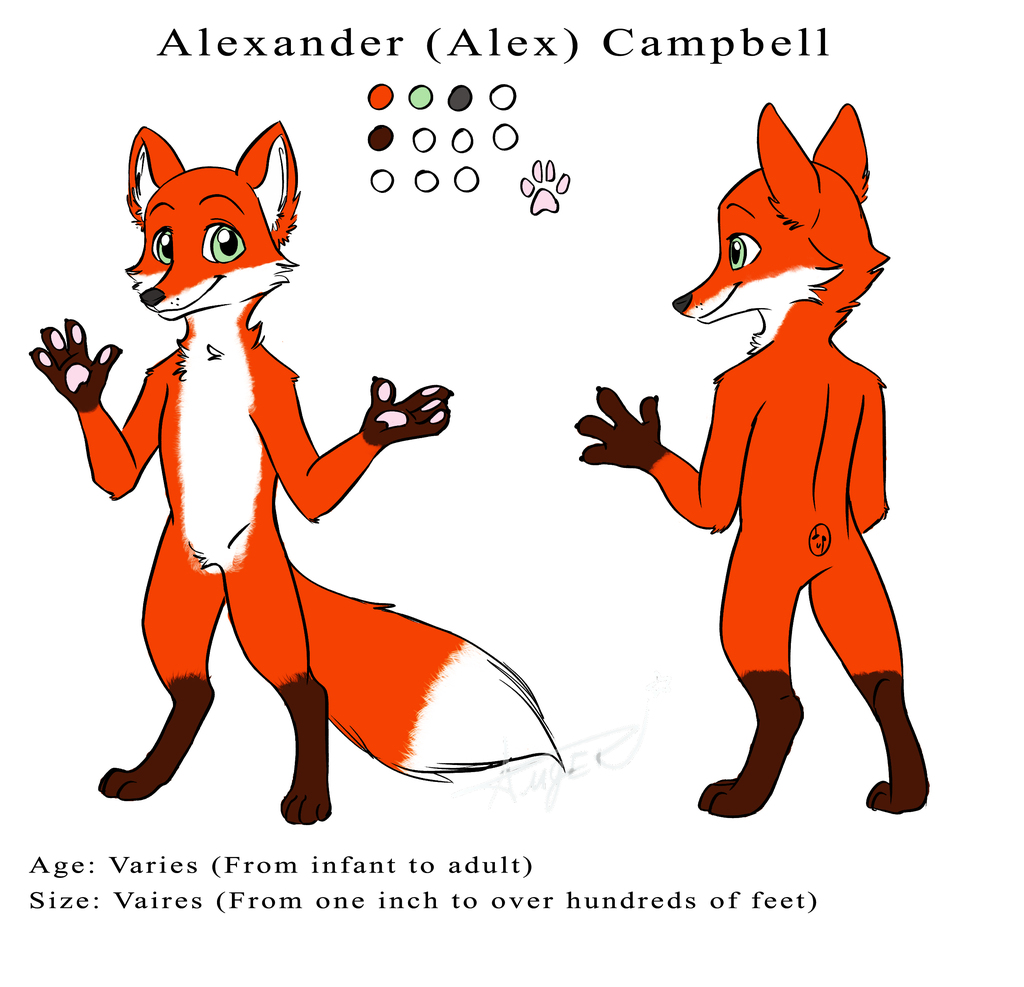 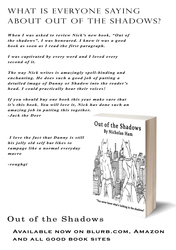 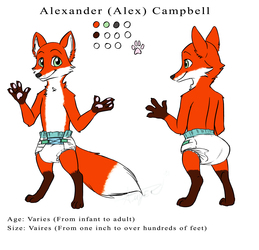 The new 'Big' Kid on the block

So here he is! My new macro furry, who is a fox! I decided the other day after seeing some cute fox art and talking with my good friend and fellow admin on the furry writers group TrickTheFox. And after a bit of searching I found the most cutest ref sheet for a fox on Deviant Art: https://www.deviantart.com/hiyokoxrxs/art/LINEART-FOX-674525021 by an artist known as HiyokoXrxs. So after a bit of playing around with it and getting it just right this is who I got. As you can guess he's a macro alright and here's what you need to know about him:

Character Description: Alexander, known as Alex, is a red fox with standard colors for his species and has spearmint color eyes. He is often seen either as a young and innocent giant fox in a diaper, pullups or underwear or a fully grown adult intent doing what it is that a macro would do.

Personality: Friendly and lovable. Devious when he wants to be but is kind and playful most of the time. Joyful and always in a cheerful mood. Kind to others and loves any furry he finds or meets. Easily distracted. Excitable at times.

Likes/Dislikes: Being a giant or tiny, Rampaging, Smashing buildings, crushing anything with his feet, Toying with micros, Eating tiny things, Sex with others and on his own, Other macros. Stuffing things and micros into his underwear or whatever he has on him. Playing in cities, having adventures and exploring. Dislikes time outs and naps, pens or similar holding places.

Alex started off in life like any one else, regarding size. His size altering abilities came when he was just a two years old when, like Danny Kapowsky, an unusual substance came into contact with him. It was whilst he was out on picnic in the forest with his parents that his curiosity got the better of him. Whilst his dad was occupied by a tree and his mom was setting everything up, Alex toddled off into the forest. In a matter of seconds he came towards a large puddle of some mint colored liquid. He looked at it briefly before jumping into and falling. As he sat in the liquid, some of it got into his body through his mouth. Eventually his dad found him sitting and playing in the puddle. Just as his dad was walking away, he turned to see Alex was slowly looming over him! In seconds Alex went from being a normal sized toddler to over 15ft tall! Seeing his dad being smaller than him, Alex picked him up and walked back towards the picnic. His mom noticed something wrong as she heard Alex's dad shouting to put him down. As Alex walked back carrying his dad, his mom was frozen in shock at what she saw. Calmly she managed to get Alex to let go of his dad, then quickly see him shrinking back to normal again. His parents quickly followed the trail left by Alex back to where the mysterious liquid was. They too came into contact with it and suddenly found themselves altering in size! As time went on, Alex went from being tiny to a giant, resulting in both his parents having to alter in size with him. It was of course a year later that Alex and his parents discovered there were other giants roaming the land, including a giant border collie that was the same age as Alex. Alex found the giant border collie with his parents and two other giants. The collie assumed Alex was a new toy and Alex though the same about the giant border collie. Both played with each other whilst the collies parents watched, wondering who this little fox was. Subsequently Alex's parents, who were giants, found the collie and its parents. The collie's parents told them about their son and Alex's parents did the same. The collie's parents were happy to meet fellow giant animals like themselves and for their son to have someone big as him to play with. Alex's parents felt exactly the same and were happy for their son and the collie to be friends and play for as long as they wanted. Just a few days later, Alex wondered away from his parents again to find another two giants that were much older than him. It was a giant husky called Danny and a giant wolf called Shadow. Both of them fell for Alex straight away and how playful he was. After a couple of hours they found Alex's parents walking across the open calling his name. They met Alex's parents and told them about how they often took care of a giant baby border collie. Alex's parents knew who it was and asked if Danny and Shadow would be happy to watch over Alex as well. Danny was more than eager to have another young furry to play with and look out for.

Kinks: Macros, Micros, Buildings, Cities, anything big or small he can grab a hold of.

Genitals/Reproduction :Large flesh colored dick that varies in size along with him.

So there's everything you need to know about my new little foxie! I just know that this is someone who will be featured for sure in both adult and non adult macro pics and stories for sure. I hope that you all like him as much as I do. There's sure to be some pics of him coming soon enough. So be sure to keep an eye for him.