The Lint Bunny by nequ 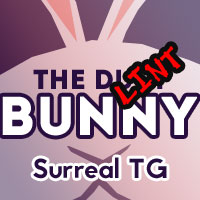 They didn't notice me when I entered the house. Most people don't.

Her name is Jill. She's a bit chubbier than she would like, and is a geek, in the quiet, non-"look at me I'm a female geek donate to my Patreon" way. She's currently writing some rather steamy furry transformation fiction.

I push the image of a turkey sandwich (with Mayo) into her, and she lays it aside on the end table. I unlock the screen as she enters the kitchen, just in time for her roommate to enter our little tableau.

He's Harry. And a dick. Tight shirts, overly product'd hair, the works. He's physically attractive, sure, but that was outweighed by him being kind of a dick.

For example, picking up his roommate's tablet and reading what she left on it. And then scrolling through it, lip curling in contempt, until-

"What are you doing?"

He only flinches on the inside. On the outside, he doesn't even look up.

"I didn't know you wrote. Much less this sort of thing."

He can't see her eyes widen, her mouth working soundlessly for a second. I spike her with anger, and her eyes narrow.

"That's because it's none of your business."

"I get it. If I wrote something like this," he gestures with the tablet, "I wouldn't exactly post it on my wall either."

Her cheeks heat, and she marches up to snatch the device away from him. A little fear from me, and he's backing away, arms up.

"Just saying," he whines. She glares at him until he scurries for the laundry room, where he grabs a basket and tries to empty the dryer.

"Yeah, yeah..." Harry puts the basket down, and pulls out the little drawer.

Sure. Lint. Let's go with that.

The fuzz he scrapes off sticks to Harry's fingers. Must be static, he thinks. He tries to shake it off into the bin.

It refuses. In fact, it seems to be larger than usual. Even as Harry stares, it seems to unfold. It's covering most of his fingers now, and just keeps going. His palm, his wrist, his forearm.

Now, a normal person would start screaming for help. I pulled that thought from Harry, left naught but panic and frustration.

Which is why he tries to brush it off with his other hand. And when that only spreads the infection to said hand, he tries to bite it off, and finds his face being coated in grey. Not to mention the taste of fluff and thread sliding down his throat.

Not exactly something you'd find at your local overpriced five-star.

It would be ironic, I knew, to restore the idea I had borrowed while he was bereft of speech and unable to act on it. But I was still working on it, so I spared him barely a glance as he fell to the floor, pawing at his throat. Even though it didn't actually hurt. Honestly, he could be such a baby.

He got the bright idea to use his freshly dried clothes to try and wipe it off, but this proved ineffective. Indeed, his own fetching sweatpants-and-singlet combo were soon subsumed under the tide of grey and not-quite-white, his vision going grey, his hearing going fuzzy.

The last thing to go under is his hair. Or more accurately, his hair and a half-tube's worth of hair product.

He lies on the floor, quiescent, waiting for what comes next, hoping it's over.

"You know," I inform him from my seat atop the washing machine, "I really haven't decided what to do next. What you'll be next."

I look at him. The fuzz, in not-white and grey, looked like dust. Dust bunnies. Bugs Bunny.

He's gotten up, now, and is leaning on the dryer for support. Which means he has a great view when his feet start to grow, to lengthen, as the tips grow grey, the shapeless lumps that are his toes gain definition and turn into paws.

I feed the thought of calling for help back to him. Suitably altered, of course.

This is impossible, he thinks.

Luckily, he had an expert on the impossible in the next room.

"What about them?" she responds, cautious."

"What are...the most common types?"

His calves were also shifting, growing more plump. Something was going on with the muscles too...

"Well, back in the day - you know, the 90s - some guy would piss off a witch or something, then get some kind of karmic backlash, like a sexist womanizer becoming a sexy woman. But more often than not, these days, they find some magic artifact or get caught up in some science project gone horribly wrong."

Harry decided, after a few moments of thought, that there probably hadn't been any misplaced experiments in the pockets of his clothes.

He checked anyway. Nada. It would've been nice to have someone to sue.

"What are the usual types?"

She wants to mend fences, wants to hope that he was a good person. I tamp down her natural caution.

"Transgender and anthro, usually. Animal used to be more popular - again, in the 90s."

His waist narrows, the mass moving down to his hips. He knows, deep down, what's coming, but he hasn't accredited it yet, can't accept it. His hands roam over his enlarged thighs, moving back to grasp his more shapely rear. Heat rises in his fuzzy cheeks.

No, the ones on his face. Perv.

"You remember that myth about the hunter who creeped on the goddess bathing and got turned into a stag so he could be hunted by his own dogs?"

"Oh. Anthros are... Kind of a cross between human and animal-"

He did not, actually, have it.

"Aren't those the guys who dress up in mascot costumes and have sex?"

As he proceeded to demonstrate.

A sort of secondhand embarrassment from Jill. "Not...all of them. Not even most of them."

Come to think, he realizes, his color scheme is like an inverted Bugs Bunny. Not-white body with grey accents.

"You said 'transgender'. What does that mean?"

"Seriously?" I say. "How are you not up on the terminology? I'm so triggered. Check your privilege, cis scum."

"Like shemales?" Harry continues. "Or even -" he was desperate here "-one of those girly-boys?"

"Well, sometimes. Usually it's just straight guy-to-girl, with some part about his...bits, shrinking."

Harry reaches down. Turned out he had missed that portion of the programme. Thanks to me, of course.

"Strange," I say, "you're more concerned about losing your gender than his species. You need something else to focus on."

His lips start to tingle liked that time he slammed six tequilas and then ate a ghost pepper, except without the nausea and blinding pain. When he touched them, they felt...bigger. More like a balloon.

In fact, his entire face is changing, pushing outward. Which, as planned, neatly distracts him from his swelling bust.

Also, he has a bust now. Just FYI.

"Have you ever heard of...transgender bimbofication?"

It's funny; he wouldn't have even known what those were a week ago. They grow up so fast.

I eye his figure. Or more accurately, they grow out.

"Oh yeah, it's really popular." Jill trails off, thinking of that one story she read with the bells.

"Jill?" Harry says, as his arms lose definition, grey "glove" patterns appearing in the fur. He feels a sting of bitter referred at the time he lloiopspent at the gym, only for it to be wiiped away like that.

Seriously, how is he supposed to pick up chicks now?

"What about pronouns?" he asks, as whiskers sprout.

"They usually call themselves 'she' afterward."

"Not usually. But they're usually happy afterward."

At which point our boy decides that there were some things he would never give up.

"They can take yer nads, but they'll never take...yer pronouns!"

He didn't seem to get the reference. Honestly, that's one of the few things I hate about this job. You can twist people's forms to your whim, but there's no communication, no feedback.

"But it gets reversed at the end, right?" His voice barely wavers, even as it rose. Mezzo-soprano, I think. It's not like this is an exact science.

When his ears rise from the fluff like a time-traveling robot arriving in the 80s, he briefly wonders how he had been hearing Jill, especially since he can hear much better now.

And then nothing else happens. The changes seem to have stopped.

Cautiously, he looks himself over, like a soldier defusing a bomb.

A very sexy bomb, as it happens.

He's mostly off-white all over, with blue-grey at his toes (which he absolutely refused to call paws), his hands, and his chest, leading up to his muzzle. I hadn't made him a carbon copy of your average Sexy Bugs Bunny costume. Wouldn't want copyright infringement, after all.

Speaking of his chest, it wasn't massive, but still notable. More striking were his long, powerful legs, particularly the wide hips. His rear, however, looked like it should be immortalized in wax. And he had the type of waist that's generally found on starving people in third world countries, or international supermodels.

All in all, he looked like the type of girl he would hit on.

Except for the part where she was part rabbit.

And if he was drunk enough...

"Say," I note, "what was that she said about mind wiping?"

A spike of ice stabs into Harry's chest. Like most people, he's very fond of his mind, even as little as he uses it.

It occurs to Harry that something is missing. Something important.

Like a cute little period on the end of a sentence, an adorable tail pops into existence above his grabbable end, and Harry cringed, waiting for his mind to be wiped, for the process to be completed-

I was standing on the washing machine with my eyes closed and fingers in my ears. When I felt him relax, felt his relief, I did too.

"Well, looks like you get to keep your creamy filling." I give my craftwork a once over. The luscious curves, the confused, vulnerable naivete. I lick my lips. "Or maybe they'll be filling you."

I push a thought to Jill.

"Know what? I'm tired of talking around a corner," she says. There's the soft sound of someone getting up from a couch.

I'm proud to say that I didn't influence his panic at all. Wanting to hide in the dryer was entirely his idea. He would've been surprised to learn that he would fit, but the question was put on hold by Jill's appearance.

He nearly laid an egg right there.

"So you're made out of dust and lint now?" Jill said slowly.

Harry nodded, his big floppy ears flopping back and forth, his jaw set.

Heh. Harry the Hare. That wasn't even on purpose.

"So what happens if you get wet?" There was a plan forming in her mind. Well, more of an impulse, not enough for me to get a read. I throttle back on her impulse control.

"I spilt into two. I also shouldn't be fed after midnight."

"Very funny." She picks up the spray bottle. "Hold still."

"Remember when I asked you if you knew what happened to my chips?"

"Were you really telling the truth?"

There was a pregnant pause.

Which seemed as good a time as any to take my leave. 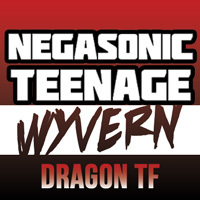 An education in transformation.

Your opinion of how surreal this is may vary.

You might think that this story's premise is some kind of meta-deconstruction of many cliches present in TF fiction, where the divergences from realism are the result of an omnipresent but unnoticed entity - much like a writer, in fact - altering things and people to their whim.

Or it's a weird idea I had while cleaning out the lint trap.