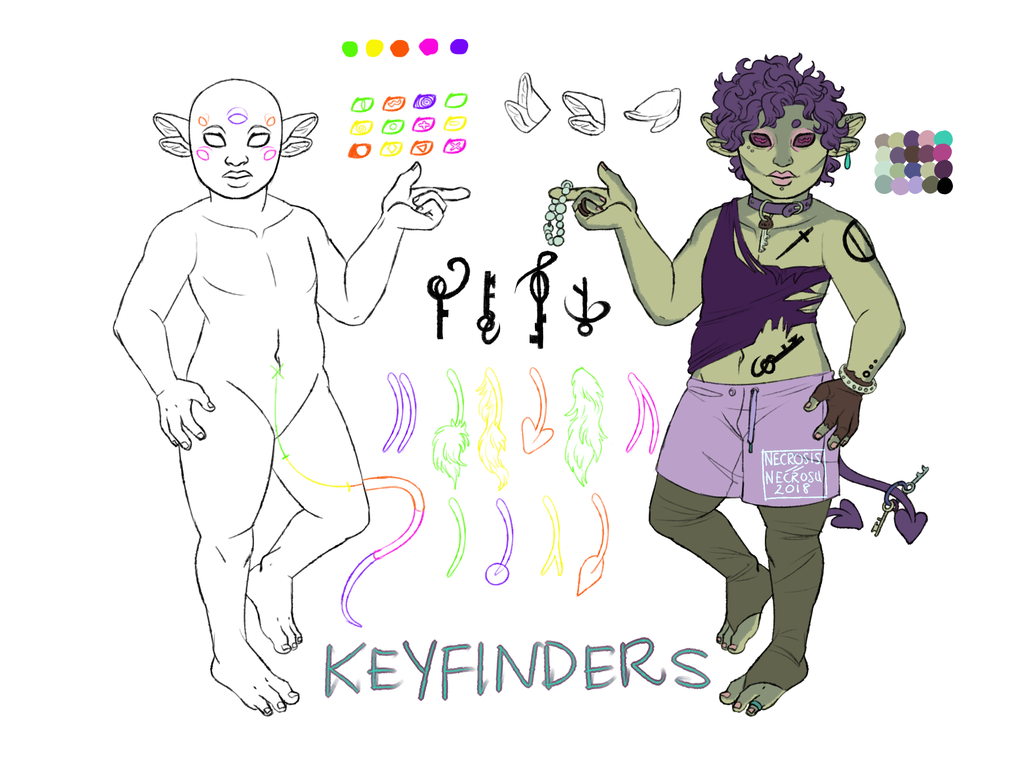 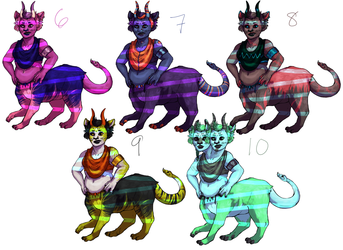 i revamped the design for keyfinders and set some parameters for like individual variation within the species finally. they are capable of more feral appearances but i will probably end up doing a second reference sheet for them as like some kind of subspecies. Zombie Cuttlefish (the colored example) will be available for purchase with the first set i post.

Any time something goes missing, a Keyfinder won't be far behind. While they cannot claim responsibility for objects going missing, they will claim ownership of them. Keyfinders, as their name suggests, are pretty fond of keys, but they won't turn down any item they come across. And once it's theirs, it's lost forever.

They focus exclusively on lost objects, but if someone wanted to disappear and become unfindable, they'd have to trap a Keyfinder in the act. The best way to summon one is to leave a large pile of objects, emotionally or monetarily valuable if lost, and turn your back to it. When one appears, they'll try to take the whole pile at once, although considering their size this proves difficult. All one has to do then is to catch them in the act, and the Keyfinder will be more than willing to help one disappear as long as they get to keep their new cache.