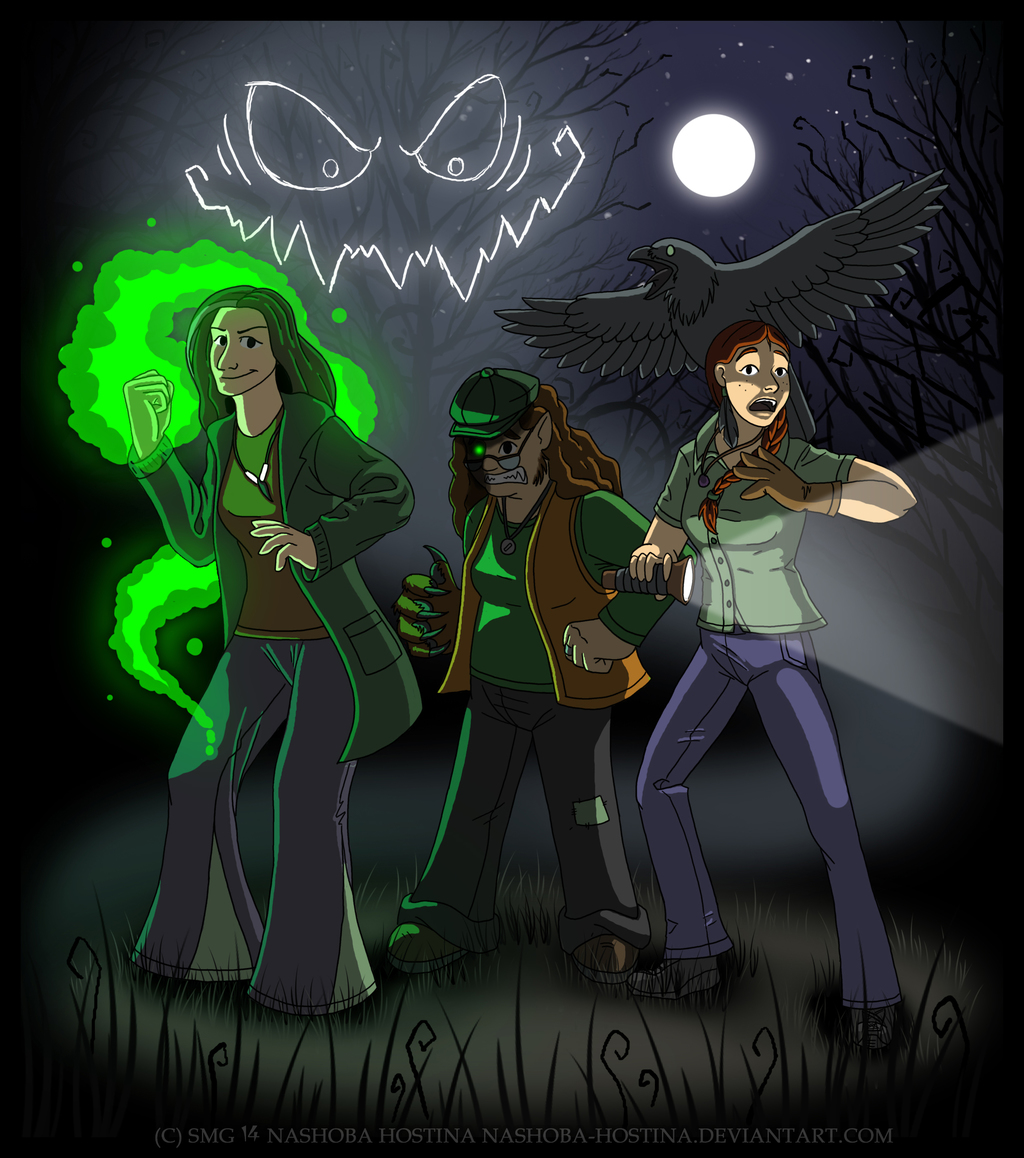 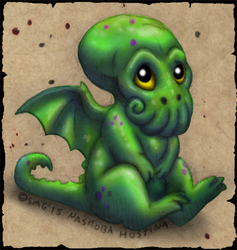 Work has been, well, awful lately. So, I decided that I was going to quit my job and solve mysteries for a living: debunking hoaxes, chasing cryptids, and busting ghosts. My friends Wolfsjal and :Iconsagekorppi: opted to join in! Now we’re a cartoon trio with unrealistic quirks who are off to help people!

Though I think we’d all share responsibilities for the group for the most part, I think that when it boils down to it, in terms of the Scooby formula, Wolfsjal usually fills the ‘leader’ role, mostly because she’s got the flashiest abilities. With magic skills, so long as she can borrow enough energy from the living things around her, she can do all sorts of nifty tricks. Like provide light when the flashlights die. Or blow stuff up, occasionally. That’s very useful. I ask her to do that a lot.

Sagekorppi typically falls into the ‘brains’ role, able to debunk hoaxes and outsmart ghoulies. She’s also… really good with corvids. Like, creepy-good. She even has a very intelligent ‘pet’ talking raven (because there has to be an animal sidekick) that seems to basically be on the same mental wavelength as she is. It’s great to have around for scouting and information-gathering. It also may have turned into a black coyote once. It was a weird night for me; I don’t remember it well.

As for me? I fill the ‘scardeycat’ role. Unfortunately, I have a hairy little problem… That is, I’m a werewolf, and if it’s the full moon or if I get too spooked or startled, I tend to wolf out. Sometimes, I’m able to help out in such cases, but I’m also just as likely to be the cause of even more problems, depending on how good a grip I have on myself. Needless to say, hijinks ensue. Thankfully, Sagekorppi’s raven speaks werewolf, and Wolfsjal’s magic can help keep me in line.

Now I just gotta get a minivan.

It’s kinda weird. I watched a lot of Scooby Doo when I was younger, you know? Started on A Pup Named Scooby Doo and then quickly got to the good stuff, the classic cartoons and such. But I also look back at my other fandoms and interests… I LOVED Fangface for obvious reasons, and the other young adults+sidekick cartoons were fun. I really liked Buffy the Vampire Slayer, comics like Beasts of Burden and Hoax Hunters, and now I’m really into Gravity Falls, and I’m somewhat ashamed to admit that I really enjoy the plethora of ghost hunting and cryptid chasing programs out there (I love watching them debunk stuff). I guess I’m still into Scooby Doo, just in different forms.