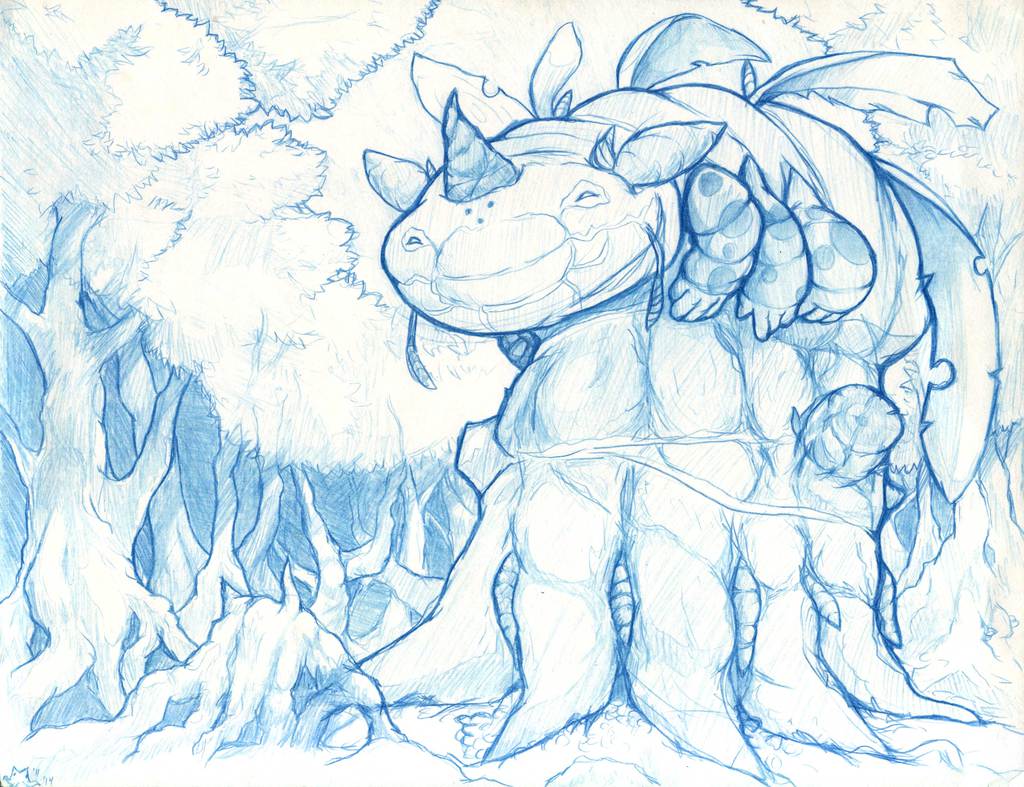 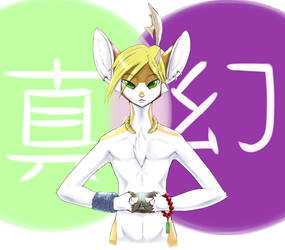 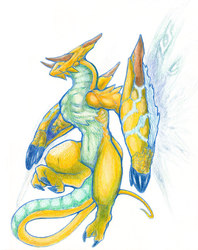 So ya, back in 2011 and trapped in North Carolina my brain was rather puttied, so I with drawing I was focusing on quasi 'non-creative' other stuff, like drawing photographs - to work on details and get my brain working on "realism", and studies of others' concept works more in depth to see how I could eyeball stuff like that and see if it left any impression. I did a lot of Pokémon stuff as well as Breath of Fire IV, which I've yet to finish (... need to get on that), but I really enjoyed the imagery from.

I did a sketch of the Kaiser Dragon that I then colored with scrounged coloring pencils (I haven't posted that here it seems... I'll rectify that), and here is Su Ryong - the tree dragon.

If you look at the dates it says both '11 and '14 because Ryong's body was mostly done three years ago, but mostly just the overall sketch and sharpened outer lines. From the pic I was referencing he's folded over to look at Ryu and Nina (excluded) and he's actually long and tree/silo shaped. Here he just looks like a squatted phallic-shaped tree thing with caterpillar arms or something.

So I just went from the top of my head for the greater details and aside from the knotted bit where the two excluded characters would be standing (included to cover up a root that'd gone too far) I proceeded to do the forestied bits on my own. My feelings on it are meh, mostly I'm done messing with it and 'posting' seems to vindicate my mind on the matter.

Also I've posted it mostly to scan size for details if you care to look. You'll also see dirt scuffs and probably drink stains as I've traveled and sketched in bits here and there and shit happened n'stuff.