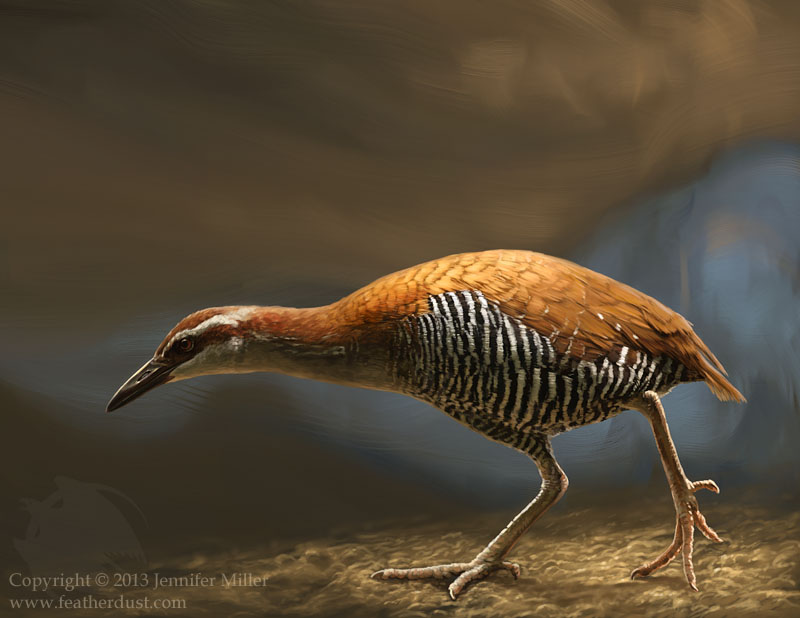 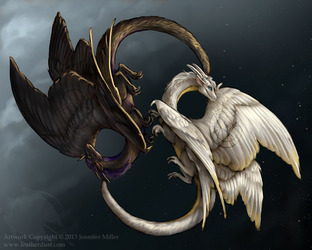 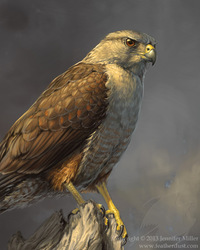 Guam Rail
Extinct in the Wild

Guam Rails is a species endemic to Guam. Before the 1960s, they were very abundant on the island and populations are estimated to be over 70,000. Sadly, this changed abruptly after people introduced the brown tree snake to the island. The rails, being flightless and having evolved no defenses to this previously unknown (to them) predator, were wiped out by the snake, and (later) introduced domestic housecats. By 1981 the population had dropped to around 2,000... and by 1987 it was considered extinct in the wild.

Today, there are only about 300 of these birds left, most living in captivity on Guam where they are trying to breed them, and most of the others in zoos and a few other breeding programs.

This piece was painted for "Losing Altitude" http://losingaltitude.deviantart.com/, a book project highlighting birds that are threatened or endangered.

Additionally, I am selling prints of this image to benefit the Ko'Ko' project ( http://kokoforcocos.net )-- I have contacted them and hope to hear back on how I may donate. If they do not accept donations and no other Guam-specific charity can be sourced, I'll instead send the proceeds to a similar charity such as the Peregrine Fund or the World Parrot Trust.
Prints: http://featherdust.storenvy.com/products/2698611-koko-print-to-help-save-rails

This was painted in Corel Painter, using the acrylic brush tool and some oils in the background.

More information on these birds: http://www.birdlife.org/datazone/speciesfactsheet.php?id=2857