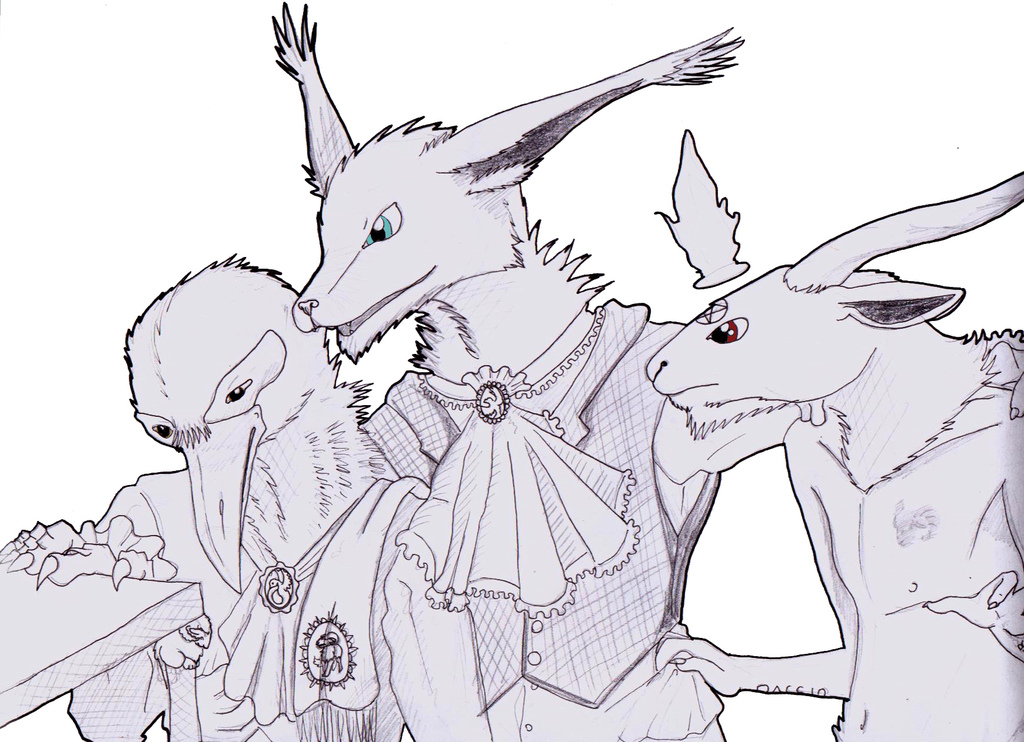 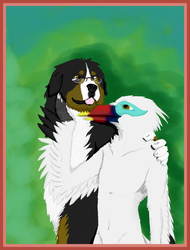 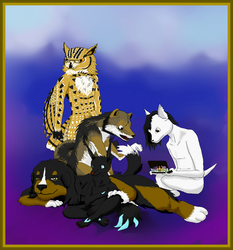 "Master King seemed to be confident, but he had a strange look on his face. Danae was at the palace, and by some reason, Master Baphomet took him to our room. King called him and he came to us.
Danae is one of the few here who isn't commited to the care of King. He doesn't even look like he cares about King at all. He even dares to defy King.
King said something in the ear of Danae. He gave a defiant look at King, and then my arm tickles. The word is now Overpower. King putsa piece of fabric in Danae's shoulder.
King wanted to use me? It didn't looked so, but the word had never changed without the King wanting to do something with me. He drew something in my chest about an hour ago, he was bored.
King took me from my shoulder and Danae from the waist with the other arm.
And then, King started to whisper again, but in a strange tone. It sounded like the words comming from his mouth was a purr. Danae suddenly oppened his eyes, and then a little moan came out of him. His plumage bristles. He looked like he was shivering and he abandoned any attempt to remain composed anymore.
Danae belonged to King all the time he was whispering. Danae moaned.
Master Baphomet was looking all the scene from across the room. He looked somewhat amused, somewhat displeased."