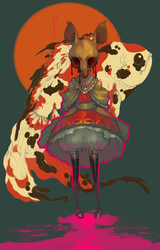 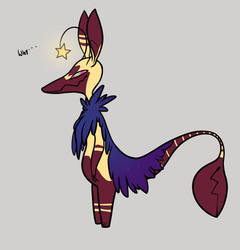 my characters Rufus & Ambrose. Rufus is on the right he's the older brother who attempts to cheer up his Depressed Teenage Would Listen 2 The Smiths If They Existed In This World younger brother Ambrose by being an obnoxious piece of shit. i mean, cheerful & goofy. Ambrose is too busy being Fucked Up bc he walked in on his mother's suicide and suffers from severe flashbacks. among other things.
Rufus is a reporter for a newspaper that is actually a front for a revolutionary group in the outer slums of Arthasia Capital City. he's p good with a handgun. but also good at getting beaten the fuck up.
Ambrose goes to the big fancy university thanks to Inside Connections to study medicine in the hopes of becoming a doctor for the residents of the outer city. however the residents of his neighbourhood, even people who knew him/his family, see this as a betrayal to them and "attempting to overreach his class status" and resent that. also his childhood/teenage habit of killing animals didn't go unnoticed so there are quite a few rumors goin around the neighbourhood that he's a monster. hurray! inadequate help for mental illness in an impoverished and oppressed part of society!