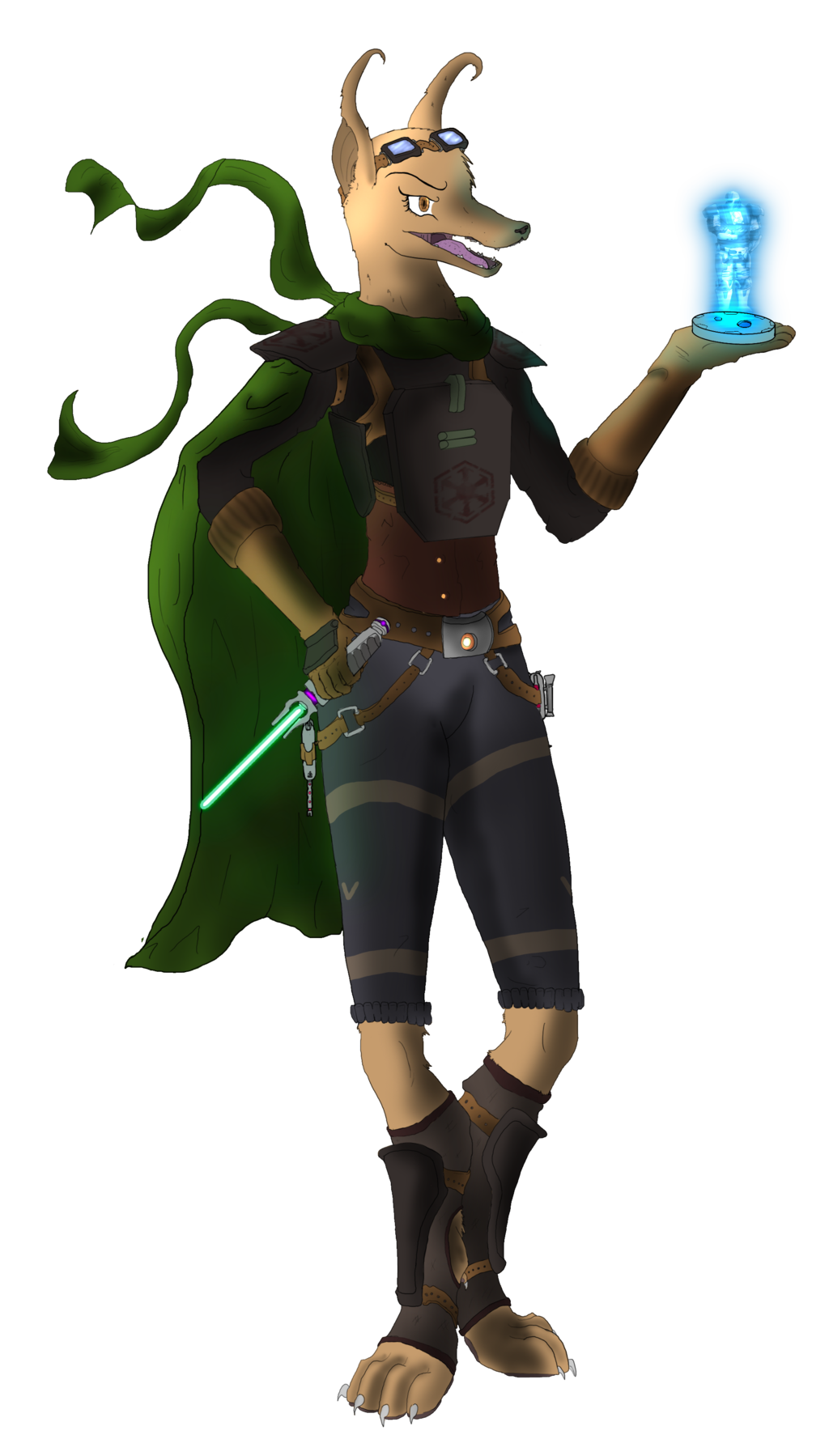 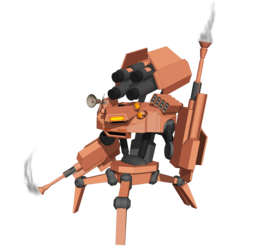 Agent of the Dread Masters-Ytriumm Cobalt

Bio:
Ytriumm Cobalt, a mildly force attuned Nalroni, was born to famed crimelord Hue Maxim, who both terrorized and policed the Celanon Spur just decades after it's discovery. When Hue eventually settled down he married a Nalroni smuggler in his employ named Sasha Cobalt and within two years the two had their only child Ytriumm. She was raised largely by her father and, due to high kidnapping rates in Celanon City for wealthy families her father Hue trained her with both martial arts and a blaster rifle from an early age.
Eventually when Hue's age began to show he left his empire to Ytriumm and carried on purely as an advisor. Just prior to the Sith invasion of Celanon Nathahl Loshibiru (the Jedi Knight who would eventually become Darth Vanguardius) aswell as Celegian Jedi Master Guata'flo paid Ytriumm a visit. The two were investigating a dark side presence the planet harboured and were informed that Ytriumm's company dealt in ancient force artifacts occasionally. Confrontation flared between Ytriumm and the Jedi but before a victor could be resolved the Sith Empire appeared and invaded the system. Hue's organization was famed for being defenders of the Celanon Spur and Ytriumm, as leader of the D'astan Ring reluctantly joined the Jedi to try to find a way to the spaceport to break the blockade and rally her forces. Guata'flo was killed in the fighting and Ytriumm and Nathahl were taken captive by Darth Tetricious, the latter became her new apprentice in exchange for their lives.

While Ytriumm made sure to keep a low profile, her position as Vanguardius' consort and agent gave her a high position in the Dread Master's power structure. While Vanguardius and Ytriumm began as unwilling allies their emotional intimacy grew much stronger and the two came to count on each other heavily both in and out of combat. Vanguardius, who harbored strong respect for alien cultures from his time as a Jedi Diplomat, defended Ytriumm with tooth and nail, making sure even Lords of the Sith respected her as her station demanded. Due to the species barrier the two never became romantically involved but Vanguardius and Ytriumm remained close friends and allies and continued to work alongside each other even when granted independence. When Vanguardius and Ytriumm were trusted enough by their master to gain some autonomy Ytriumm returned to Celanon, where her father had been conducting guerilla campaigns against the Sith Empire to avenge her presumed death. When she returned she did so she brought an offer from the Minister of Logistics: "Work for the Empire, and be paid handsomely" for her father. At a loss for how well his daughter had been treated in her absence, Hue accepted and the D'astan Crime Syndicate began transporting vital supplies to Imperial worlds along the Celanon Spur and Hydian Way.
Currently Ytriumm Cobalt acts as Vanguardius' consort, battle partner, and primary agent.

Ytriumm Cobalt is very proficient with blaster-weapons and often uses both highly accurate blaster pistols as well as sniper rifles in combat. Both of these are extremely effective when combined with her stealth field generator belt which allows her to sneak behind enemy positions nearly invisibly. For close range combat she also has a Shoto short-bladed lightsaber. While Ytriumm has training with knives and unarmed weapons, the Shoto is used by her purely as a tool, a glorified plasma cutter with which to damage droids, unseal doors and occasionally stab assailants from behind. Unlike a knife it cauterizes the wounds of her enemies which is extremely useful when hiding bodies on stealth missions she is often sent on alongside Imperial Special Forces.

Did this using Photoshop CS2 for the final product.

My character (named Galaxia on the republic side and a copy of her named 'Ytriumm' on imperial) from SWTOR; you can find little old me on the Harbinger server. I've had her decked out in imperial guard-style armor since level 35 or so when the destroyer set came out. Recently with the introduction of costume Dyes i was able to get her into a black-on-black gearset.