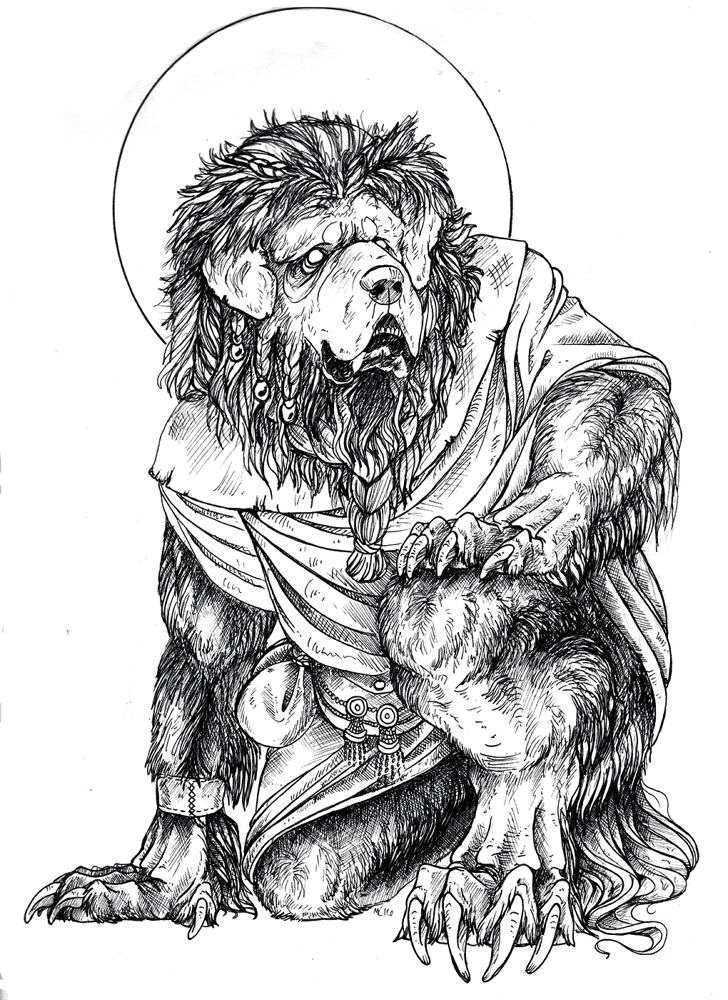 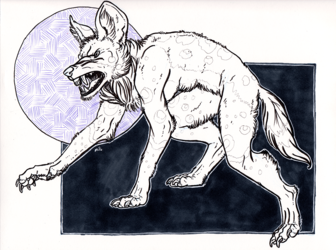 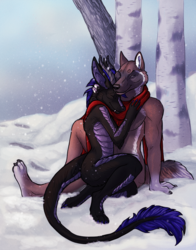 The beast rises, on a cold, stormy night, its breath a puff of crystallized air. Massive paws break twigs and frost-covered grasses as it patrols its territory, its blank, white eyes shining in an almost ethereal manner. What used to be a modest herder, now roams the mountain paths, protecting the wild areas from those encroaching and destroying the land.

On dark nights, if one listens quietly, they might hear the loud, baleful howl of the spectre. Should they be simple travelers, they have nothing to fear, and they might even find themselves helped by the ghostly canine.

Remake of an old picture I did last year of a tibetan mastiff revenant! :)