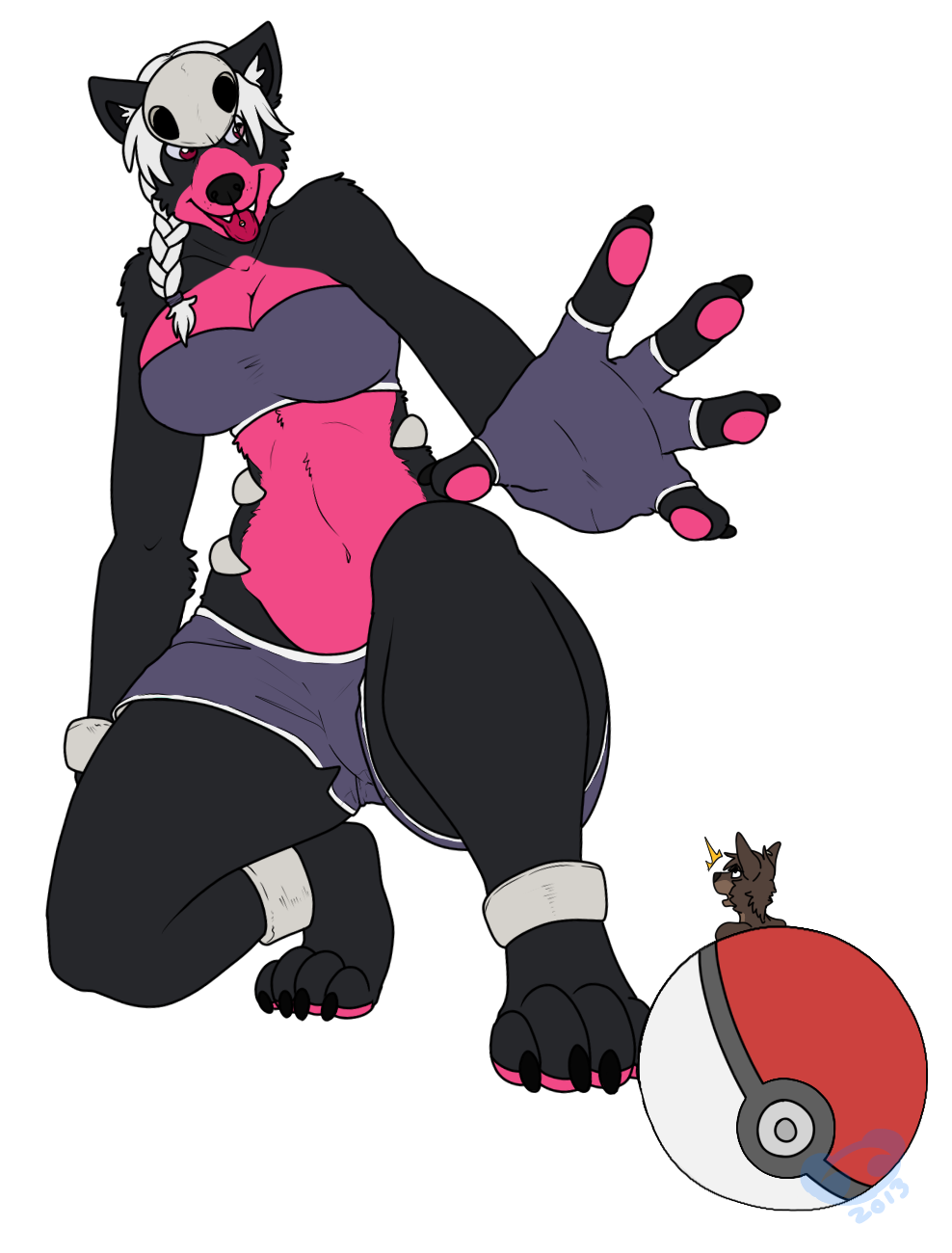 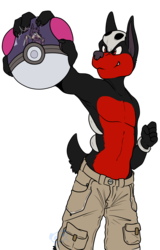 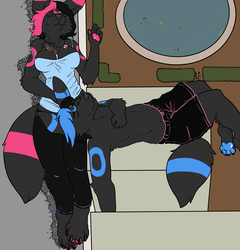 Micah looks up in awe and fear as the Houndour he tried to catch seems to swell in size. Her giant frame showing off powerful muscle as he dwindles at her feet. Soon our dobie hero is just a mouse to her, he sees her reach for him. Instinctively he backs away only to trip into his own pokeball he dropped while trying to catch her.

Now who is going into the pokeball ???

Introducing a new character of mine. I named her Dylan, she is my second Pokemon character and third character I have shared with others in art form. For those who know me I have many alternative characters created on Second Life. There will be more about Dylan later, including the fact she is a gender shifter and can switch genders at will. As a male she would be black with red markings. They soften to pink when she is her normal gender state.