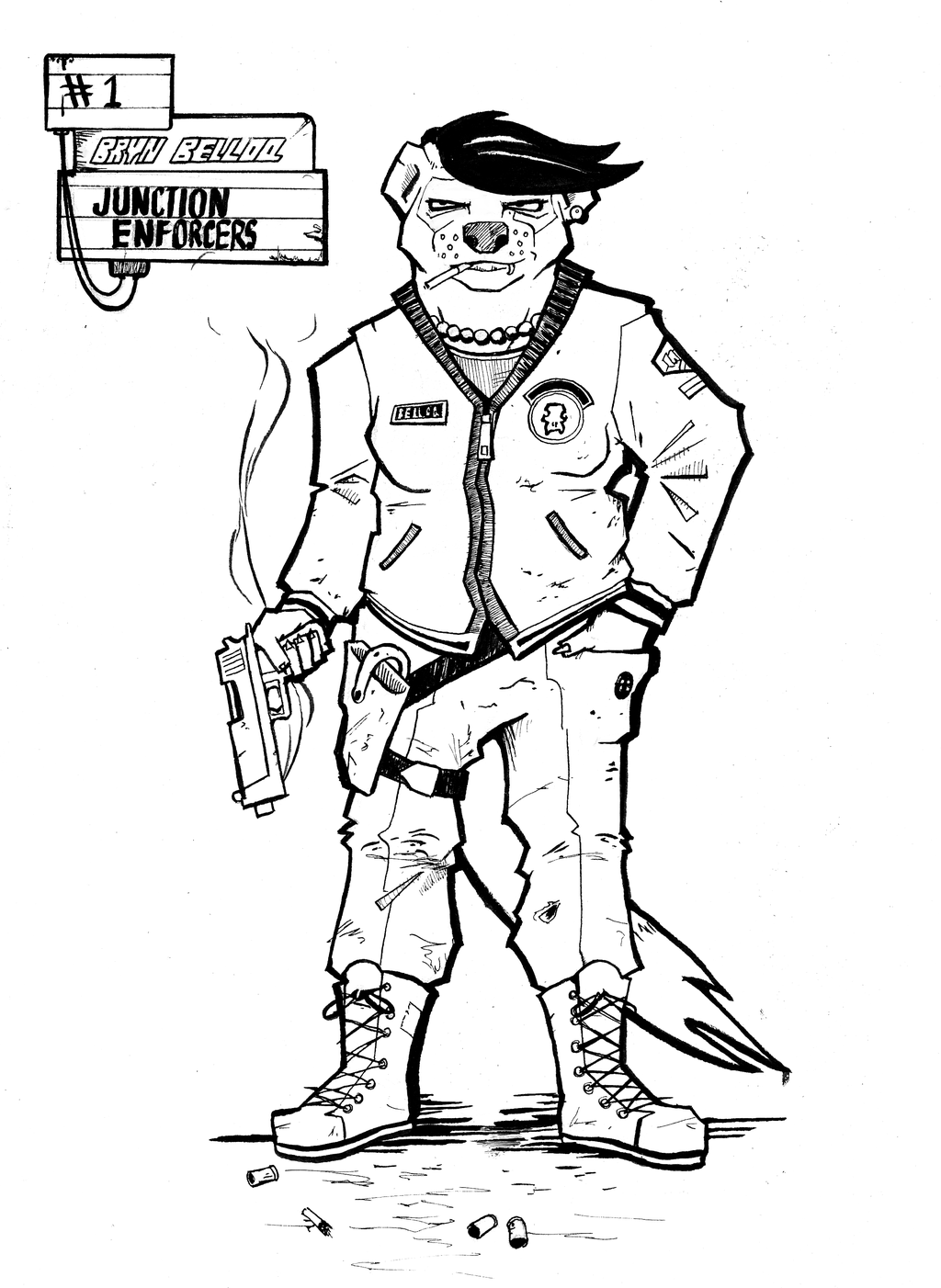 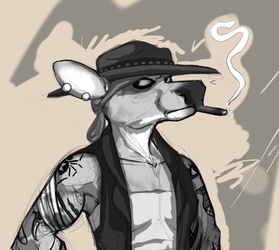 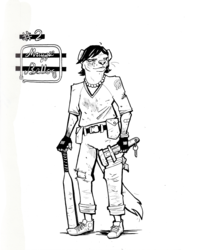 I have elected to subject myself to Inktober 2017. Famous last words?

What I’ll be doing for the month is designing, or at least fleshing out, 31 characters for my comic project The Dust, as well as hopefully finding a better title to use.

I’ll do the characters in somewhat-chronological order, according to how I plan to have them appear in the story’s five distinct arcs. For each character, I’ll also write a short bio/synopsis of their proposed role. I’ll consolidate them all in a journal on DA to show off once I have all 31.

So, first one off:

A devoted member of the Junction Enforcers, a gang of mercenaries tasked with enforcing law in the seedy town of Black Junction. When Bryn is accused of covertly working for a despised bandit gang, she deserts the Enforcers to enact her own personal justice - both on the bandit gang, and her former friends within Black Junction.

Alright, so, nothing personally new for me with this character. But it was good to experiment a but more with her design.