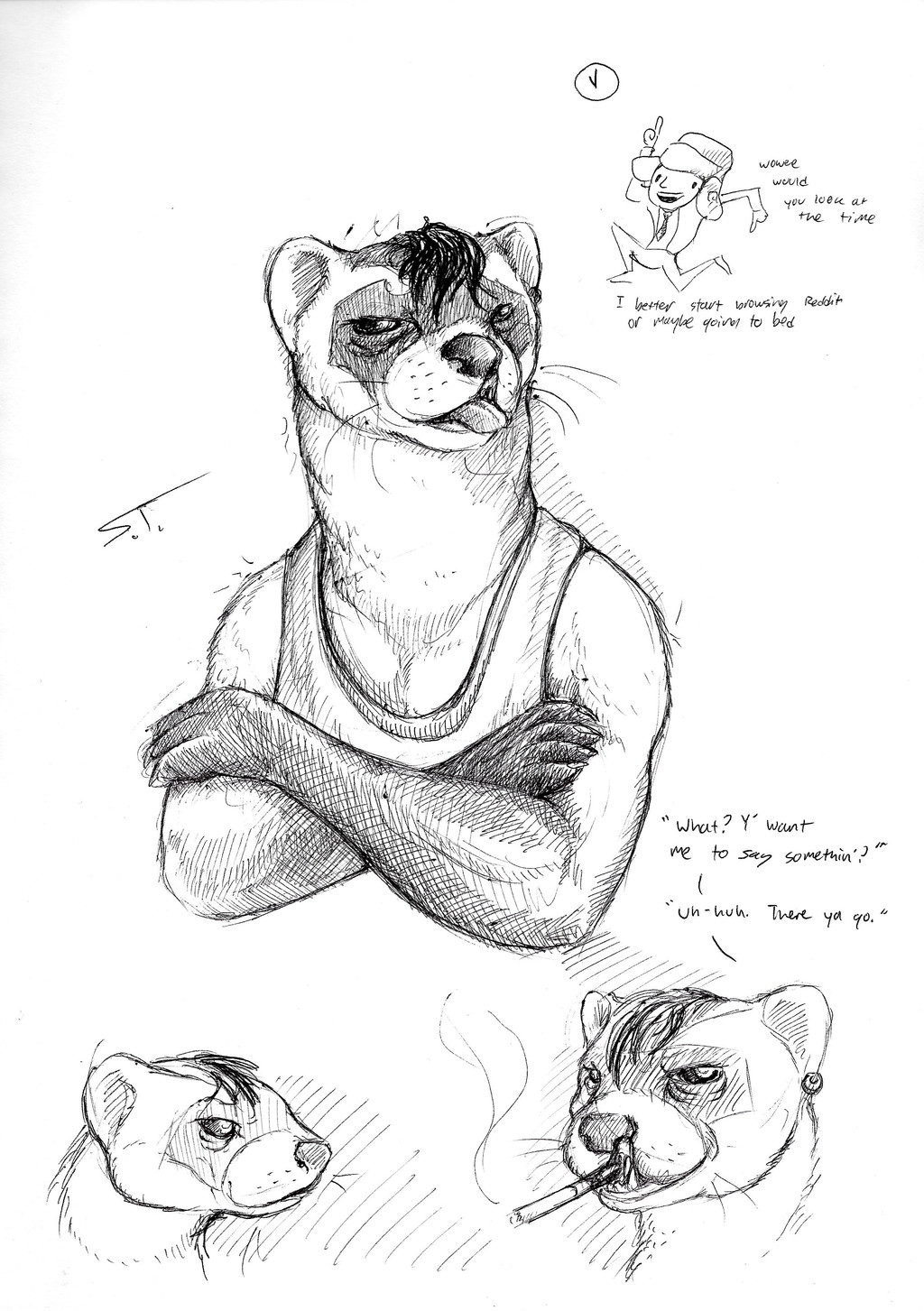 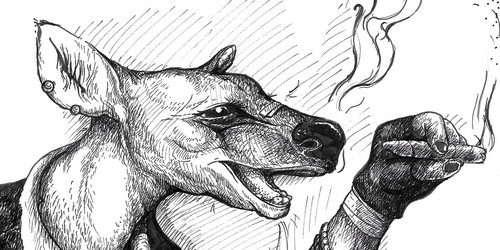 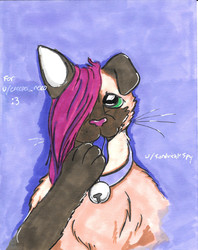 So, having won a free request from my friend malesciadragon over at Tumblr, I decided to sketch out this character a little bit to help 'em with a reference for my piece.

As I've implied before, I'm worried I'm getting a little too attached to Brynn, being an abstract conceptual personality manifested as an anthropomorphic character, but still. I'm making up for it by having horrible things happen to her in her story. Mwa-hah-hah.