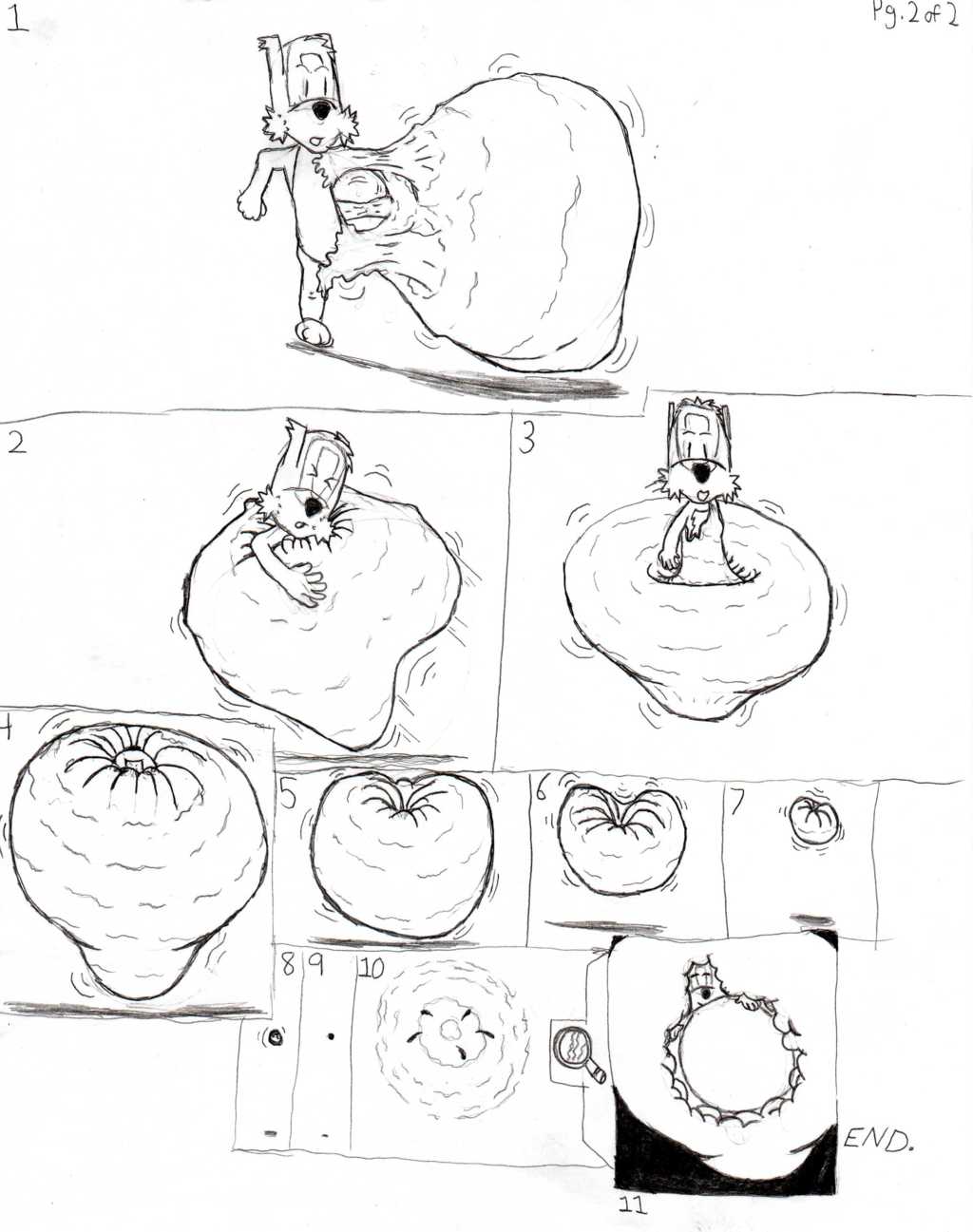 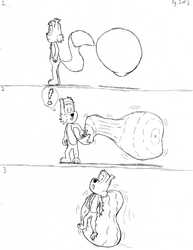 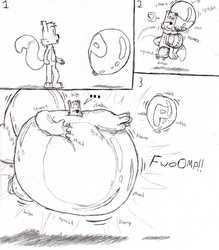 Panel #1: The balloon now has OrangeMario's arm as it slowly ripples towards him.

Pannel #2: The balloon makes another lunge at OrangeMario, absorbing the rest of him esxept for his right arm, and his head.

Pannel #3: OrangeMario then realises that he can't try to escape anymore as he is slowly being pulled into the liquid floating vinyl ball. He then suddenly realised that the balloon is not harming him in any way.

Pannel #4: He sinks into the ballon to the point that his nose is only showing while the liquid vinyl flows into his mouth, filling him up as he slowly gets absorbed completly inside the balloon.

Pannel #10: As the balloon keeps flowing, it becomes as small as a dot, and then the dot "pops" out of existance, leaving behind small ripples that shift the space the ballon was previously.

Pannel #11: But don't worry, OrangeMario and the balloon are perfectly safe. In fact, they are still in the same spot where they dissapeared, but you can't see or touch them! OrangeMario is inside the balloon which is inside of OrangeMario! So he relaxes, gets settled inside, and warms up inside the magic balloon.

Plus, he can return back just by swimming out of the balloon which would cause the balloon to exit out of him as well (mind boggling, isn't it?); and "pop", their back.