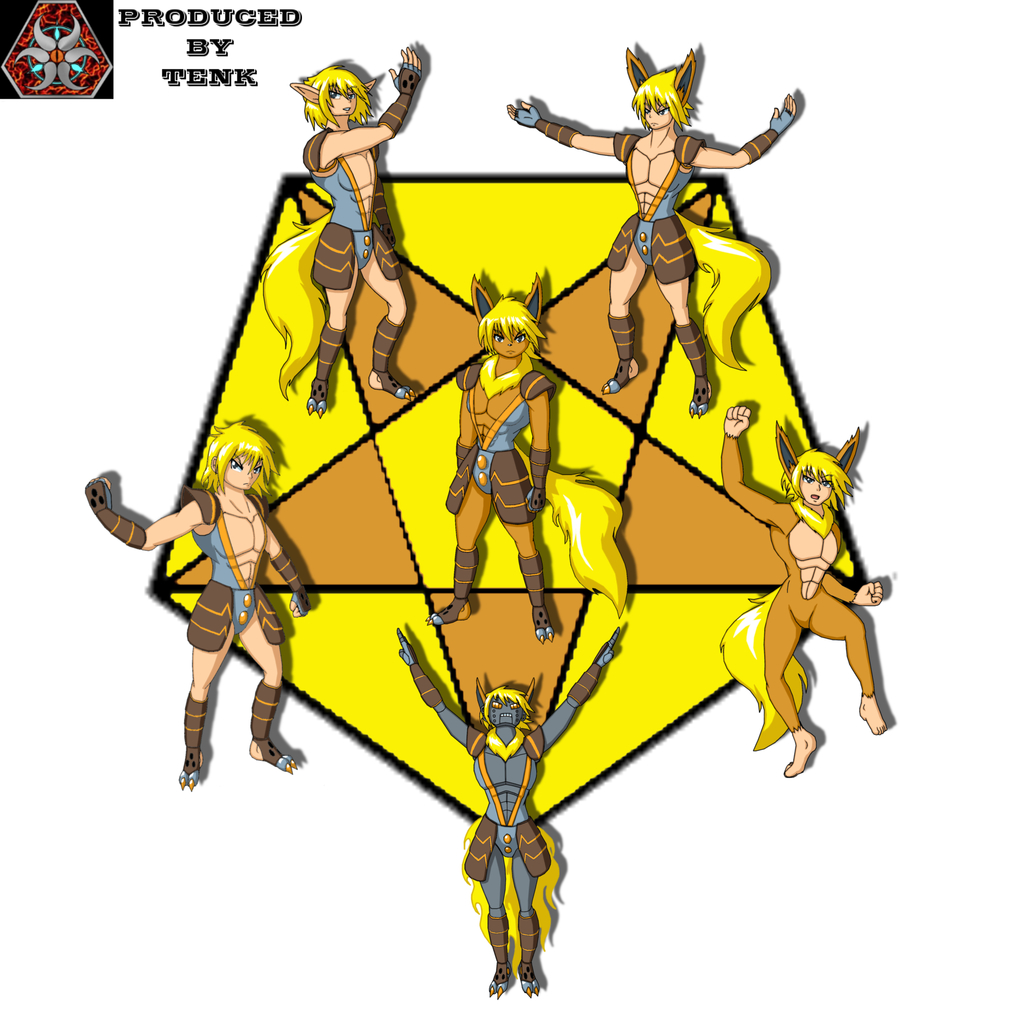 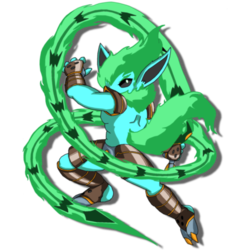 Now the monthly theme I had for Akumori here was not for "May the Forth be with You" day, but was actually meant for Firefighters' Day. And here I decided that my fiery "One-hit-wonder" was best suited for this day.

Center: Original
Yes, the original. Who'd forget to add that in. And if your wondering; he's a shiny anthropomorphic flareon.

Lower-Left: Human
He's face maybe a little off, but who cares. =p

Upper-Left: Beast-Elven
While this maybe an inspiration by Vixynyan; what to call this variation was difficult to decide. So I just went with "Beast-Elven".

Upper-Right: Kemonomimi Version 1
Did a quick google on gijinka and realized the difference; that gijinka is a cosplay, rather than inheriting beast-like features.

Bottom: Android
Oh this one's my favorite. The first thing in my mind was Robo-Ky, so I bluntly went with that concept for this variation. The tail is fiery, BTW.

Apart from the original, the poses I gave him are actually based off Dark Soul gestures. A whole lot of you already can tell the bottom one's gesture.

Akumori is © to Yours Truly.
Flareon reference © to Nintendo.