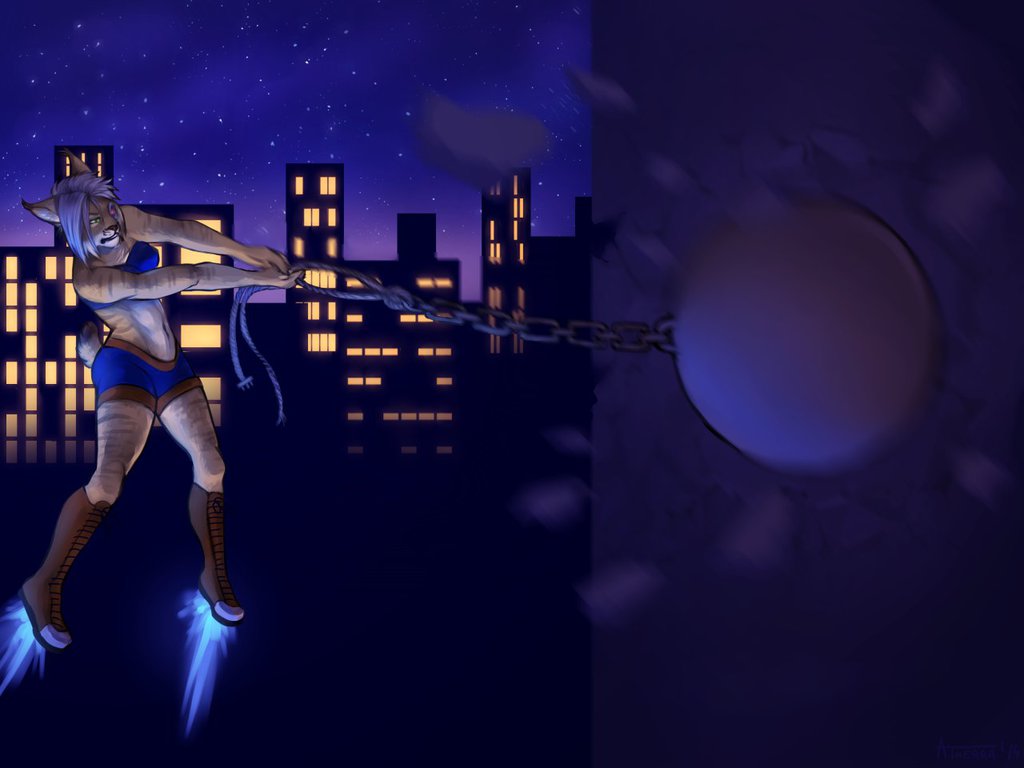 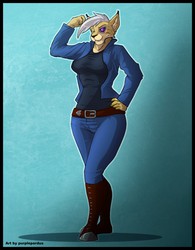 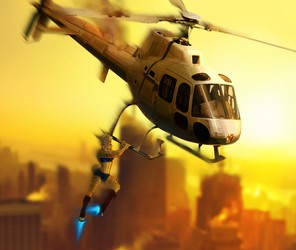 “HERE COMES LIGHTENING, HERE COMES THUNDER, FARK WITH THIS BITCH AND I’ll TEAR YOUR ARSE HOLES ASUNDER!” screamed the furious cyber-lynx with as much gusto as she could muster.

Like an Olympic hammer thrower she had the wrecking ball spinning perfectly around her. With jet powered flight, Evay came in like a wrecking ball into the buildings surrounding her. The gang members were sent scattering like frightened children as the powerful cyborg tore through their drug operations with her steel ball tethered in her bionic super powered grip.

When the lynx was done, the compound was set ablaze with dark poisonous chemical plumes and smoke filling the air. The lynx, her shoulders alight with fire from the blaze, let the wrecking ball slip from her fingers, crushing a car underneath her. She couldn’t be happier, knowing that it was the ferret’s automobile, who was only moments away from getting in. Now he was flat on his arse, his eyes bulging with fear and his brows sweaty from dread. Evay hovered down, grabbing and holding him by the collar of his shirt and gazed into his eyes, just as police sirens could be heard over his shoulder.

“Who…who are you…what are you?” his voice barely a partially strangled squeak.

“I’m the Cyber-Lynx…here to fark up your shit and kick some ass…but today…I guess your ass is going to jail.”

This piece was inspired by a chapter I had written and is linked above. Subtly or sneaking is not something Evay excels at very well. She'd rather go in hard...and wreck up your shit!

This brilliant piece of art by   Atherra