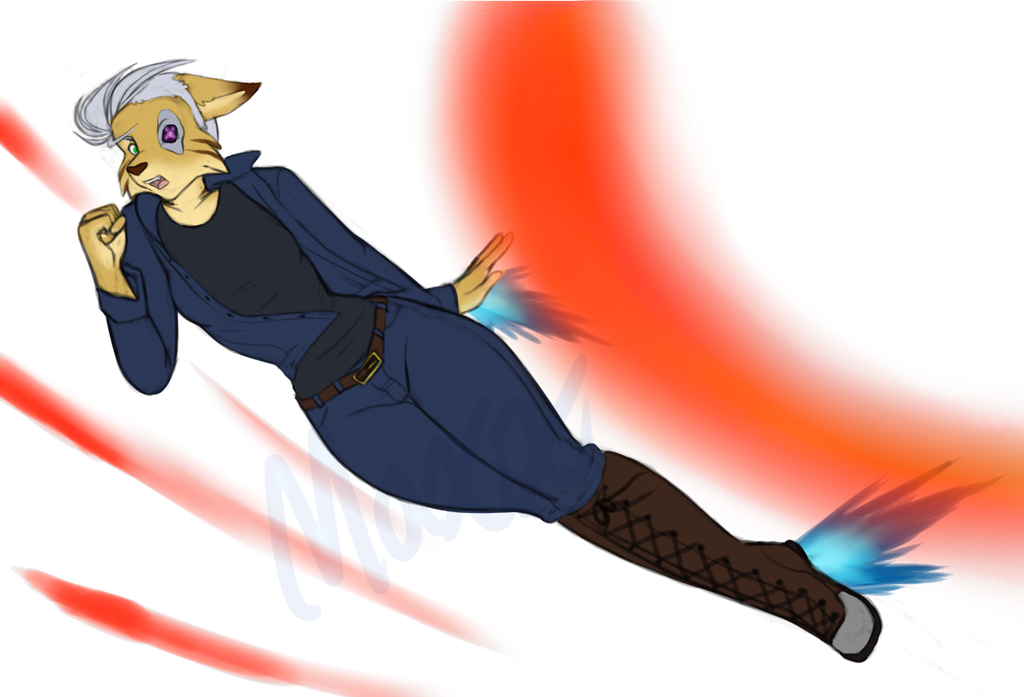 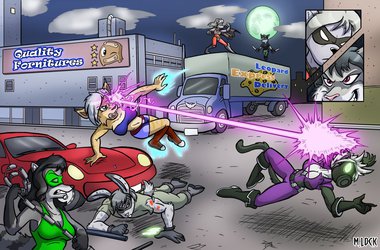 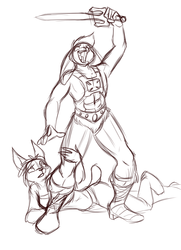 Exempt from my first Colmaton story - A Lynx in The Mix

The robotic orbs lit up, ready to rain down red-hot plasma bolts upon the lynx. Her best weapon was useless in this fight, but nothing they could do was going to takeaway Evay’s gutsiness for experimental aerial manoeuvres.

With a confident smile and her mind racing, Evay tore herself away from the flying droids to focus on the heroine. Laser bolts streaked across her face and if she remained stationary she would be shot out of the sky. She began turning on an axis, spinning slowly at first but it didn’t take long to build momentum. She twirled faster and faster, turning a straight aileron roll into a barrel roll while under constant fire. Her speed managed to keep the bolts astray and luckily for Spectra, the droids had no interest in her.

Story can be found here http://www.furaffinity.net/view/12943040/
Spectra (mentioned) belongs to a friend, details in the link

It would seen Evay is under attack...but by what? Streaming a hailstorm of plasma bolts Evay's way could only mean some mechanical friends have returned.

An awesome action picture by   MaxxMissions