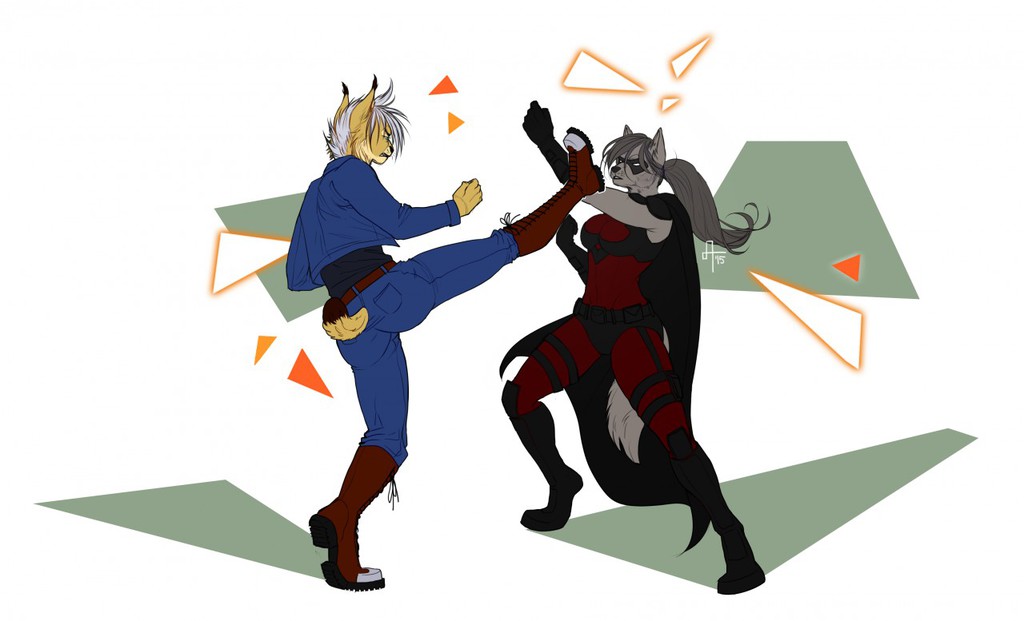 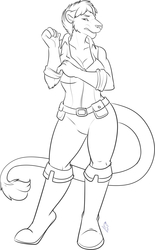 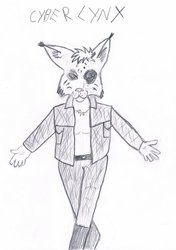 A year ago today, mighty unregistered heroine's clashed on the rooves of Grant City. They were Evay, The Mighty Cyber-Lynx and Erica Decker, the fierce stalwart vigilant War Wolf.

vivavulpes is the creator of Grant city and War Wolf. Vivavulpes, or Viv as I will say from here, is an amazing writer I have come to know over the course of a year that has been a wonderful time. Because of Viv's talents and love for writing, he has made an amazing character that I found a little over a year ago and fell in love with War Wolf. Reading her early tales and battles inspired me to go into the super hero genre.

So...inspired by War Wolf and Viv's talents, not to mention it's a pleasure to know he is a delight to know and share many similarities in our works.

She starred in her own universe but reading that War Wolf became a part of the colmaton universe, I wanted to know what that was like. He pointed me towards one of the greatest personalities I have to know here. He is   wolfrider my fellow Aussie mate who helped set me up with the rest of the Colmaton group.

I'll say it here as well,   TRAIN and   MOJOrover Thank you guys so much for letting me star in the Colmaton super hero world and interact with the BOS. I am having the time of my life. Evay is my favorite character I have ever created. I am passionate about her. She has taken over my own personalities half the time, XD.

So this picture is for the Anniversary of my first story that was in Grant City but still in the Colmaton universe. - http://www.furaffinity.net/view/12943040/

This is my thanks to you Viv for being my friend and being apart of Cyber-Lynx's inspiration.

Art by my amazing friend   Atherra Please watch her, she deserves it. Commission her! She could use the work to help pay for art supplies cause she goes to a art school and she just had to buy a new tablet.