I'm not very good at talking to people, but I sincerely appreciate all comments/favorites/follows I receive! 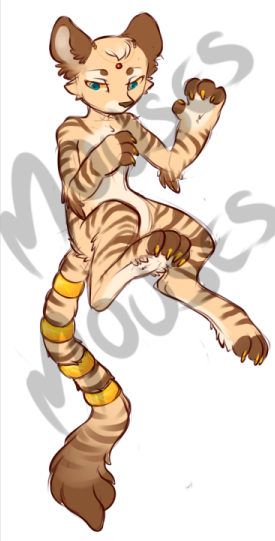 Get to know Mouse

EVERYONE ELSE WAS DOING IT SO

What's your orientation?
A very long string of question marks
but I am primarily interested in ladies

Are you single, taken or undecided?
Taken by Junko Enoshima.
Wait no I mean

What do you do in your spare time?
Mostly I like to play videogames, but I also doodle dumb things, write fanfiction, roleplay, read...nothing all that interesting, oops.

What's your job or occupation?
Currently unemployed, but I'll be taking classes soon so I can get my license for home health care. I wanna take care of old people 8)

What do you like about yourself?
Uuuhhh.
I always try to be polite as possible and get along with people??

What do you dislike about yourself?
I'm stupidly shy and anxious and am always worried people are annoyed by me/think I'm dumb/weird/etc. I rarely put my own needs first, even in situations where I probably should. Also I'm a really picky eater :[

What did your friends notice about you when they first met you?
That I am tiny and quiet.

What is your belief/religion if you believe in anything at all?
I've never been a religious person at all.

Do you drink?
Only with friends and if I can tolerate the taste of whatever it is we're drinking because alcohol tastes really gross

What are your major fears?
Deep water. Lakes/oceans/bodies of water where I can't see straight to the bottom...partly because I can't swim, and also because I don't know what's in there. Change is also very scary and I don't like to think about the future.

Do you have any dreams or goals?
eeEEHH...not...really...? it's hard for me to think about things that are in the long term. I'd like to have a job and enough income to get by on. I just want a comfortable life, basically.

Have you ever had a crush or an ex?
I have had lots and lots of crushes
um maybe one ex?? but I'm not really sure he counts because I was like 12 and our non relationship lasted maybe a week lmao

Who's your best buddy?
I have a lot of buddies that are super awesome and I love them all
but

is a long time friend of mine who has done so much for me and I honestly have no idea where I'd be right now if she hadn't come into my life.

What's your favorite dish?
CAKE. I'm a huge sucker for cake and brownies and sweets in general I love them so much
but uh as far as...food-food....
I like pastas?? and pizza...and steak....

What's your favorite drink?
I'm in a committed relationship with starbucks white mochas

If you had a super power, what would it be?
also really. really hard to pick. teleportation would be really nice...or shapeshifting, or invisibility. or being able to conjure items at will. I would conjure up SO many videogames like u don't even know.

What's your favorite movie?
I really, really love the Silent Hill movie. The first one. Don't talk to me about the second one. I have plenty of other favorites but there are just. too many.

What's the last meal you want before you die?
can it be cake???

What do you drive and what would you really like to drive?
I am not a car person I do not give a single shit about cars

What is your most disliked bug?
If it is a bug and it is on me or in my house I probably dislike it!!!
Things like centipedes and spiders and venemous bugs/bugs with stupidly painful bites are especially terrible though.

What pet peeves do you dislike the most?
RUDE/DISRESPECTFUL PEOPLE.
People disregarding wonderful female characters in favor of male ones.

What do you dislike in life?
Misogyny. More rude/disrespectful people. That there is not enough time in the world for me to play all the videogames I want to play.

I'M STEALING quaggy's LAST QUESTION BECAUSE I LIKE IT

What are some things that make you happy or that you enjoy thinking about?
Lesbians and feminism and anime 8) 8) 8)
Making old people happy
Cute animals
Furry conventions.....