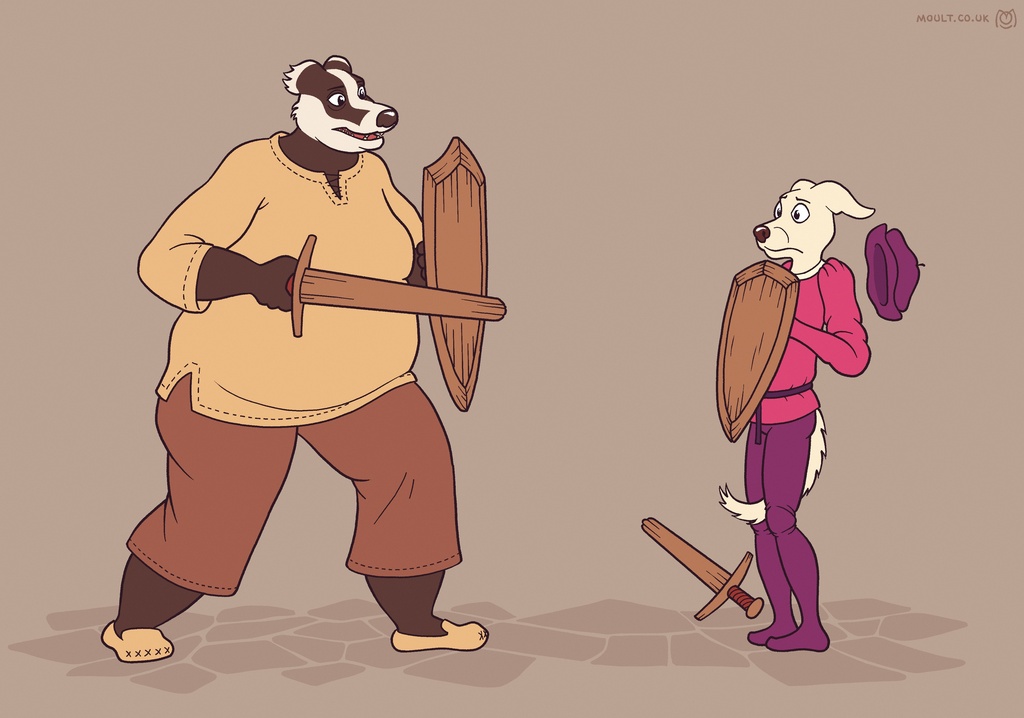 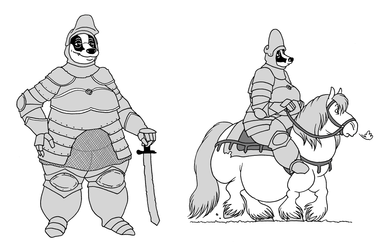 facts to note about benno: a) he's not a child, he's (like his compatriots) just small; b) he's not traumatised by past experiences with swords, he's just cowardly

benno is from a superrich supercorrupt imperialmercantile state, and a kind counsellor got him sent to distant paucinia as an ambassador because he was clearly too good and pure to last long at home (where overt violence is seen as rather gauche and people tend to die elegantly of food poisoning, falling out of windows etc)

paucinians by contrast are totally sedentary and peaceable. brigid was a feared mercenary as a younger woman; she settled in paucinia in later life, and has adjusted to their use of weapons only for sport and ceremony, but still sometimes takes the game a bit too seriously