Gods for the Machines 13: Lazarus by morpheuskibbe 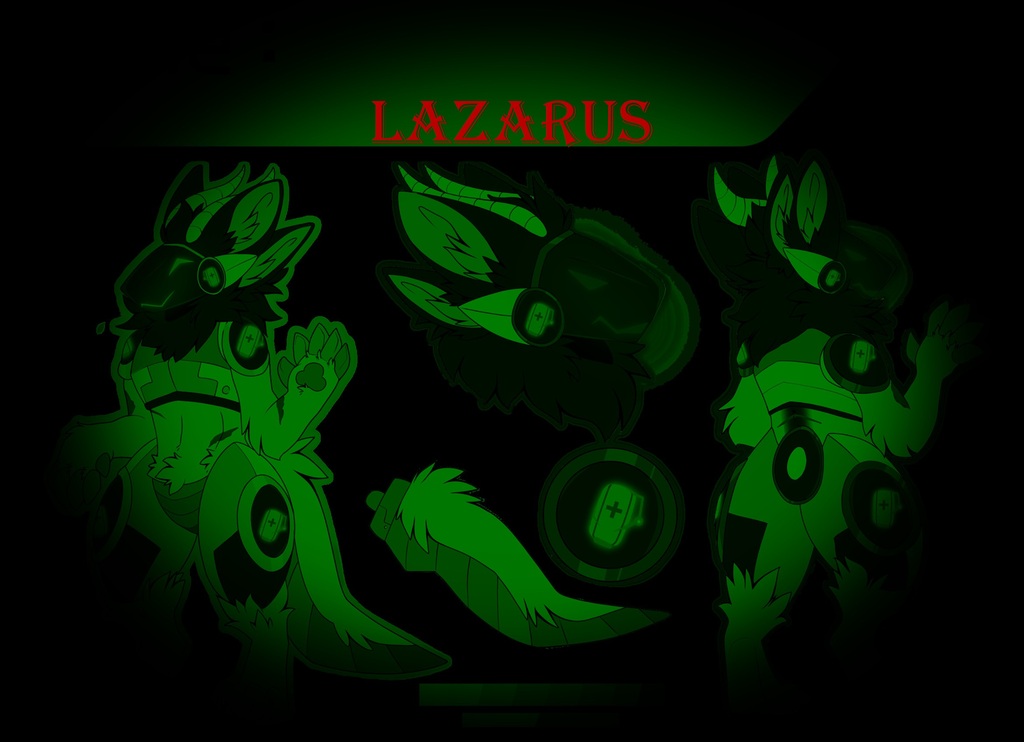 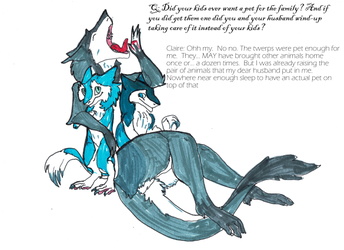 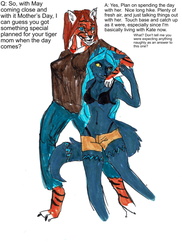 Gods for the Machines 13: Lazarus

My Books for sale on LULU:
http://www.lulu.com/spotlight/amk1954

Victoria felt amazing. The new body she had didn’t hurt like her old one, she could move freely for the first time in so long. And that was just the start of it. She was strong, she could feel it, the biomechanical muscles twitched with strength she’d never had as a flesh and blood woman. Now all she had to do was deal with the other problems that had popped up of late and…

I will be spectacular

“Yes I will be” She mused to herself. I can make people immortal. transfer into repurposed corpses, or just cyborg bodies was the cure for, well anything. The amount of wealth and acclaim that was coming now that it was successful with her was immeasurable.

I can crush my enemies

Her enemies were still present, of course. Victoria had had a good look at the ‘angel’ as some of her men had started thinking of the, thing. She had to admit there were some similarities. The thing seemed like a young woman with wings. A thorough external examination had confirmed that it’s physical body, except for the wings, matched a rather rare species called a sergal, down to every anatomical detail. Scans had confirmed similar for internal organs, mostly. The ‘girl’s physiology had much more developed muscles on her chest and back, likely to support the wings. The differences piled up beyond that though. She was lighter than she should be. Her size, with the wings, would have implied 250-300 lbs would be expected, but the ‘girl’ was little over 100 but given how hard the clamps had to work to keep her in place she was far stronger than she should have been even at normal weight. It was annoying to say the least to learn much more though. The only scans that worked were ultrasound as just like with visible light, X rays just went straight through the strange creature as if ‘she’ did not exist. Blood tests were pending, but it was a head scratcher.

That would be easier, but that wasn’t right. This thing must be some sort of spy somehow, probably some sort of bio drone made by a competitor. Someone must be ahead of her in producing synthetic bio-androids. That was the only explanation that made sense. Some sort of android with stealth field generators built into its cells. After all it couldn’t be an actual angel, could it?

A knock on the door shook Victoria out of her thoughts, “Come in”

The door creaked open as Atasi took a step in, “Ma;am. Dr. Edwards?”

“What is it my dear?” Victoria tried to sound cheerful through the speaker system of her new body, and tried to put on a face that seemed cheerful. She wasn’t sure how successful she was given her newness in the body she now occupied.

“About the… uh the angel…” Atasi started.

“DON’T!” Victoria snapped. Making Atasi jump a bit but she stood her ground.

“The. Woman you have imprisoned downstairs” Atasi continued, “This.. this isn’t ok, you know that right”

Victoria felt sure her ‘face’ faltered given the look on Atasi’s face, and tried to keep her voice steady, “We know the, creature, downstairs is something we haven’t seen before, she’s clearly not a real woman, sergal or otherwise. Could be a bio android”

Victoria tightened a fist, “That creature invaded your home and attacked you, in case you forgot.”

“I didn’t forget, Doctor, but still. I mean we have a naked woman restrained in the basement and you are experimenting on her”

“We need to know how it works. How does it totally evade any light, at any frequency, not to mention what its goals are”

“But we can’t just keep her locked up like this! its illegal!” Atasi did her best ‘im serious’ face.

Could just snap her neck… Or strip her down and…

Victoria shook the thought off before it could continue, why would she even think that direction? Trying to get back on track she addressed Atasi again, “And what would the cops do? The invisible ‘woman’ would be out almost immediately if we trusted those idiots to hold her!”

She’s got to go too. Grab her.

Victoria stood up and stepped closer to Atasi, “Just focus on your job”

Victoria found her eyes, or rather her camera’s, exploring the young girl’s body. She did look cute to say the least. Victoria had never been particularly interested in, well anyone, but now that she didn’t have dying to worry about she could actually focus on the world around her in a new way. Her thoughts had been darker than she had expected though. The young girl in front of her was someone that she had started to think of as a protégé. Thinking of her now as a possible plaything was new.

No she would fight back, or scream. It would be a problem.

Just kill her then

“NO!” She shouted, but it wasn’t just her that shouted it. Snapping to attention she looked down to see the terrified face of Atasi. The snow leopard was pawing at Victoria’s hands. Hands that were presently tightening on her neck.

Victoria let go, it took much more mental effort that she expected to let go. That.. that wasn’t’ right. what was wrong with her?

“I.. I’m sorry” She stammered out as Atasi backpaddled.

“What did you.. Ma’am are you ok?” Atasi asked. keeping her distance now.

What are you! Victoria screamed internally. Her intrusive thoughts were clearly more than just ‘thoughts’ she had grabbed Atasi without even noticing that she’d done it, and while being angry was one thing, but flip flopping between being happy to see the girl, to wanting to keep her as a toy, to wanting her dead was NOT normal.

Glancing around it was true, Atasi had not bothered to stay in the office. Luckily for her and for Victoria, maybe she could focus on this new, horrifying, situation.

“Who. are. you?” She asked herself out loud.

“Lazarus? Like the undead guy from the bible? What are you doing here, this is MY body, who are you to be in my mind with me!?”

In leu of a reply she felt a buzzing behind her eyes and felt her legs weaken. She struggled to keep standing, but it was a losing battle. She staggered a few steps towards her chair than slumped down as she blacked out.

It was just darkness for a long time till Victoria slowly came to. She felt different than she had up till now. Pushing herself to her feet she realized she didn’t feel as strong as she should. Looking down she didn’t’ see the new cyborg body, she saw her old one. Her fur looked healthy and thick, like it had before her illness. Her vulpine gradients were back as well, but the pain wasn’t. She was her old self, healthy and without the pain that had haunted her so long. She was so happy for a long moment that she didn’t even care than she seemed to be totally naked.

She froze as her brain clicked into gear, “This makes no sense” She asked no one in particular. Not just that she was naked, but that her original body was very very dead right now, she couldn’t be back in it, and it couldn’t be healthy even if she was. Glancing around the room she found herself in she made another discovery.

“This isn’t my office” She said, but it was. or rather it was a different one of her offices. One that she hadn’t had since she was in college. She was in her dorm. Her old dorm back in grad school, but.. but that was totally impossible.

She staggered to the window and looked out, but she saw nothing. Literally nothing. There was no campus, no nothing out there. Rushing to the door and opening it she found that there at least was a hallway. Before she left, she threw open the closet, but no it was empty. Gritting her teeth at that she groaned audibly, but she couldn’t stay here. So still naked she left the room and started walking down the doom hallway.

She tried each door as she passed by, but all seemed locked. The only one she found that would open was the bathroom, but it was empty. Eventually she got to the elevators, would they even work? What was this demented copy of her old dorm building? Something had to be responsible for this, but what, and more importantly how?

Before she even moved to press the button one of the elevator doors opened. What came out was far form what she had expected. A demon was all she could think. It was a huge hulking beast, it looked like it was a fusion of several corpses. To many arms came out of its torso, ribs and random bones seemed to stick out of it in random directions, and glancing farther south…

A brief glance was all she needed to tell her that looking at that particular location was something to be avoided.

She very much did not. The vixen almost went to all fours as she rocketed down the hallway as fast as her legs could carry her. The demon was giving chase. She had a head start but it was so so fast as it rushed her.

On HELL NO! Was all she could think before throwing open the door to the stairwell and sprinting down the stairs with the creature and its apparently multiplying appendages grabbing at her. A few levels down she was accelerating by not even taking the stairs so much as jumping down them. Landing on all fours on each landing and jumping down to the next level then repeating.

She reached the bottom and burst out the door. At least now there seemed to be an outside other than just a void. She glanced around trying to figure out where to go next when, in a hail of glass shards and an impact that felt like an earthquake, the demon hit the ground next to her after apparently having jumped though a window to get down faster.

She turned to run and fell on her face when something grabbed an ankle. She twisted to see the beast that had her. She kicked at it hard to prevent it from grabbing her other leg. She knew that if it did then her she’d soon have a problem with the demon erection that she was trying not to look at. With a twist she pulled herself closer and buried a fist in the demon’s face before contorting herself down to sink her teeth into the appendage around her ankle.

The thing bellowed and let go of her. She wouldn’t get a better chance. She twisted around and ran. This time she was on all fours. Clawing at and kicking off the ground as hard as she could she ran like a beast. She wasn’t even sure where she was running too, just that she had to get away. Campus seemed to come into existence in front of her and fade out behind her. She burst through door after door, doing everything she could to lose the monster behind her. Eventually she got far enough ahead that she didn’t hear it anymore. She found and empty closet in the chemistry lab and crawled inside. She curled into a ball like a scared child and passed out from exhaustion.