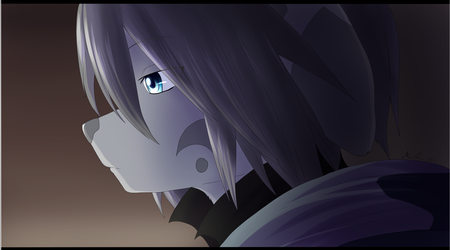 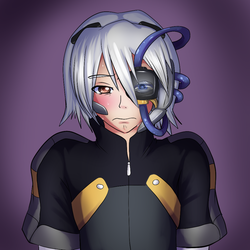 Want something other than anthros? Turns out I can do digimon, too. It's been an important fandom for me, and I've been in it since late 2011, and boy were those years never uneventful, filled with ups and downs and all sorts of loop-de-loops. These three characters here are the main three that I used in the fandom from time to time.

The first one is Evelyn Otalia, who was my character when I was a judge in the Bits and Bytes OCT on dA (in the story, she died when she was blasted off a cliff trying to protect her boyfriend). She was created when my friend and I wanted to join another OCT before BnB, known as the disastrous DWC (three years and they never announced a winner. Yes, they still haven't announced that winner.)

The second character is Hukaro Nakawa, who was actually the character I started out with in the fandom and took Evy's place as Judge when the second BnB rolled in (ultimately, the entire tournament itself ended in disaster, which left a distaste in my mouth about the fandom for the longest while until now. Poor Hukaro never got to finish his story, which I had so many plans for....). He was originally the main character for the now-dead FDD, Digimon SpiritBlade. Oh wow....Hukaro never finished ANY story, and he's my favorite to use :(

The third one's the newest, albeit weirdest one. Quinton "Quinn" Leohart. He currently resides in a new RP group known as Digimon LinK, which has its own interesting lore. Quinn here is known as a "Digi-elf", a human who died, but because of a "glitch" in the world, they come back as some sort of limbo between human and digimon. The more you die or the longer you're a digi-elf, the more digimon you become. Good news is that they can respawn every time they die again. Bad news....well there's no way to reverse this. Most people who chose to be digi-elves were mostly animal-like. I was like "bruh. Imma go over there and make him a cyborg. kthxbai"

It was a challenge initiated by one of my friends, and he wanted us to do a character in the upcoming Digimon Adventure Tri style. But because I was a Tri-hard (pun totally intended), I went ahead and made three styles in one day. Hukaro came out alright, Evy looks less Tri out of the three, and Quinn came out the best....somehow.....