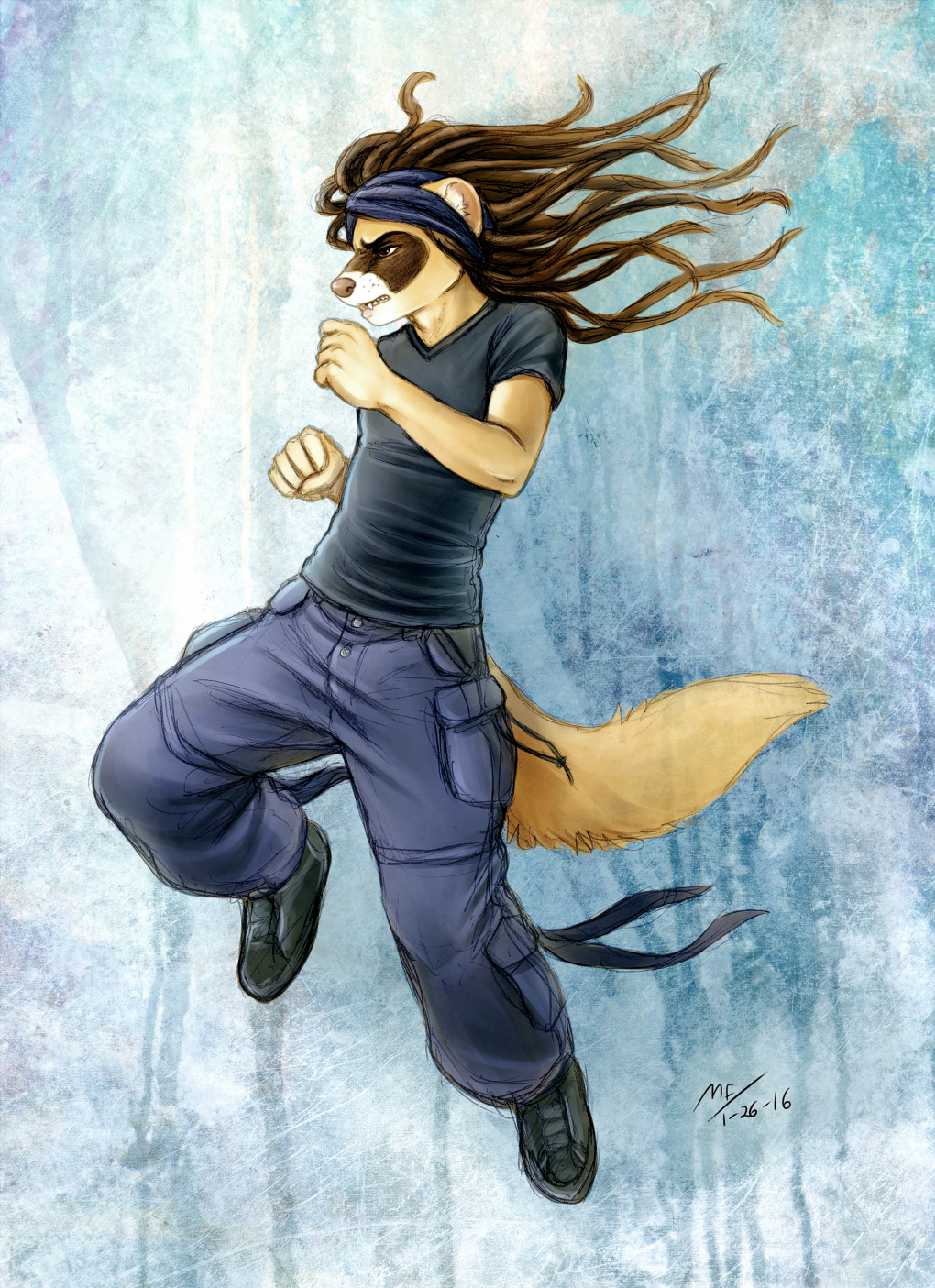 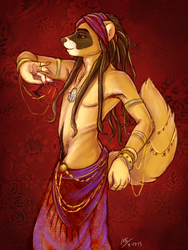 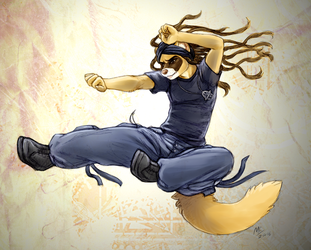 Digitally colored pencil sketch. I was listening to music from the Street Fighter games the other day (I particularly like Guile's theme...don't judge me!), and thought it would be kinda cool to draw Idan like a character from a fighting game, even though it's completely out of character. Since he's Israeli, his combat style would be Krav Maga. XD