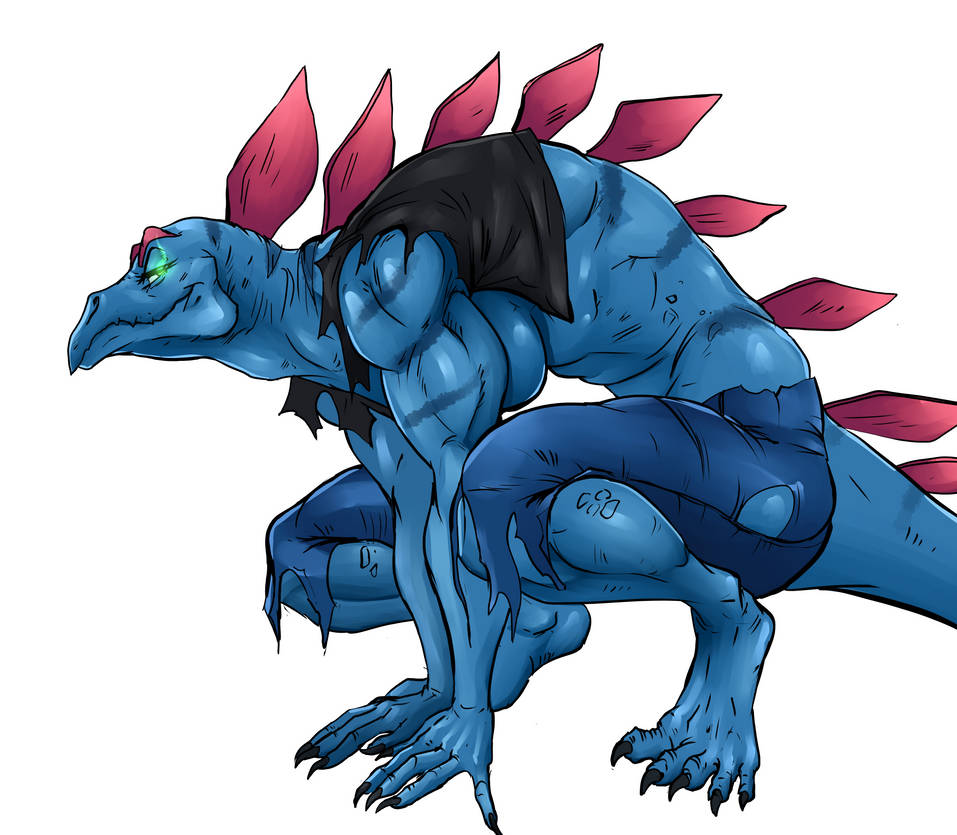 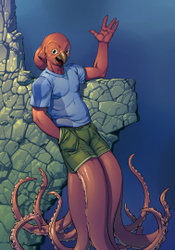 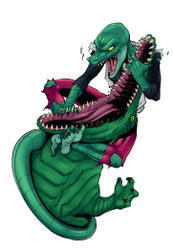 Rhonda э were secretary of one nasty business man who repeatedly sexually harassed her and was unaware of her, but since he liked her, he could not let her go. all the more she could blabber about his harassments. So he threatened her if she told someone about his harassment. He will be able to hush up the case, but he will reverse everything so that she can never find a job in this city again. one day she decided to spend her free time in the museum at a dinosaur exhibition. she felt like one of the expans. a certain stone of a strange shape from the times of the Polozoic era. as if whispering something to her, asking her to touch herself. She did it and felt something strange. after a while she became sick at home and she turned into a dinosaur-like creature similar to a stegosaurus. Her first desire was to take revenge on her bastard boss in the guise of Stegronda