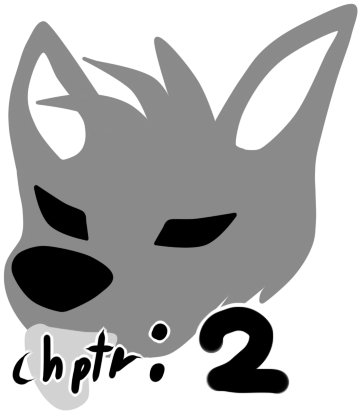 Chapter 2, Stuff em' up, till you can't support enough!

Once I realize that I left my doll on my bed, I then go over back to my bedroom quickly.

Then I pickup my doll and hug it very close to me. Hehehe the little thing I always keep forgetting.

I always promised to keep it by my side, and rarely let anyone else have it.

So I brought it with me over back to the kitchen and set it on the table. Then brought out slices of ham that I put in a small plastic bag.

Then cheese and lettuce, chips and... what was that other thing?....

I tapped my fingers on the table slowly as I tried to figure it out what it was. I always hated those moments when your mind suddenly goes blank.

Then the thought of yeast came into my head and then bread, which, was the thing I needed. But not ordinary bread. French bread, ahh yes the sometimes very long pieces of bread.

I then went to my pantry door and open it then looked through the stuff I had in there mostly like... The regular things..

Then I brought the bread out of my pantry and grabed a knife to cut a big part of it off. There was a small little piece with bread on it that came off. So I then brought the piece of the bread to my doll..

Then opened it's mouth and put it in smiling, pretending to be silly. Cause...it's a doll what do you expect?

Then cut the bread again on it's side to make an opening to put stuff in it. Like you would open hotdog buns to put in the hot dogs.

Then after putting in the lettuce and cheese I finally put in a few slices of ham that I heated up a bit to give it a taste. As I then put the things I brought out back,

then ate my sandwhich. Which tasted really good. Feeling the slightly sweet taste of the heated ham as the warmth.

Rested against my tastebuds and feeling the soft feel of the lettuce. Rub against the roof of my mouth. And the soft but slightly, sour taste of the cheese slowly, melt on my tastebuds.

I ate, and ate, and ate away at the sandwhich till it was all gone then went to my chips... Some people think it's weird how I eat things.

Like for example I just finish one thing then move onto the next. It's something I find less time consuming. Though allot of people can argue,

actually... now that I think about it... the whole earth's population can argue about an eating style.. As I finished the chips, I then threw the paper plate into the trash,

Then threw the bag with it then went over to drink my bottle of soda.. Which was kinda.. large.. cause you know allot of people like large things... if you know what I mean..

Hehehe sorry I can't help myself to not make jokes but it is fair. I mean there's always a craze of things being hyper. Like I see allot of times on the ethernet.

Which sometimes I question but oh well people are people. Little scientists getting ready for the world.

After drinking the soda I belched loudly as my stomach slightly was a bit more expanded.. I was full of a big sandwhich with soda and chips.. I was a bit happy and thankfully.

No one was around to see my shirt was slightly picked up by my expanded belly and I giggled softly. As I then put the soda away and then cleaned up the area.

Before yawning, picking up my doll then going back to my room where I softly lay down on the bed and held my doll against my slightly expanded belly.

It felt kinda nice having something soft and fuzzy lay on it but if it was just a random person who you didn't know. That would be the point of being uncomfortable.

Especially if they just beg and beg and beg oh god dear lord. I had an old friend who did that and it drove me nuts till I finally said yes to them...

But that was only back when we were both 15 years of age. Now since we both moved away from each other and grown up. He doesn't really bother me anymore.

Which one I'm glad but the sad part is I barely have anyone to talk to. After I realized that I quickly turned to my pillow and stuff my face in it.

As I reminded myself not to bring up topics like that or as teenagers say I'll become edgy. Heh.. that's a funny word to say even though it has a totally different meaning.

But I digress... it's teenager talk don't question it.. otherwise allot of people will be...

Another teenage word which is kinda funny as well.. "Triggered" I say with a soft tone as I then turned around facing up at the ceiling again smiling a bit as I cheered myself up.

I then nuzzle my dolls muzzle, giggling softly then hugging it close to me before noticing that the belly of my doll was a bit expanded as well.. which was weird but oh well. Probably I hugged it to hard.

As I looked at my iPhone as the metal cover on the back was as cold as the winter snow. Below the negatives, so I quickly dropped it as it landed on it back on my belly as the cold backside.

Of the phone spreaded onto my belly as I shivered slightly.. but I didn't want to move it because mostly my belly was a bit to warm and I wanted.

Something nice and cold to rub against it, so I softly smiled and left it there forgetting to check the time as I slowly fell asleep.. hugging my doll against my chest.

As my breath slowed down as well as my heart rate. I didn't make a single sound.. allot of people would think I'm dead after sleeping for an hour or two in a very cold room.

Because I never move around in my sleep sometimes and also my breathing is slowed. To the point where even if I breath in for awhile it never seemed like I moved.

As well as my breathing is very quiet, I do sometimes snore but not this time...

So this I just finished a few minutes ago and I'm going to make the character after the 4th or 5th chapter I don't really know yet.
But I really hope you like this story. Also it would be really nice if you could criticize it as well I would really love that. But you don't have to if you don't want to.
So hope you enjoy!