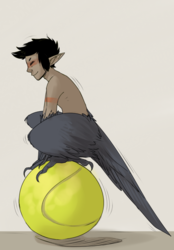 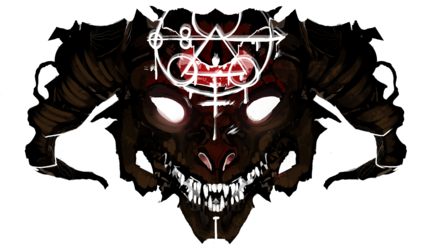 Shaun is an old oc of mine, that i decided to redraw.
Alien shifter, kinda like a werewolf, only not affected by the moon, and just stays what he prefers, which is usually alien till he needs to blend in.
putting shoes on him is like putting shoes on a dog, he'd walk funny and eventually trip and fall.
so no shoes.

his mouth is big and goes sort of from ear to ear, even as a human, one of the reasons he is quiet, talking usually shows that something is wrong and also English is hard.
when he does speak its usually quietly and with a bit of a wonky accent, and lots of thinking. and word combinations that are sort of wrong.

he eats almost anything, but mainly meat. often people.

alien form can climb, is sort of tiger-like in its build but is a good runner too.
has many teeth. stomach acid like a pro.
fuzzy feet, silent footsteps <:

the type of alien if looked upon as a plague, as when they appear on a world they eat and breed till they are the only thing left on it, hard to kill, will eat each other if there is weakness in a group. hibernates when there is nothing left to eat.

they adapt to the creatures on the planet they find themselves on, sort of took a bit of inspiration from the HRGiger aliens, Shauns type is cave dwelling and doesn't have eyes, uses a strange form of soundless echolocation. gets confused by water. human form has rubbish eyesight.

Shaun isnt very good at being a human.