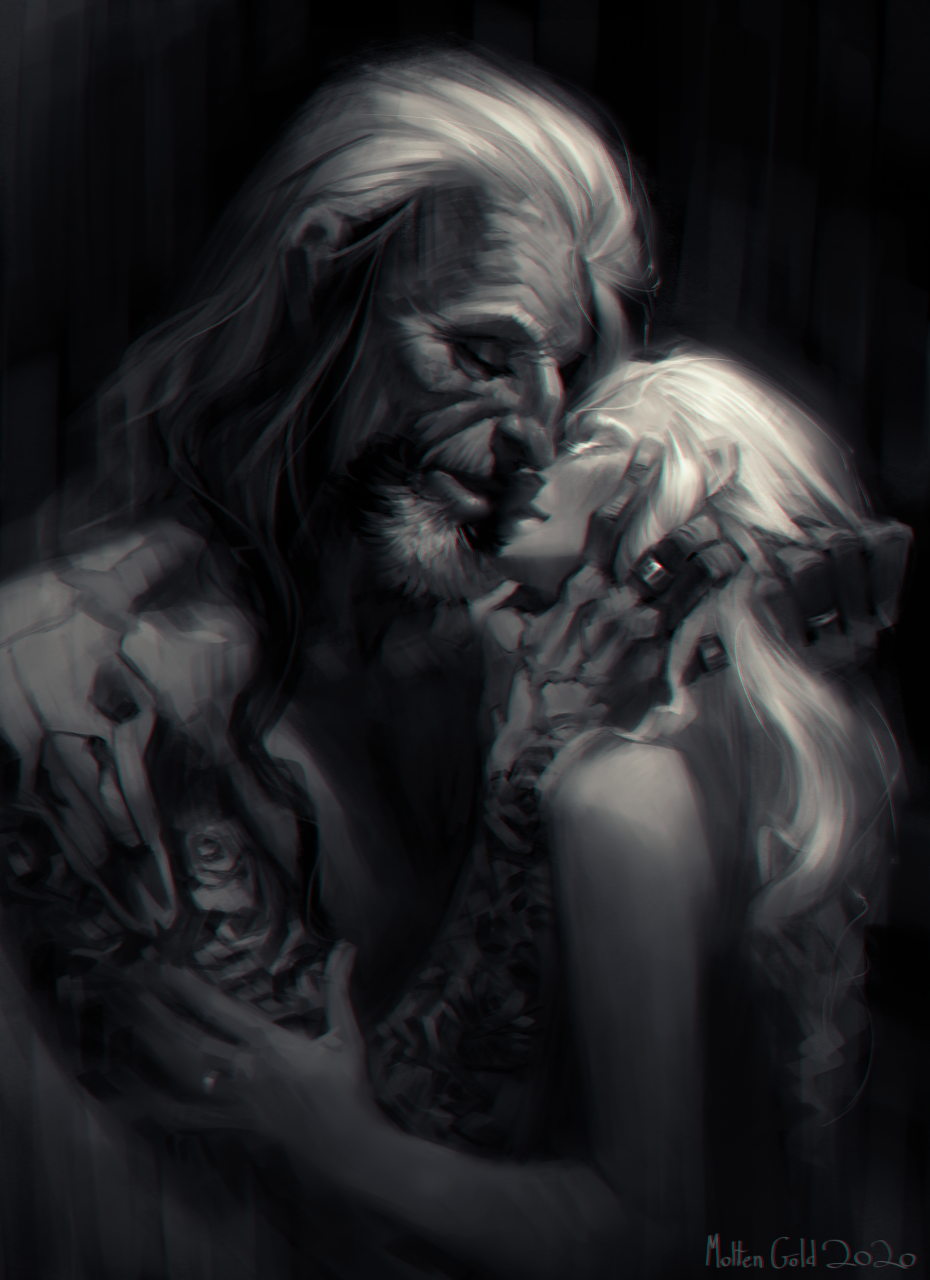 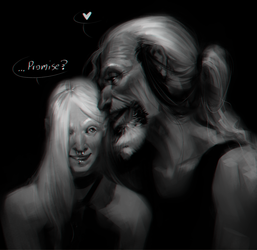 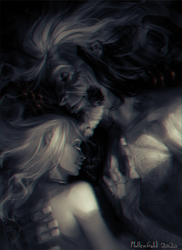 A few months after Ila was born, Idris got a white ink tattoo of a half-bloomed rose on the inside of his forearm and officially completed his sleeve. It's all but invisible after twenty-seven years and him being dark-skinned to begin with, but if you know where to look it can still be seen.

They both know where to look. ♥

I wrote a short story in this AU that I’m stupid proud of too, haha. And I’m sharing it outside of SubscribeStar - been a while since I’ve done that. Ila is mine, Idris belongs to my husband SpottyJaguar ♥

MASQUERADE | AO3 MIRROR
In the years following the theatrical comeback and curtain-close finale of the Arabic symphonic metal band Elk Garden, the aging, anonymous frontman - The Black Stag - wants to give a gift to his daughter...