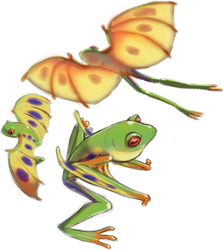 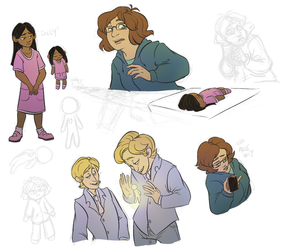 This pretty much sums up my experience with the Art Institute of Pittsburgh: Online Division, whom I've been dealing with for the past week. The advisor I spoke to was polite, but extremely manipulative. His language is essentially like that of a used car salesman. I'm still trying to get off their roster before my "classes" start...

I'm not a great talker, especially on the phone. Not that I don't talk. I talk WAY too much, without really saying anything of value. Except "I don't know what I'm doing, please take advantage of me", apparently. I'm a goddamn pushover with very little self-esteem. I know. It's hard for me to realize that I'm being used until it's too late, but I'm "too nice" to tell people to fuck off when I need to. I'm trying really hard to stop that.

TL;DR: Don't trust the Art Institutes. They'll pressure you, manipulate you, and use guilt to convince you that you need them. You don't. You honestly don't.

For more information about why you shouldn't trust the Art Institutes, give this post a read.