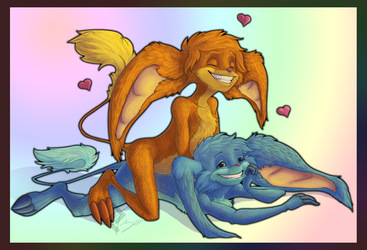 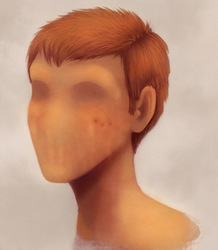 I had a dream a few nights ago where I was walking through a parking lot trying to find my car, and in its place found a massive hole/cave. I stepped down into it and found a bunch of little green people that... basically looked like Planet 51 style Norns. They had quiet but high, gibbery voices. Then I found out they wanted to use me as a sacrifice, so I ran behind some rocks and ended up in some guy's house, who wanted me to go back into his closet to go back to his creations. After some confrontation with both of them, the guy locked me into another room and apparently decided to give me a break by having me magically transform into one of them. Then the green people accepted me into their world and nobody was sacrificed (except maybe my human form). HAPPY END.

The monkey-like critters at the bottom (traditional pencil) are completely unrelated ideas for much less evolved forms of my taliks.