"Punching "Nazis" Gets You Shot, Yiffing Everything Gets You AiDs"

Whlp you found me so I guess I should say something!

The Name is Mizu, I'm a Western Sergal living on the outskirts of Gold Ring (hey, I hate crowded places :/)

Personality: I enjoy gaming and chillin with my friends on Skype or Steam. I hate Drama furs: people who have emotional roller coaster every time the wind blows. that shit really blows my high. Also, I don't give a fuck about your kinks, religion, or whatever it is you do behind closed doors, i smoke pot and i game... that's it

"Dark humor is like a kid with cancer, It never gets old.﻿"
"If I had a dollar for every gender, I'd have $2 and a shit load of Monopoly money.﻿"
Types Of Known Genders: Male, Female, Shemale, Hemale, Email, Snailmail, Seawhale, Fairytale, Christian Bale, Ginger ale, Hay Bale, Black Mail, Farmer Dale, Folktale, Inhale, Exhale, and Scale﻿

Main Sona's
MQ-7: i have to say i really love this guy and his lore story. my first villain with a purpose
Mizu/Skull Mizu: One my first sona's who turns out to be a tragic hero, will he turn villain... i honestly don't know
Mizu The Husky Pup: This started out as a joke sona with a friend that turned out to be one of my main sona's. What if mizu had a twin femboi brother who wasn't a sergal?
Arkadia De'mia Cedusa: My Awesomely Evil Naga who does all my RP/ERPs,And she has a small story to her

Sub Sona's
Leon: The Dutch Angel Dragon
Lieutenant: which belongs to my room mate
Reese: an awesome OC i adopted, really need to get more art of her
Leah: Gift For a Friend
M-2483: Maker is K-2003

Most recent: Watch Your Back (Gift Art) 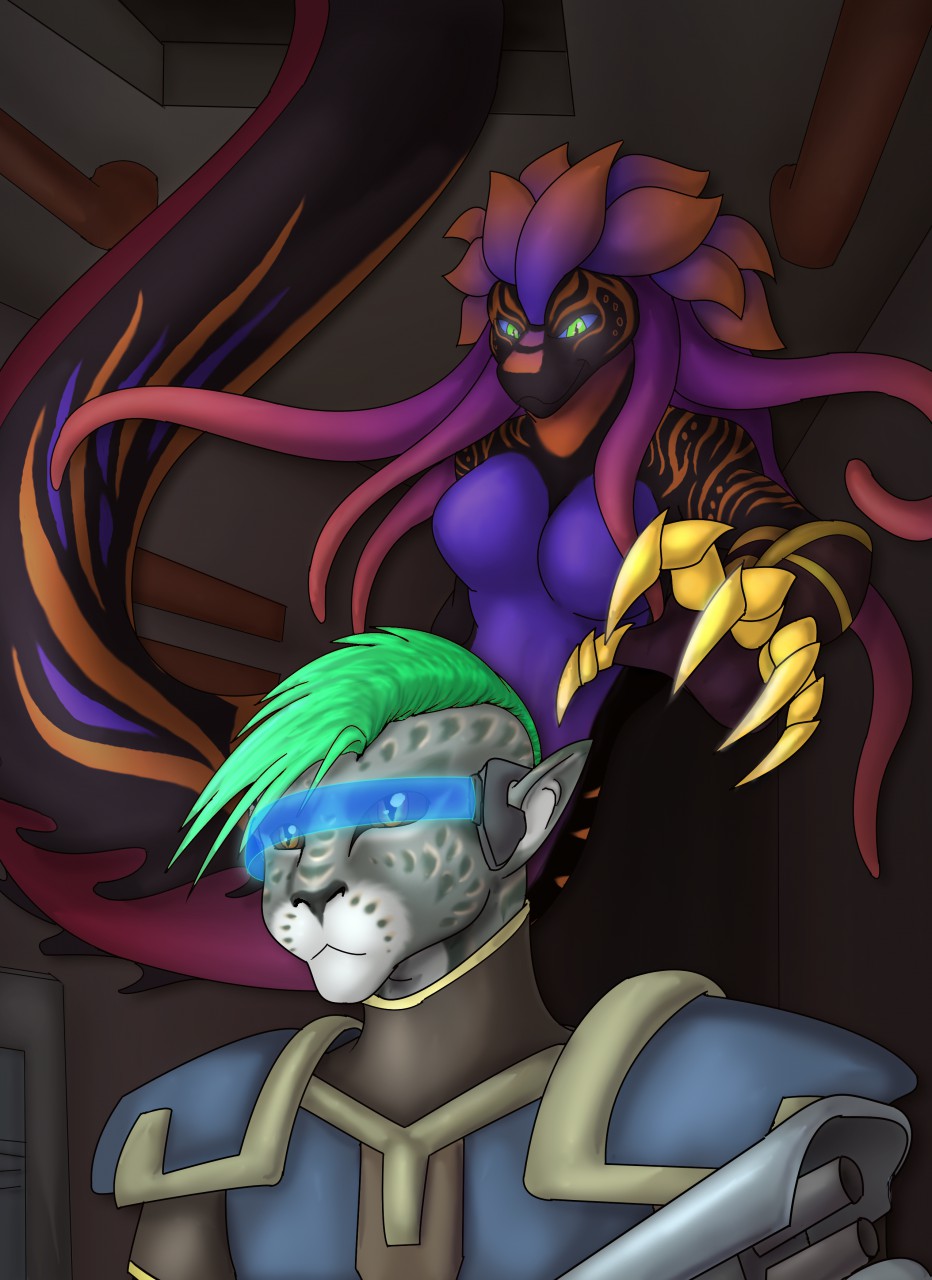