Chillin' With My Bitches by MizuSilverwolf 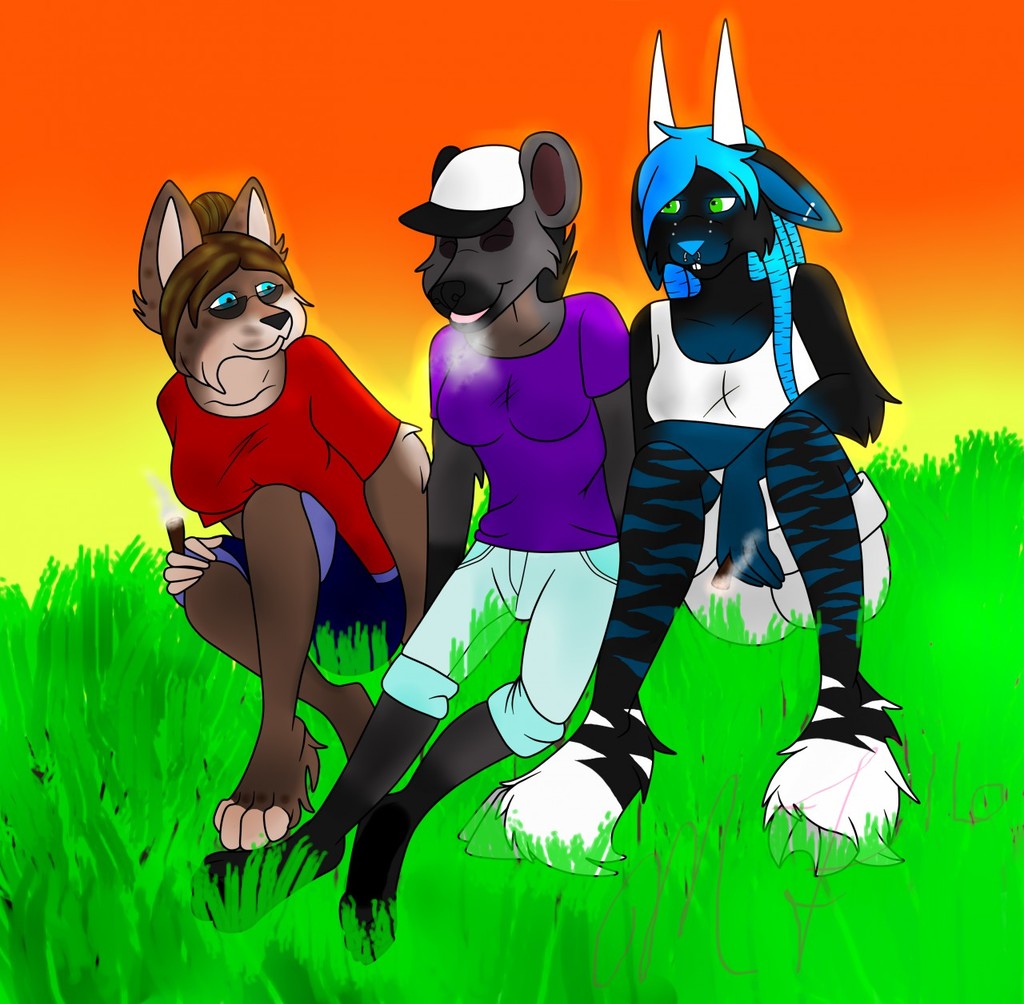 Folder:
Gifts-Commissions (not my art) « Older 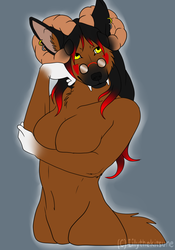 Chillin' With My Bitches

I asked my sister to draw a pic of Jackie and two of my friends together, after we all hung out one night. I had one hell of a time trying to explain "furries" to them XD so i didnt try. My response: "I make animal characters of friends and loved ones based on their personalities" Which they were okay with and worked for me XD The fun part was trying to sit there and decide who should be what. For one, i immediately decided hyena. She asked why, while being slightly offended, so i began to explain.

Me- "In hyena society, the females are the dominant ones, and the ones in charge. You're dominant for a female."
Hyena- "Okay, why else?"
Me- Well female hyenas also have whats called a pseudo-penis, meaning they have an elongated vagina that looks like a dick."
H- "Why does that apply to me... "
Me- "Well, you like to act like you have a dick, soooo..."
H- "Oh okay! Makes sense, and i laugh alot, so that works for me"

The cat over there was much harder to decide on. Couldnt decide between a doe or bunny, because she's so timid and quiet. Then it went to a bird, since she likes to drive around and be free. It hit me that a cat would be perfect for her! As she, like a cat, will have periods of time where she wants to be surrounded by friends, and other times where she just wants to be alone. I relayed the info to my sister and she got to doodling ^^ This pic took so much longer then normal. Designing the other two being the first roadblock. The next being that i didnt draw this out myself, so i had trouble figuring out some of the lines, but i wasnt used to it already, like i would have been had i sketched it. 12 hours of work over the period of three days x.x six done today, my hand hurts x.x but i love the results!