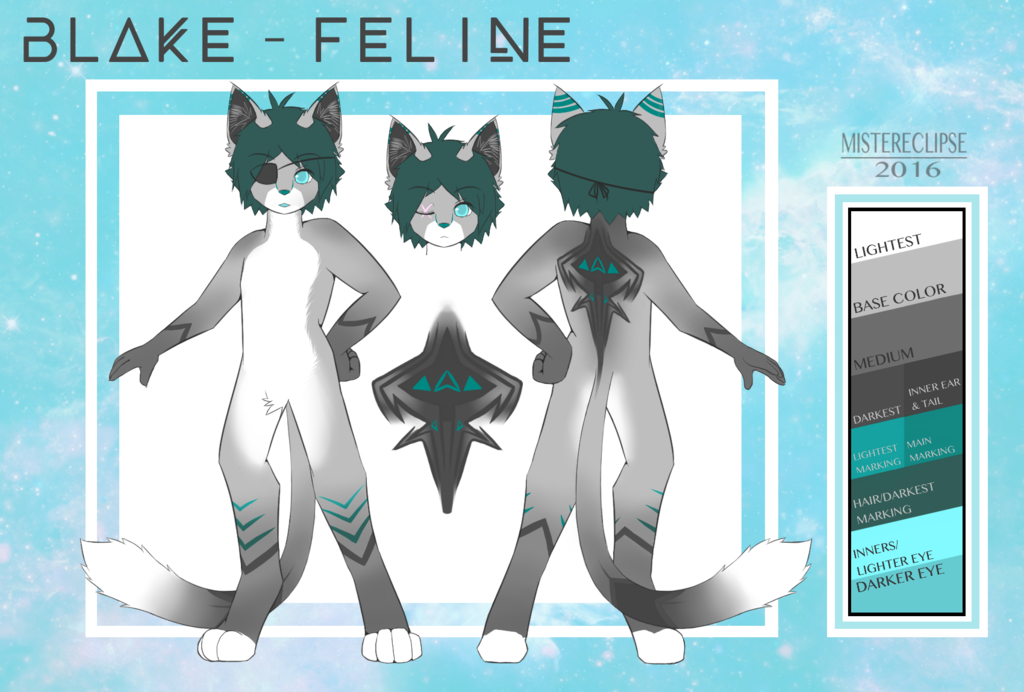 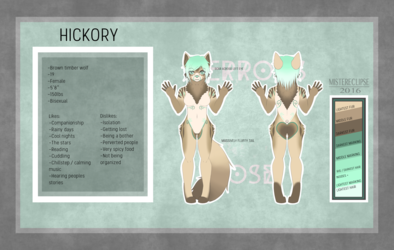 Uploaded from my FA!

The lineart would take a while for me since I'm starting to begin to change my style a bit to make it... better, so I used the old reference sheet as a base for this one. Therefore, he is SEMI-updated. xD

SO I've been working on this recently. ovo This is my new design for my sona, Blake! He's feline, as you can very well see from the fancy font above.

I decided to change him because I felt like old design no longer suited him. He looks plain and rushed, so I redesigned him to be a little closer to what I'd ideally have him as.

He's actually much taller than he looks here. As I said before, I just redid the old reference, so he still doesn't have his proper height. His proper one is seen here. He's 6'0", basically.

So uh... Yeah. Let me know if you like the changes, and what you think of them! I'll also eventually be adding a background to this, explaining his eyepatch and his scar, as well as the marking on his back n such. Until then, just let me know your thoughts!