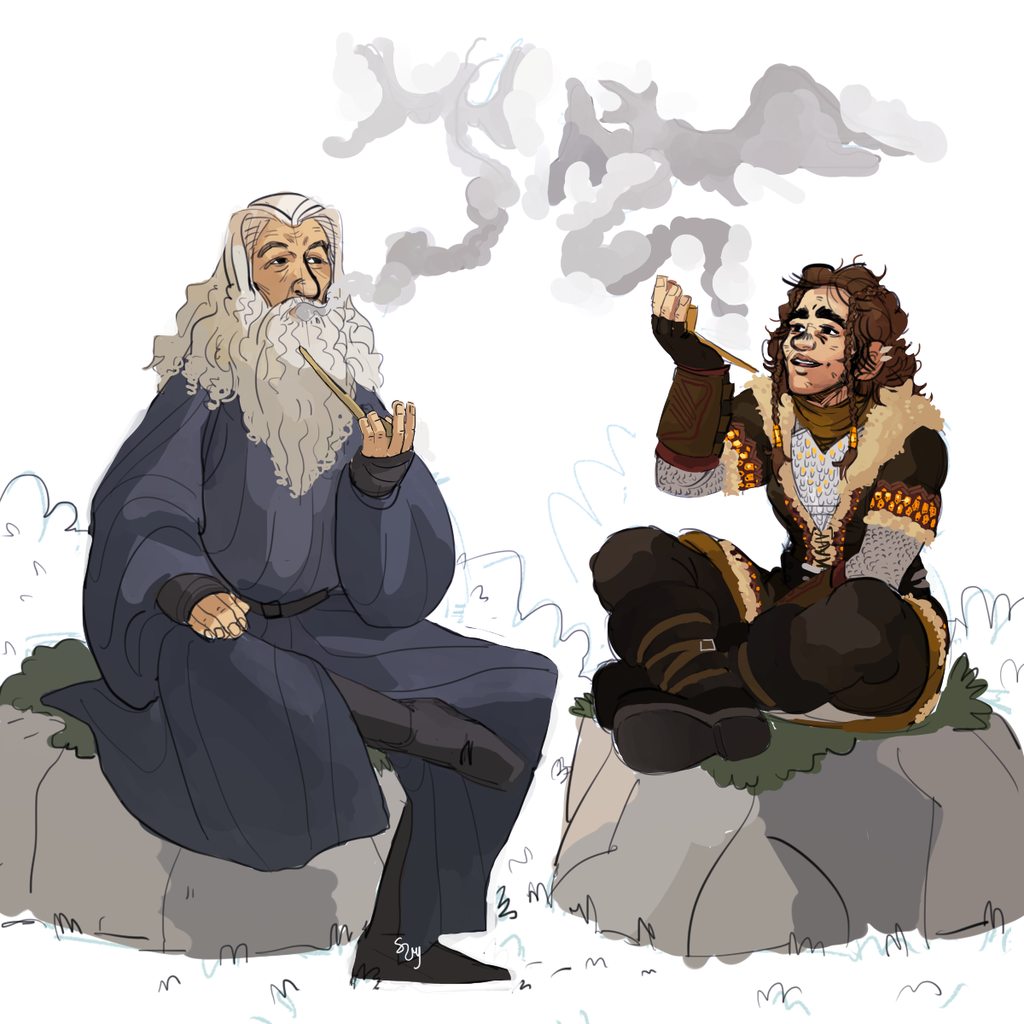 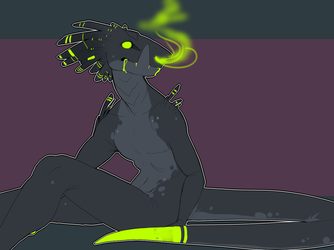 Auex meets Gandalf!
Everybody's favorite wizard better late than never. But a wizard is never late, nor is he early. He arrives precisely when he means to.

The thoughts behind this were that we see Gandalf smoking his pipe quite often into moving smoke images. Auex learned how to make smoke images at a very young age. Dragons are notorious for their intricate smoke images and naturally her father taught her how. Her's can move a bit but not as much as Gandalf's or the dragons' can. Her favorite image is obviously a dragon because it reminds her so much of her father, which so does Gandalf. So they both enjoy smoking their pipes together for a bit of peace between travels and battles.

art by blahzilla on FA