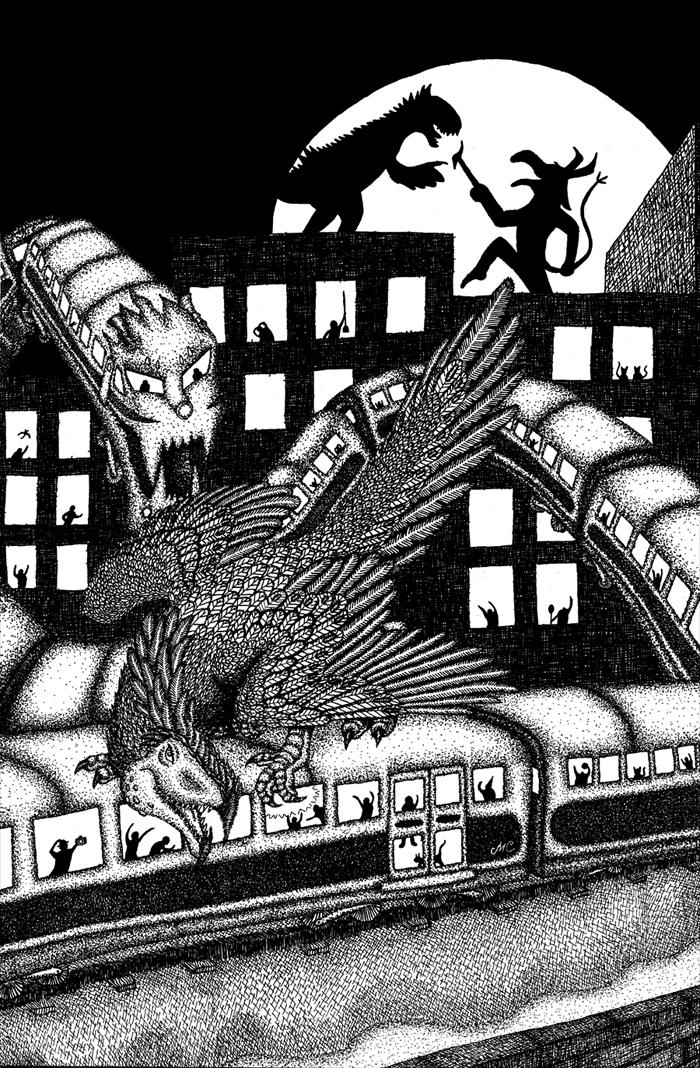 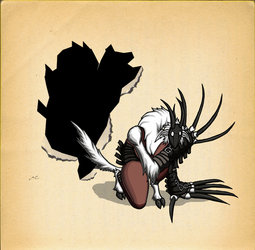 Seth, the Egyptian god of Chaos, got bored one day and decided to see what was happening in the other dimensions. In one dimension he saw a giant bird like creature stopping around a city and he thought,

“This could be fun! Lets add a bit more chaos.”

Then with a quick glee of a laugh, he made the train come alive and watched from the roof as it attacks the bird creature. But he was soon interrupted by an Utahraptor that shouted,

“The more the merrier,” Seth laugh, “since the fun has just

Will Altair and Terazed stop Seth from messing things up? Or will they find a way to both please each other?

This piece is for *Terazed contest. As you can see in the pic, Altair is being attacked by a train while Terazed is trying to confront Seth in the background in front of the moon.

Seth is an Egyptian god from the Egyptian mythology that I sometimes use in my setting. And the train is what I made up for this pic and was model after an old train set I use to have when I was a kid.

This was inked with microns on a 11x17 paper.