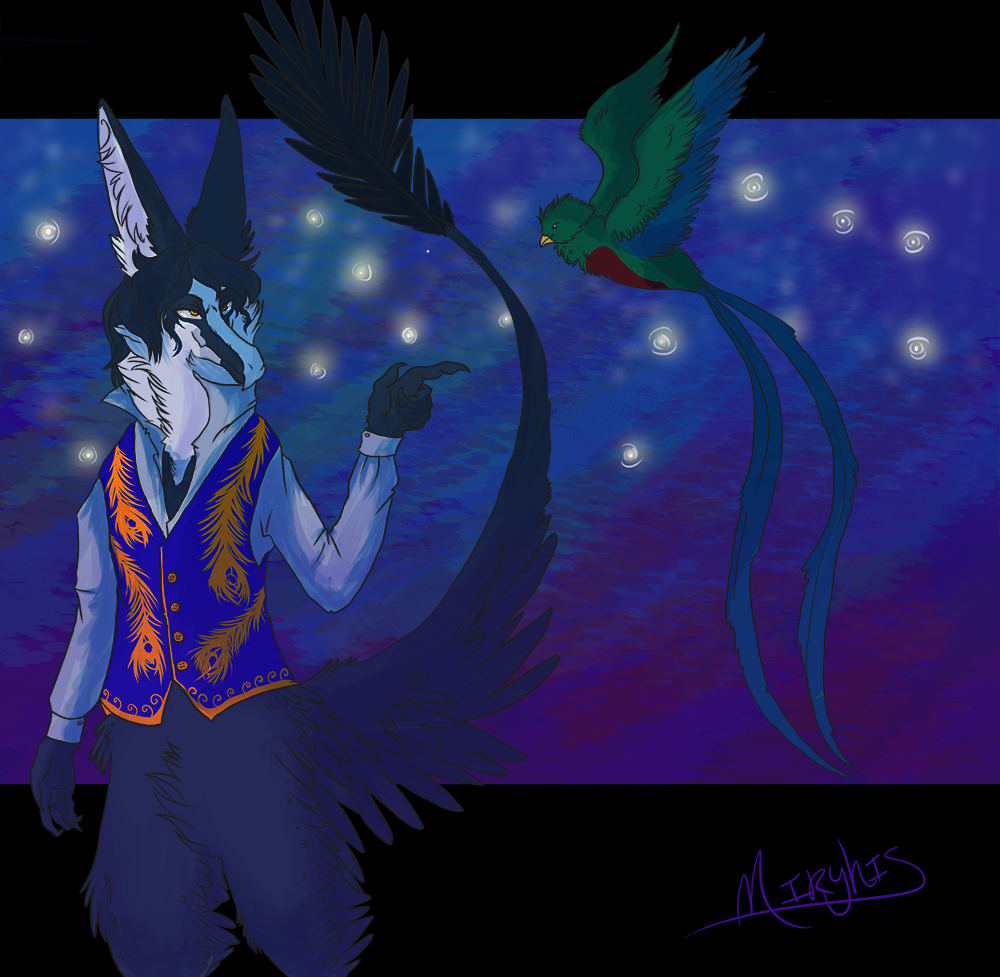 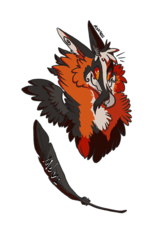 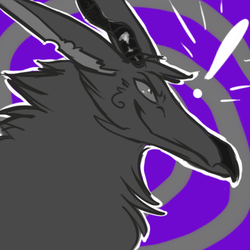 "I don’t know why you’re asking, I guess you really do care. She was a gift from my brothers, so I kept her. As the years went on I realized that I need her. If I don’t have her around me…I’m almost sure I’ll regress and go mad."

This is very old line art, I just recently colored it. My friend (Thank you, Jekal!) helped me with it wayyyy back when I first drew it. This is Iyolyn and his pet bird. His design has changed slightly (which just tells you how old this is, I think I drew this back in March), but it’s just his tail. He’s emulating a species, and he passes as it, but he has an “odd” tail. The species he's imitating is pretty low on the social ladder, wow that sucks. I also love how his eyes came out.